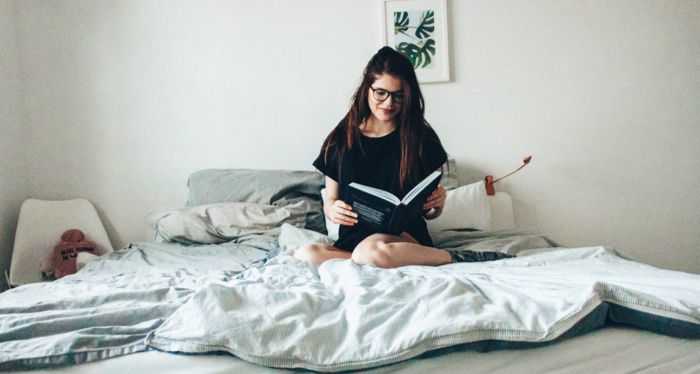 It occurred to me the other day that the short story is the perfect gateway into any genre. It seems like this thought came to me rather late, considering how long I’ve held that the short story is the perfect form, but here we are. Now that I’ve had the idea of using short story examples to define genres, I could not resist the urge to share it with Book Riot readers. So here is a short story example (or two) for every fiction genre. These are all free short stories online, and I’ve paired every story with a novel in case you need more of that genre right away.

Please note that I will not cover larger categories here, so there is no YA (for example) as young adult fiction can be any genre. I have, however, made an effort to include stories from as many age categories as possible. Also please note that many genres have a ton of crossover, and I’ve done my best to include a variety of stories without including literally every possible sub-genre because good lord, there are so many.

Is there a genre that you’re curious about? One that you’re sure you’d hate, so you’ve been avoiding? If you’d like to expand your genre horizons, this post is for you. 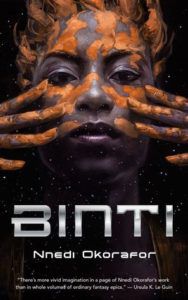 Stories set in a world that is distinguishable from ours by advanced tech such as space travel, or by imagining new uses for existing science.

How To Say I Love You With Wikipedia by Beth Goder: This sweet, heartwarming (and heartbreaking) story imagines a slightly different version of the Mars Rover—one that has feels.

Further Reading: 15 Science Fiction Short Stories to Take You Out of This World

Typically set in the age of steam, these are sci-fi stories using the tech of that time period.

Memories in Bronze, Feathers, and Blood by Aliette de Bodard: A story about the aftereffects of war told by the metal and blood birds created by a former warrior.

Fantasy set primarily in our world, with a magical or fantastical element.

Some Gods of El Paso by Maria Dahvana Headley: Vix and Lorna illegally trade in emotions they take from other people in 1920s Texas.

Fantasy set primarily in another world, including sword and sorcery.

Do Not Look Back, My Lion by Alix E. Harrow: This story takes place in a world with very different rules than ours, as is apparent from the very first sentence: “Eefa has been a good husband, she knows, but now she is running.”

A fantasy story in which characters travel from one world (usually ours) to another, this genre bridges high and low fantasy.

A Witch’s Guide to Escape: A Practical Compendium of Portal Fantasies by Alix E. Harrow: Yeah, I included two of Harrow’s stories here. I love the contrast between them, as it perfectly illustrates the wide variety in fantasy writing. This story won the Hugo for best short story, and it deserves it! In it, a librarian witch breaks the rules to help a boy find his way into the right story.

Often for children, these are stories in which a magical being or force propels the plot or helps the protagonist.

El Vendedor Y La Bruja or How Eduardo Found His Heart by Laura Diaz de Arce: fellow Rioter Laura wrote this beautiful new fairytale about the unexpected ways love can flourish, even for a man who thinks he cannot love.

Along with legends and fables, these are the stories that explain the world through fantastical beings and gods.

Personal Rakshasi by Suzan Palumbo: Priya is the only one in her family who can see the Rakshasi (a Hindu being, also called a maneater, that can be good or evil) that talks to her and promises to make her suffer for her art.

Book Rec: Circe by Madeline Miller (you knew it would be Circe, right?)

Sci-fi/fantasy/horror stories in the vein of H.P. Lovecraft, ideally with less racism. I hate that there’s an entire genre based on Lovecraft, but I love the myriad ways modern authors are turning it on its head.

The Oldest Solution by Priya Sridhar: Former Rioter Priya’s Old Ones are fascinated with humans, and working to help us with our problems.

Book Rec: The Ballad of Black Tom by Victor LaValle

Latinx post-colonial stories in which a magical element is a normal and accepted part of life.

Dos Palabras (Two Words) by Isabel Allende: Belisa learns the power of words and sells them to earn a living. When she sells a colonel the words for a speech, she gives him two secret words and he becomes enchanted by them.

Book Rec: Like Water for Chocolate by Laura Esquivel

Stories set in the real world with a fantastical element, these are distinguished from low fantasy by the thinnest of lines.

The Prospectors by Karen Russell: a ghost story set in the old west, this story is about far more than the elements it is made up of.

Stories where a mystery is central to the plot and is solved at the end.

The Adventure of the Sealed Room by Andy Weir: a Holmesian mystery starring Moriarty by the author of The Martian.

Stories—often mysteries, but rarely straightforward—that rely on tension and keep you wondering what’s going to happen next.

The Polaroid by Renee Roberson: a kidnapped girl, help captive for five years, learns that the outside world has realized she and the boy being held with her may still be alive. Content warning for implied sexual assault.

Nihilistic crime fiction, often—but not always—told from the criminals’ POV.

Come to Jesus by Stephen Blackmoore: Heather’s brother steals her savings and she goes to get it back. Content warning for drug use, violence, gun violence, sex work and anti–sex work language, and discussion of STIs.

Fiction set in the past, generally realistic in nature.

A Cut-Purse Rethinks His Ways by Kate Heartfield: Pinch makes a wish on a bent sixpence and suddenly things he lost start turning up, leading him back…where?

Book Rec: The Queen of the Night by Alexander Chee

Fiction set in the American West, primarily in the 1800s.

Prairie Fever by Annika Barranti Klein: What would it take for a woman with no choices, stuck in an unhappy marriage and listening to the ceaseless winds every day, to find satisfaction? (Disclosure: I am the author.)

Stories in which the love story is central to the plot and ends happily.

The Goddess of Small Things by Courtney Milan: Written before any of her novels, this was an entry in a writing contest with a prompt. In it, a suspicious Earl tries to learn the true identity of a beautiful and mysterious woman at a ball.

Scary stories to read in the dark.

Hover by Samantha Mabry: Daisy can see a ghost in their new house; her sister Rebecca becomes obsessed with it.

Book Rec: The Haunting of Hill House by Shirley Jackson

Stories, often horror, in which the place is a character and there is a distinct sense of foreboding.

The Crow Palace by Priya Sharma: Julie returns home after her father’s death to assume responsibility for her disabled sister, but she finds family secrets that only the crows can tell her. 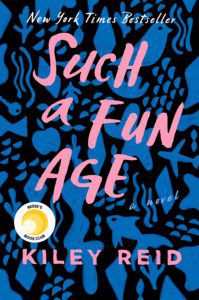 Stories in which the writing is the primary draw, these often focus more on characters than plot.

Breathing for Two by Allison Light: She knows Hal is stealing the rubber ducks, and she decides not to say anything.

Book Rec: Such a Fun Age by Kiley Reid

Stories that are specifically about growing up, AKA bildungsroman.

Love is Done at the Seat of Your Pants by Lyndsie Manusos: Jess deals with the fallout of a boy on the swim team dying, while also dealing with pressure from her boyfriend to have sex. Written by a fellow Rioter!

How long is a short story?