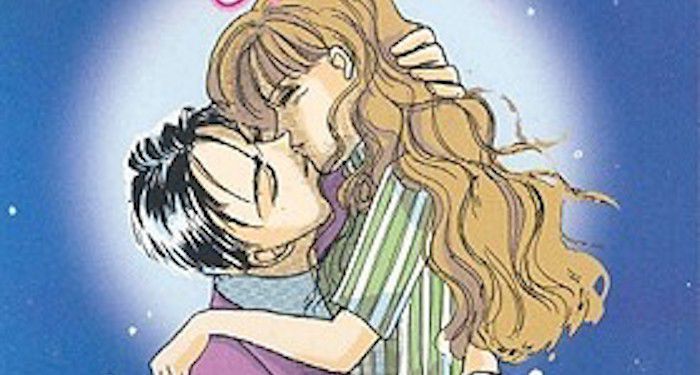 Romance series make up a significant chunk of the manga market. Not only do contemporary high school romances pervade the shoujo category, many fantasy titles feature strong romantic subplots. Look at Yona of the Dawn, Snow White with the Red Hair, and Kakuriyo: Bed and Breakfast for Spirits. And romances aren’t just limited to shoujo either. Many josei manga are romances as well, albeit for an older audience than the intended shoujo reader. Given how large both the shoujo and josei categories are, we have lots of options. But guess what? We have even more thanks to another category: Harlequin Manga.

The Birth of Harlequin Japan

The existence of Harlequin Manga might surprise you. In fact, you might not have known it even existed at all. But true story: it’s been published in Japan since the late ’90s before it returned to the English-language market a handful of years later.

Harlequin Manga got its start thanks to the global popularity of Harlequin romance. For many people, Harlequin is the brand most associated with romance — with all the pros and cons that connection may entail. And it’s the strength of that brand that led Harlequin to enter the Japanese publishing market in the 1970s.

Of course, the move required some work. Translation, for one. Cultural research, for another. Not all romances are guaranteed acceptance in the international market, after all. For example, it should surprise no one that the cowboy — a staple hero of American romances, especially from that era — wasn’t appealing to the Japanese reader. Rich heroes, however, are timeless and eternal. As a result, Harlequin Japan’s editorial division needed to select the titles most likely to succeed in their target market and then translate and edit the books for the Japanese reader.

Over time, Harlequin Japan gained a foothold, and by 1987 they made up 40% of the British and American fiction being published in the country. That’s nothing to scoff at, but the sales still fell short of the company’s expectations.

The Emergence of Harlequin Manga

As we’ve covered over the years, manga is big. It’s popular in North America and it’s huge in its home country. For those who don’t know, Japan is the largest comic book industry in the entire world. Given that market share and the lackluster sales of the traditional books, Harlequin Japan looked to manga as a new opportunity.

All Harlequin Manga titles come from their Japanese book catalog. Editors select titles and then work with artists to adapt them to the comic format. The process is intensive. The artists draw character sketches and summarize the original novel so that they can fit it into a manga structure. From there, they work with their editor to bring the story to life via panels and dialog balloons. Depending on the work involved, it can take anywhere from three weeks to four months to adapt a Harlequin novel into a manga.

Harlequin began to enter the Japanese manga market in 1998. Around this time, the North American manga market was beginning to grow. In a few short years, the industry would explode into the manga boom of the 2000s.

So, in effect, the English language versions of Harlequin Manga are adaptations of the Japanese versions, which in turn are adaptations of novels, which are also translations of the original books! Isn’t that wild? Translation is an art form, where clarity and cross-cultural context must be considered, so it makes you wonder how the English-translated Harlequin Manga compares to the original English-language Harlequin romance novel.

Harlequin Manga first launched in North America in 2005 with two titles: A Girl in a Million written by Betty Neels and Kako Itoh and Response written by Penny Jordan and Takako Hashimoto. And it’s been releasing titles ever since.

Where Can I Buy Harlequin Manga?

These days, Harlequin has rebranded their graphic novel line as Harlequin Comics and largely makes them available in digital format. As with most digital manga these days, you can buy them at multiple online retailers like Amazon, ComiXology, and Google Play. What’s interesting, however, is that Harlequin has partnered with Japanese company SB Creative Corp to maintain a digital storefront called Romance Comics.

If you’re a Harlequin romance fan, this site is for you. Not only does it feature Harlequin Comics, it also features romance manga from other publishers like Kodansha, Akita Publishing, and Coamix. The trick is that it’s an international platform, so make sure you’re buying an English-language edition.

Other posts that may be of interest: