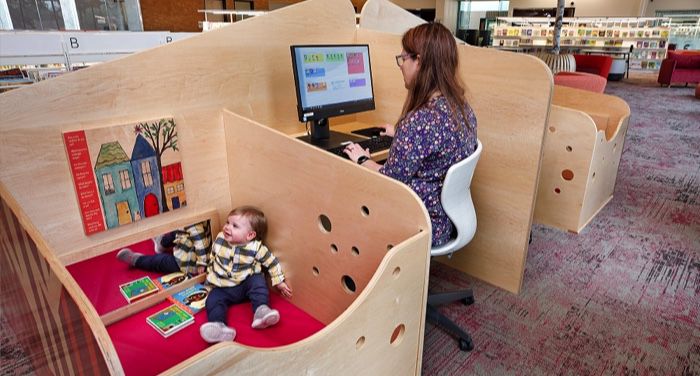 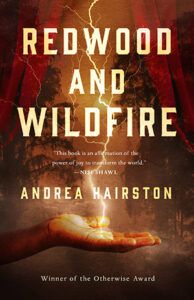 Andrea Hairston's award-winning alternate history adventure transports readers to turn-of-the-20th-century America, where diverse audiences hunker together in dark theatres to marvel at flickering images. Redwood, an African American woman, and Aidan, a Seminole Irish man, journey from haunted Georgia swampland to a "city-of-the-future" Chicago. They’re gifted performers and hoodoo conjurors, struggling to call up the wondrous world they imagine, on stage and screen, and in wounded hearts. The power of hoodoo is the power of the community that believes in its capacities to heal. Their search for a place to be who they want is an exhilarating, painful, magical adventure.

There is absolutely no doubt that libraries are – and this is not an exaggeration – life savers. People running them wake up every day and think of ways to serve the community better, as if providing books practically for free was not already a damn fine work.

As a child and young adult without many means, libraries allowed me the freedom to read what and how much I wanted, and since a big part of my life are books, I am forever indebted to them for bringing nothing but joy into my life.

I’ve written about libraries a few times, and I can’t help but feel there is always more to say. I could be writing a love lever to libraries daily, and still come up short of expressing all I want to about them and how much they mean to me.

Lucky for me, books were pretty much the only thing I was missing growing up, and libraries filled that gap. But as I became more interested in the actual work of libraries, and started researching further, I understood that borrowing books and offering people a safe space to work and sit for a few hours is really the minimum they do: they provide a whole array of services to a community – from technology assistance to being a catalyst for their local communities – and they deserve every single penny sent their way; in truth, they deserve a lot more than that.

And yet, despite knowing about all of the (practically) miracles libraries and library workers perform, I am always baffled when they come up with yet another amazing idea to improve the lives of their communities.

Last week, while scrolling through Twitter, I stumbled upon this tweet, bringing awareness to the existence of working stations for caregivers, available at the new Fairfield Library in Henrico, Virginia:

The tweet went viral, and brought with it several reactions, all positive and enthusiastic. They made clear how much these stations can be valuable for parents and educators anywhere.

I spoke with Patty Conway at the Fairfield Library, to learn more about the initiative and how it has been received by the library’s patrons.

In 2017, when the Fairfield Library started being built, director Barbara Weedman “proposed an idea for a computer work and play station for parents” after having observed throughout her career “how parents and caregivers of small children can struggle to use computers in the library with their little ones in tow.”

Several librarians have taken notice of this issue, and when it was time to build the Fairfield Library, Weedman started a collaboration with Quinn Evans architects and designer Shannon Wray, which in turn approached TMC Furniture to create a custom design in order to bring these stations to life.

When the library opened in 2019, the stations became regularly used by parents and caregivers with small children. “We received lots of positive feedback from community members in the Fairfield District of Henrico. The local community had been highly involved in the design process, attending meetings and giving direct input, from which we understood that there was a strong desire for this library to support young people and families. The Work and Play stations are an innovative way for us to do that.”

The pandemic, like with everything else, “made it so that these units saw less use than they would have otherwise, but it is clear from the outpouring of support and love from our local community we have received after these went viral, that the impact of the Computer Work and Play stations has been felt here in Henrico”.

TMC furniture has named this first design The Fairfield, and they offer updated models with a couple of design differences for those who wish to implement these in their own libraries and working spaces.

The stations are mostly used by mothers and their young children. “What has been interesting is that the units were originally designed for babies and toddlers, but we have seen that even older children like using these. They enjoy having a comfortable place to read, and parents and caregivers appreciate knowing their child is nearby and comfortably occupied with a great book.”

The stations look very neat; they offer caregivers a good amount of privacy, and the cots are big enough to fit even a small child comfortably, making it perfect for babies, toddlers, and younger kids.

But these stations are just a fraction of what the Fairfield Library has to offer: “The Fairfield Library was designed with lots of input from parents, families, grandparents, and people in the community otherwise passionate about supporting youth,” explains Conway. “It came up time and time again in our planning sessions with Quinn Evans architects and our local community members: residents wanted spaces that could help young people and families learn. So not only do we have the Computer Work and Play stations, but we have study rooms in the Children’s area of the library, we have a Youth Conference Room for young people to do group projects.  There is a Family Comfort Room with dimmable lights that can be used for breastfeeding or to calm a child. The entire second floor of the library was designed for parents and caregivers to be able to visit the library as their children grow. There is a central Family Collaboration Zone on the second floor that would allow a parent or caregiver to centrally locate themselves while their children of different ages explore the Children’s area on one side, and the Teen area on the other. Sight-lines were a big part of the design, and it is easy for parents and caregivers to look across the children’s area or the Family Collaboration Zone to see where their young ones are at all times.  All of these unique features support caregivers and young people learning at the library.”

A lot of institutions tend to see working parents as a nuisance; I still remember reading #Girl Boss, with author Amoruso remarking that a parent who brought their child to a work interview at her company would immediately be rejected because it is unprofessional to do so.

This is a common view on parents: there’s tons of excitement about other people’s babies, so long as those children are almost invisible once they become second plan to whatever is taking place. This obviously affects the people who need work the most. Parents with a stable income and child care or other support system are less likely to have to bring their children to a job interview.

In a society that often treats parenthood as the be-all, end-all, that same parenthood quickly becomes an inconvenience in the spaces parents are expected to occupy.

Offering caregivers solutions, rather than treating them as if they only belong in specific settings, is the way to go. Caregivers will be in these spaces; either there is a perfect solution for them and their kids, or not. It’s all about accommodation, which improves the life of absolutely everyone of us.

These working spaces should be a basic item in every library, especially low-income communities that need to use the library for research, to apply for jobs, and who might lack a computer and internet access at home, and for anyone who needs a place outside of the house to get some work done, a space that welcomes the caregiver and the child(ren) they are caring for.

It is imperative to take care of those who take care of others. If children are the most dependent members of our society, we must make sure that providing said care is made as easy and as natural as possible, while still allowing caregivers to get on with their daily lives.

I’m not a parent, and I don’t really have contact with children on a daily basis, but I was super excited to see these, because it is clear the value they can bring to the community. I hope they become common – not only in libraries, but in workspaces all around.

If you’d like to read more about libraries, Book Riot has written extensively about them, and you can find all articles here.