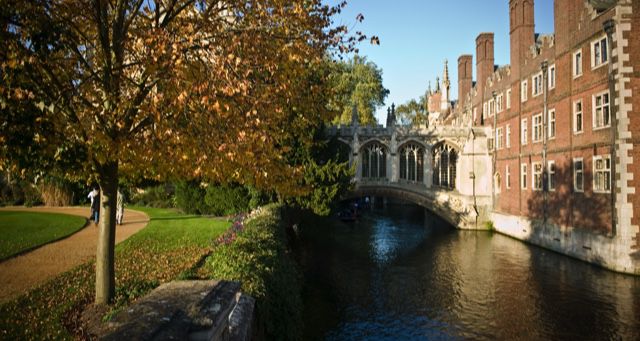 Semester goes on as it always does, with a sluggish and shivering shuffle out of bed (after snoozing the alarm three times) and through the huddle of bundled, strangely stylish young adults to a class we did the bare minimum of studying for. But, if this were one of those seductive, mysterious dark academia books, the halls would be abuzz with gossip and speculation about what the rich white kids, who sit at the back of the class in their Barbour jackets, did over the weekend.

Something like: “I heard they took some weird drugs in an attempt to summon a demon lord and ask him questions about the Chaucer homework. I’m pretty sure that’s cheating.”

Or: “I saw them hovering three feet off the ground behind the gas station chanting something about The Veil along to an audio book of William Blake poems.”

Teasing aside, dark academia books, a relatively new label for this sub-genre of sinister literary fiction, are a favourite of mine and many others. They promise dastardly deeds done under the light of the moon, dusty library avenues packed with forbidden knowledge, and an overwhelming sense of poetic sexiness.

Staple texts in this cruel canon include Donna Tartt’s moody trendsetter The Secret History, M. L Rio’s If We Were Villains, and new kid on the block, Bunny by Mona Awad, which puts a gleefully violent fantasy element at the centre of its cutting critique of academic cliques.

The connecting threads throughout these dark academia books are their typically working-class outsider protagonist (imagine a slightly more starch-collared Nick Carraway, if that’s possible), who becomes embroiled in the dangerous activities of a mysterious group of beautiful elite people who can’t go a sentence without citing Shakespeare and spend their free periods retreating into the shadows of their secret cult. Murder is a given consequence, as well as tangled webs of lies that pit the members of the group against each other, and going to class becomes an afterthought when you’re busy testing the limits of the law.

My feelings about these stories are as complicated and conflicting as my feelings about real life academia. Like real academia, I can recognise its recurring flaws, how it disguises terror with cosy sepia toned filters and long library shelves, and yet I keep coming back. What hypnotic hold has it got on me?

It’s easy to understand why people dislike these types of narratives. It’s no secret that institutions of academia are plagued with real life horror stories of racism, transphobia, and lack of mental health funding. Therefore, it can seem like these thrillers take a sideways glance at those very real and very important issues before hurriedly draping them in blood-splattered chitons and getting on with all the hedonism.

Dark academia books are, first and foremost, books about privilege being pushed to its extreme. Going to university is a privilege, of course, but now actual murderers can escape and hide from their crimes due to financial privilege, too.

However, these blemishes are glossed over with a thin coat of distracting, inherently alluring glamour. These stories say to us that this privilege is sexy: all that money and social capital allows you to access swanky coats and restaurant meals to wear them to, first edition folios and endless casks of wine to spill over their pages. It’s pretentious, but the embrace of excess is unquestionably attractive, flamboyant, and persuasive. But why do I like dark academia books when I don’t really like academia?

I read these books, and while I detest their casts because they so accurately reflect the people who enable the elitist gatekeeping of higher education, I can’t help but pine for a bit of that 1% pie.

In reality I stress almost daily about money and job prospects, hoping to escape cycles of seasonal contracts and degree anxieties. This lifestyle requires you to think in domino rows, pre-empting the chain reaction of your choices. So, is it any wonder that the seductive depictions of shadowy extravagance of ‘dark academia’ draws me into vicariously living a lifestyle I’ll never have, these terrible people becoming a vehicle for my own class fantasies: the dark desire for inconsequence.

Sometimes I want to run wild in the woods behind my manor house in a sheer frock and not worry about turning in my final paper because my father bribed the exam board and I can get a job at his company if I fail, anyway. I want to pour over ‘Ode to a Grecian Urn’ during the interval of an immersive student theatre performance of The Bacchae because I don’t have to give up my passions for a demeaning retail shift. I want the thrill of researching the hidden secrets of mortality and morality, solely sustaining myself on expensive gin and glacé cherries for a week straight because it accentuates my Byronic cheekbones and I can afford the reparative health care if I go too far.

On the other hand, once I’m tired of all the daydreaming about what I would do with a bottomless bank account, I think there is also some grisly fun in reading stories in which these people – who think they are so untouchable – fail. Fallibility tastes so sweet. The downfall of these characters tends to be as a result of their own internal conflicts and grandiose attempts at defeating some invisible higher force – death, modes of creation itself – going sour. They strive for godliness, to fashion their seat in the pantheon of the greats, and fall very swiftly back to earth and made to confront their traitorous human nature. Reading these books, having grown up in a working class environment and seeing the senseless damage created by arrogant people with money to flash and basic living requirements to exploit, it’s pretty cathartic to see them put up their own guillotine. 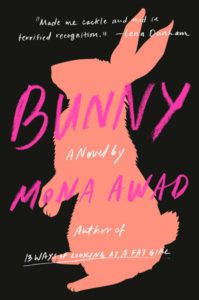 But is that all there is to it? I go to dark academia books to feel the façade of the high and mighty, counterproductively mimicking what I want eradicated? I go to it because I want to cathartically unearth my own issues with higher education and see its upholders probably kick their gold-plated buckets?

I think I like these stories for the community that they have created, and enjoy watching how fans recognise the problems of the books and then rewrite them.

These books have a diversity problem, undoubtedly. They mainly feature white cisgender men, and a token white cisgender girl, who typically spout racist, derogatory remarks (Donna Tartt’s characters are particularly bad for this). There are often various instances of queer-baiting, too. Any canon queer characters are used to demonstrate how high society circles are hostile towards LGBT students, forcing them into the closet or being outright attacked for their sexuality. Most of the representation present in these books focuses on the tragic suffering or death of said characters, which must make us consider what we want from representation. This feature suggests that academia does not welcome you, that despite the prevalence of homoeroticism in Classical literature and Shakespearean plays, academia will study queer theory as a topic and reject support of the human reality. I do not think that the inclusion of this is necessarily wrong of the book, or writers, because I believe it to be a damning criticism of the institution that the characters invest so much in.

However, when I become jaded by the prevalent racism or homophobia, it is immediately soothing to take a scroll through the Instagram tag for dark academia. You’ll find endless posts pining after dead poets, aesthetic flat-lay photos of beige scarves with their wearer wishing for the ability to revive the pouting glamour of Victorian English gentlemen in their everyday loungewear, and literature students wistfully bemoaning their recent black coffee addiction. And it’s usually unapologetically queer, reconstructing a better version things.

I find this entertaining, and it gives me hope; it says to me that regardless of the ways in which institutions – fictional or otherwise – attempt to destroy or erase the innovation of oppressed people or marginalised groups, there will always be fringe groups who parade their complete rejection of the source material and make it their own. This ownership over dark academia gives me the courage to keep going with real academia; to forge a space again in the gaps and achieve immortality in the sharing of ideas without boundaries.  This ‘dark academia’ reminds me not to take things so seriously, to see the rot in the foundations of an institution I can’t stay away from, and build my own school in defiance.

This time, the doors will be wide open.