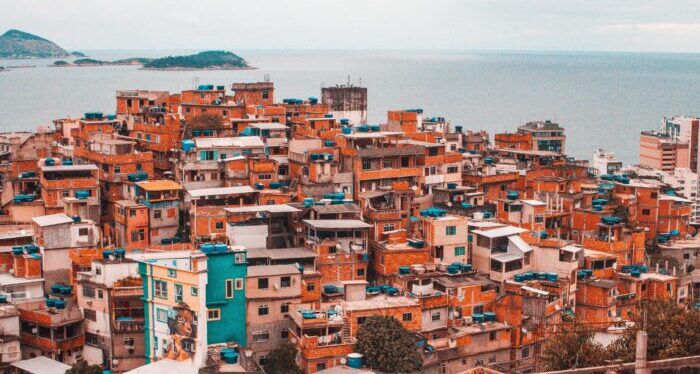 Brazil is the largest country in South America, covering more than 47.3 percent of its land area. It was colonized by Portugal and achieved independence in 1822, so Brazil’s official language is Portuguese. For years, Brazilian authors have been writing stories about love and pain, about corruption and the cacao plantations, about loneliness in the country and the chaos of city life.

You might not see all the authors or works you would like to see on this list. I’ve skipped the famous Paulo Coelho and his well-known The Alchemist in favor of novels the casual reader is less likely to know. Some fantastic books by Brazilian authors were written in English, so they aren’t “in translation” — for example, graphic novel Daytripper by Fábio Moon and Gabriel Bá.

And, as with all of these lists, there were authors I had to leave off the list because they either weren’t translated or their work was no longer in print — for example, I spent quite a while trying to find book-length translations of the work of Lygia Fagundes Telles, who was Brazil’s official nominee for the Nobel Prize in Literature in 2016, and who many consider to be Brazil’s greatest living writer.

Over the past month, I did research, visited my local library, and read a big stack of books to discover this list of 14 Brazilian books available in English translation. Enjoy!

Please note that while I took great care to list content warnings where I could, sometimes things fall through the cracks. Please do additional research on the recommended titles if needed. 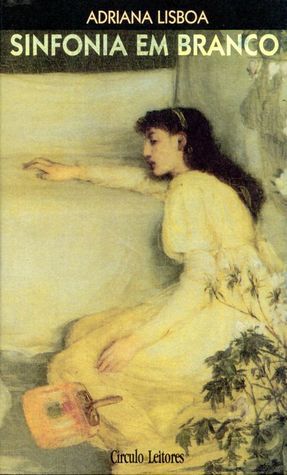 Symphony in White by Adriana Lisboa, Translated by Sarah Green

Of all the books on this list, Symphony in White surprised me the most — it’s a new favorite. Clarice and Maria Inês are growing up in an oppressively silent country house in rural Brazil. They break out, each in their own way, from the world of their parents, surviving the recklessness and pain that blossoms from the trauma of their youth. Now, decades later, Maria Inês is coming back to the farm, her daughter alongside her, to see Clarice. The two, in coming together, will have to face all of their demons, old loves, and bittersweet nostalgia. It’s a story of survival: two women experience a future that is nothing like what they expected, but they made it there nevertheless.

In this small collection of poetry, Freitas plays with language, turning out lines of queer, bold, humorous lines, evoking the good posture her mother tried to teach her, the rite of passage of getting her head shaved. In one of my favorite poems of the collection, “siobhan 4,” she wonders what happened to an ex-lover, catching glimpses of their courtship, wondering what trains she takes, in what library does she read. She evokes the names of countless writers, from Shakespeare to Gertrude Stein, in irreverent fun. Translating the musicality of poetry is never easy, and Hilary Kaplan does a superb job of it here. 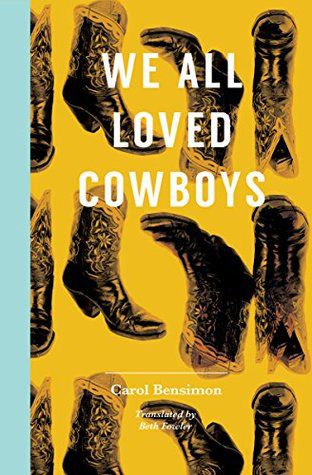 We All Loved Cowboys by Carol Bensimon, Translated by Beth Fowler

Years ago, Julia and Cora were best friends who hooked up for a while. They always dreamt of an aimless, epic road trip around Brazil, but never did it, and then they had a falling out that put an end to the possibility…until now. The two come together, quiet Julia from Canada and fashion student Cora from Paris, to finally go on their trip, exploring small towns and trying to figure out what they’re actually looking for on this adventure. It’s a short novel packed with nostalgia and longing, a coming of age that’s immensely fun to read.

Emerging author Polesso shines here in a collection of 33 stories all about women who love women. In “Como Te Extraño, Clara,” a woman sleeps with a woman behind her husband’s back; in “Flor,” a young girl is told by her mother that she should stay away from their neighbor who has a strange disease. A particular favorite for me was “Catch the Heart Red-Handed”: in a poetic short tale, it melds the passion of love with the protagonist’s heart problems. All these stories are sapphic tales bound into one strong collection. 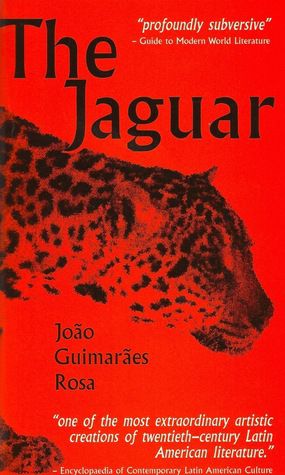 The Jaguar and Other Stories by João Guimarães Rosa, Translated by David Treece

Rosa is one of the best Brazilian writers of the 20th century, and is criminally under-translated, but available here in English thanks to the work of Treece. In this collection, we get eight poetic, inventive stories, exploring the liminal spaces — between city and the wild, between madness and sanity, in the mind of a child, in the midst of places that are in the process of decaying. His novel, The Devil to Pay in the Backlands, has an older translation but is considered his masterpiece.

What are the Blind Men Dreaming? by Noemi Jaffe, Translated by Julia Sanches and Ellen Elias Bursac

This book begins with the emotional, vivid diary of Lili Stern, written after her time in the concentration camps. A teenage girl narrating what happened to her, matter-of-fact, and also describing the lesser-told story of what happened after: the celebration, the reintroduction to food, the constant displacement as they were slowly shuttled across Europe. After the diary, Jaffe writes about being the daughter of a survivor, trying to piece together her mother’s story, confronting this history that is not-quite accessible.

In this epistolary novel, a recently divorced man named Marcos begins finding letters to an unknown man in his mailbox. He isn’t the best father, and wasn’t the best husband, and in his uncertain, introverted sadness, he finds himself growing increasingly obsessed with the passionate, disturbing letters that are being hand-dropped in his mailbox. They describe an abusive, manipulative relationship, the elusive writer talking directly to her ex-boyfriend, in a challenging, bold tone. It’s uncomfortable and dark. 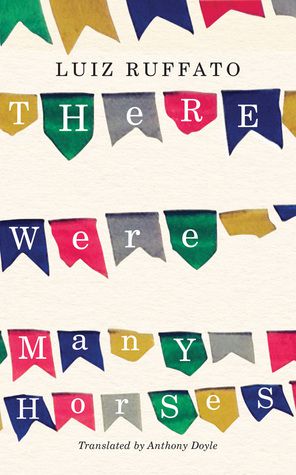 There Were Many Horses by Luiz Ruffato, Translated by Anthony Doyle

In this contemporary novel, Ruffato portrays May 9, 2000, across São Paulo: a mosaic of scenes touring the city in all of its life, in 68 short chapters, using all kinds of techniques, from lists to description to stream of consciousness to a weather report. He doesn’t shy away from the tougher episodes going on in Rio every single day, diving into the minds of the people struggling to get by or survive, evoking the city through visions and fragments.

As Eulalio Assumpcao, a 100-year-old man, lies in a Rio hospital bed, he narrates his life story — sometimes to his daughter, and sometimes just to the room. As he tells of his fall from grace, as he talks about his “grand” ancestors who built empires, his father, a senator, who squandered the family fortune, and his great-great-grandson who deals drugs, he never stops breaking from one thread: Matilde, the girl who came into his life and then disappeared, the one who got away. Where did she go? Did she run away? Did she always love him, or was she unfaithful? His narrative all ties in and out of a critique of upper-class Brazil itself, and of its leaders, in the 1940s and 1950s. 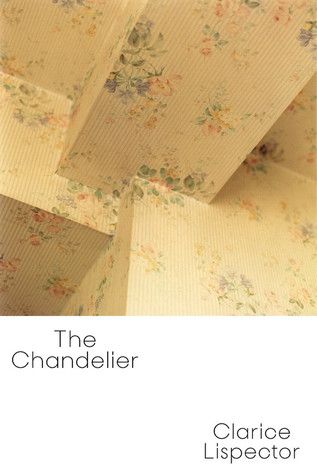 The Chandelier by Clarice Lispector, Translated by Benjamin Moser and Magdalena Edwards

In this hypnotic, poetic sometimes-dense novel, Lispector describes the oppressive loneliness of an isolated country home on a young girl who is just discovering her own unique vibrance and soul. When, after a painful, slow childhood, Virgínia moves to the city as an adult, she hopes that her escape will finally mean that time no longer feels like a trial, but unfortunately, she finds more solitude there, a deep depression nipping at her heels, her memories of her home and her cruel brother warped in retrospect. Lispector is a Ukrainian-born Jewish journalist and writer who has become the best known and most widely translated woman author of Brazil — she also wrote The Passion According to GH and Água Viva.

Iconic author Rachel de Queiroz writes of three girls coming of age in a restrictive, sexist society. The book dawns as our protagonist Maria enters into a boarding school attached to a convent, where she quickly makes friends with two other girls named Maria. The three grow up with romantic ideals, grating under the repressive rules of their world, and when they escape it as young women, they are desperate to discover independence and love for themselves, outside of the conservative ways they’ve been taught. 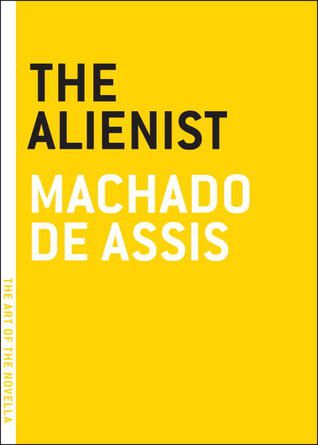 In this 1881 book — which is part of Melville House’s Art of the Novella series, with its brilliant minimalist covers — physician Simão Bacamarte decides to give up his career to go home and dedicate himself to the still very, very new field of psychology, opening the first asylum in Brazil. But then, bored, hoping to fill his new hospital, Bacamarte starts to identify signs of madness in the people of the town. And in the 98 satiric pages, the reader is forced to ask themselves who should have control, and who is actually “insane.”

It all begins when the narrator is fishing and witnesses a plane crash on the banks of the Paraguay River. The pilot is dead, but has a kilo of cocaine in his backpack — and the narrator decides to pocket it to make some quick money. But given that his girlfriend is a detective and that his new partner is not very discreet, it’s not long at all before the narrator is in way, way over his head, owing thousands to a Bolivian drug gang and being blackmailed by his cousin’s wife. This book is not for a reader who will be turned off by an unlikable narrator: the protagonist’s string of awful decisions quickly mire him into a swamp of steadily multiplying lies and wounds. But it’s an intriguing crime novel that will have you shaking your head. 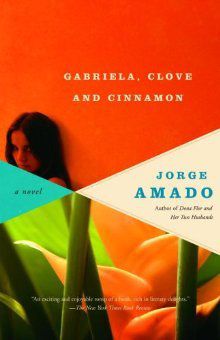 As the town of Ilhéus in 1925 hits a record cacao crop, it is moving forward into more modern times. But while the old cacao planters want to enforce a rigid, traditional status quo, newcomer Mundinho wants to usher in a new era of progress. The rights of women are at the center of the rising tension, between the sexual, sunny Gabriela and the intelligent, bold Malvina. Amado tells a wide, cinematic narrative of a small town populated with an exciting cast of characters and a web of gossip. The book moves forward in a series of good twists and rising suspense. I couldn’t put it down!