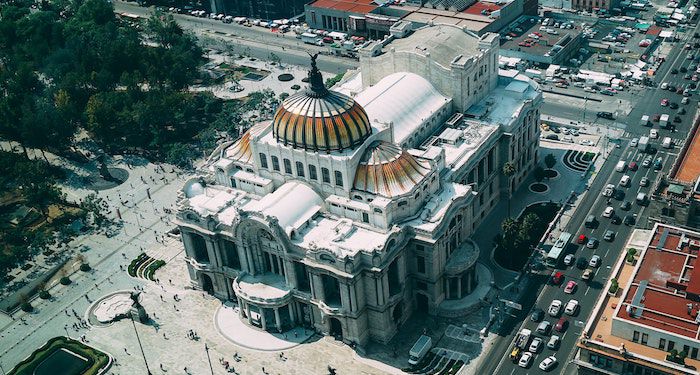 In January 2019, I took a solo trip to Mexico City. It was a dreamy trip. I climbed the Piramide del Sol, made friends over pulque, ate tamales in the park, and admired the dark blue of Frida Kahlo’s home. I visited as many bookish places as I could; I read at the dreamy Audiorama in Chapultepec Park and fell in love with the Bibloteca Vasconcelos.

I adventured through many a bookstore, but was frustrated. I hadn’t done as much research as I would have liked to do. I’d only brought one book with me, and I hadn’t thought through what to buy next. I’d read nonfiction before I left, but little fiction. I’d done all my research too late. I tried to find some fiction on the shelves last minute before I left, but couldn’t find the right titles.

So call this list a correction. It’s the list I would have made myself if I were to go to Mexico City today. (I’ve skipped, I admit, some mainstream classics, in preferences of lesser-known authors not as appreciated in the U.S. or in traditional canons, so apologies if you don’t see Juan Rulfo, Valeria Luiselli, Silvia Moreno-García, and Laura Esquivel on this list, but I do promise I know of them, and yes, you should go read their books.) 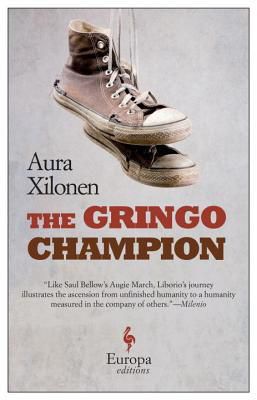 The Gringo Champion by Aura Xilonen, Translated by Andrea Rosenberg

In this epic tragi-comedy of a novel, Liborio is working at a bookstore when, in a moment of misguided machismo, he punches a guy harassing the woman he’s (from afar) fallen in love with. This act unleashes a string of events he never could have anticipated — from a viral YouTube video to painful beatings to moments of triumphant and moments at rock-bottom. Liborio is a young man yearning for something, a man who crossed the Rio Bravo and who is now trying to find a place for himself and find someone who believes in him. It’s a fantastic, heartbreaking, funny novel that will keep you guessing through its final pages.

The Route of Ice and Salt by José Luis Zárate, Translated by David Bowles

Zárate tells the homoerotic tale of the ship that carried Dracula to England, all told from the point of view of the ship’s captain, who struggles with his homosexual urges as well as the gothic horrors rising up around him. The themes of repression, of labeling, and of persecuting monsters, all serve as an excellent foil for the real-world horrors and fears faced by gay men. Originally published in 1998, the novel became available for the first time in English translation thanks to the fundraising effort led by Innsmouth Free Press, a micro-press owned and operated by author Silvia Moreno-García. 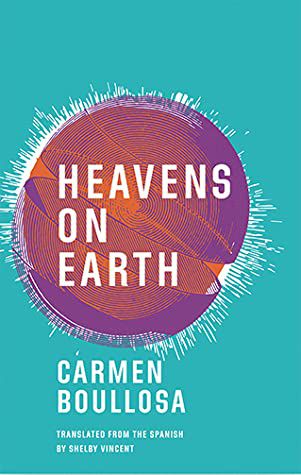 Heavens on Earth by Carmen Boullosa, Translated by Shelby Vincent

Lear lives in L’Atántide, a utopian society made of air, years after the Earth was destroyed by climate change. She is working to translate the writings of Don Hernando, a 1500s Indigenous scholar living in New Spain; writings which were first translated by 20th century Mexico City anthropologist Estela. All three tell their stories in their own ways, in this meta, twisting story about language and its role in humanity’s survival. In this absolute masterwork of a twisting, meta novel, Boullosa explores the way we interact with, reproduce, rewrite, and erase the past, and how it will impact our future as a society.

Red Ants is the first book translated into English from Sierra Zapotec, an Indigenous Mexican language. In this short fiction collection, Pergentino crafts eerie stories, in the form of visions, in mazes of bamboo, in people trapped or lost, in spirits unsure where to go next. People misplace those they care about — a daughter tries to inherit her mother’s gift of seeing the future. Pergentino’s vivid, lyrical language will take your breath away, and his strange tales will leave you in an eerie in-between. 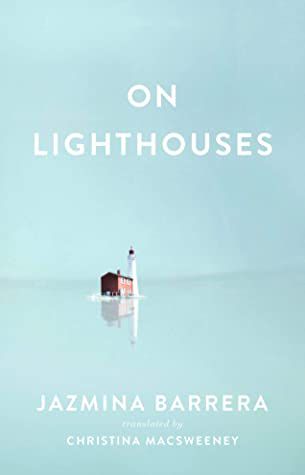 On Lighthouses by Jazmina Barrera, Translated by Christina MacSweeney

In this memoir-of-sorts, Barrera describes her “collection” of lighthouses: the buildings she’s visited, researched, read about, and considered. She visits the Montauk Lighthouse after a day stuck in traffic; she talks to the children of lighthouse keepers; she analyzes literary work by Virginia Woolf and Edgar Allan Poe. What do lighthouses stand for, both in history and in our collective consciousness? Barrera digs in, linking her reflections to her fears and loneliness, her experience living in a city, and the way she looks for a guide in the form of a vacillating light across the waves.

Bring Me the Head of Quentin Tarantino by Julián Herbert, Translated by Cristina MacSweeney

Herbert has written this bizarre, often disturbing collection of short stories about violence, the narco trade, and the ethics of creation, from stolen art to art that exploits or damages other people. By far, the star of the show is the title story, in which a crime-lord named Montaña who looks like Tarantino demands that his henchman go to Los Angeles and bring them back his head. A film critic kidnapped by Montaña reflects on Tarantino’s films and muses on literary and film criticism in a way that’s fascinating, interspersed with action sequences and Montaña’s own stories. Another great story is “Z”, in which a cannibalistic zombie apocalypse is slowly working its way through Mexico City — almost so slow as to be boring. 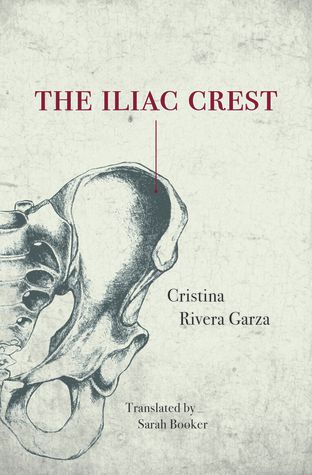 This is a poetic short novel about disappearance, the disappearance of women over the years — the anger paired with avoidance, the fear of looking straight at it, the feeling that it’s contagious, the annoyance at feeling like you’re unable to access something innate about womanhood and female communities, the fear that your masculinity is somehow inherently at risk if you do not defend it. A narrator is visited by the Betrayed — a woman he’s hurt again and again — and by a lost woman who claims to be a famous writer — and both of them grow close, refusing to leave his house. Garza purposefully messes with gender fluidity and identification, and it’s vividly absurd and will spark a lot of thought.

Signs Preceding the End of the World by Yuri Herrera, Translated by Lisa Dillman

Makina crosses the river from Mexico into the United States in order to find her brother. She grew up in a macho world of masculine power structures and a criminal underworld, which she navigates to get to her sibling, carrying secret messages with her. A surrealist, strange tale, Herrera’s book uses all this liminal space to interrogate issues of immigration, language, translation, all with a heavy dose of otherworldliness that leaves the reader on edge. The book, which won the 2016 BTBA Best Translated Book Award for Fiction, is a fast read, and will leave you feeling thoughtful and slightly disconcerted. 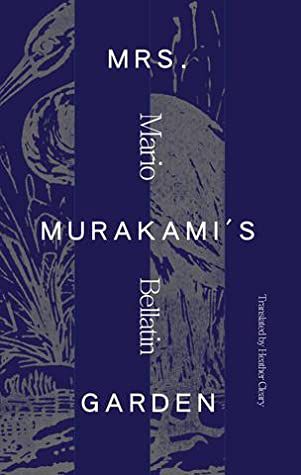 This short novel features Izu, a young woman working to succeed academically and professionally in a male-dominated field of art criticism. She makes waves when she writes a cutting critique of the private collection of a rich older man, who then begins to pursue her hand in marriage. It’s a book about the determined actions and limitations of the patriarchy and those determined to keep it in place. And then you add on Bellatin and Cleary’s Borgesian, meta-textual questions for the reader: Who do we believe? Where does the novel end, and who do we trust to tell us what actually happened?

The Witch is a strange figure, a woman who hosts parties at her isolated home, who helps the women of the town when they need abortions, who is enigmatic and refuses their money. When she dies, the town is thrown into a storm of its own darkness. Melchor’s novel is not for the faint of heart. This sharp-edged, jagged story is told in long, running chapters, each one long monologue of sorts, as the characters recount their stories of rage, violence, madness, death, and suffering. No one who participates in this torrent survives unscathed: children are unable to grow up with their innocence, and abuse and fear are rampant. This village has been cursed, in its way, and the Witch’s death jars its stories open for the reader to see. 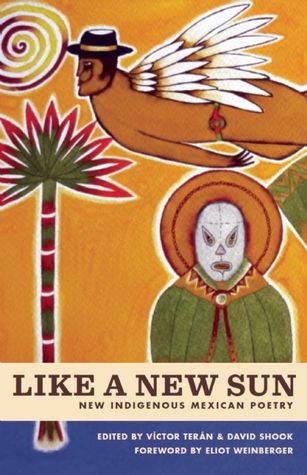 A long list of Indigenous languages in Mexico are endangered due to a history of colonialism and a continuing homogeneity of language education. Luckily, language activists are working to change that, and poets writing in these languages are a huge part of the equation. In this collection, poets write in Easten Huasteca Nahuatl, Mazatec, Isthmus Zapotec, Tsotsil, Zoque, and Yucatec Maya. It’s fantastic to bring lesser-known, unique poetic traditions into the spotlight. The book publishes the original on the left and the translated on the right, further supporting the reader’s exposure to languages they may not have even heard of, and provides introductions to each poet that includes information about the featured languages as well.

A Zero-Sum Game by Eduardo Rabasa, Translated by Christina MacSweeney

In this strange satire, Rabasa depicts Villa Miserias, a strange town ruled by the residents’ association in theory, but truly by the sinister and manipulative Selon Perdumes, the founder of Quietism in Motion. It’s a vivid, toxic theory that is essentially individualism and capitalism run rampant — never-ending expansion, false transparency, false stories of equality as the gaps widen. In this paralyzing, surreal, often funny world, where laws border on the absurd and everything is rigged, where law and order are enforced and rebellion harshly (and quietly) punished, a man named Max Michels decides that he’s going to run for president. But he’s going to be the one to finally change the game.

The Hole by José Revueltas, Translated by Amanda Hopkinson and Sophie Hughes

In this novella, just 70 pages and a single, rushing paragraph, Revueltas provides a scathing critique of the incarceration system. Three men have their loved ones try to smuggle heroin into the prison for them. But they are trapped in a cycle of violence and degradation — both guards and prisoners are stuck, getting worse by the day. The book absolutely barrels to the end, culminating in a electrifying betrayal. Revueltas, who was himself imprisoned in one of Mexico’s most infamous prisons for opposing the government in the 1960s, shows how the dark and dehumanizing environment of prison, isolation, and torture, just leads to people growing more violent, more desperate. 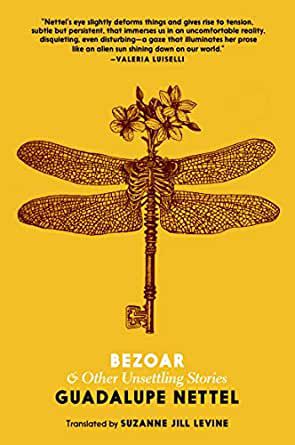 Bezoar and Other Unsettling Stories by Guadalupe Nettel, Translated by Suzanne Jill Levine

It was difficult to choose which Nettel book to even recognize here — to not feature her first book published in English, Natural Histories: Stories, or her autobiographical novel The Body Where I Was Born, both translated by J.T. Lichtenstein. But I had to pick her most recent book, this strange collection of eerie short tales. A man connects his identity a little too closely to a cactus at a local garden; a woman who can’t stop pulling out her hair meets a man who can’t stop cracking his knuckles; a young girl seeks “total solitude” on a remote beach. The stories are absurd and full of loneliness, of people struggling to connect with others. Nettel’s writing is strange but beautiful.