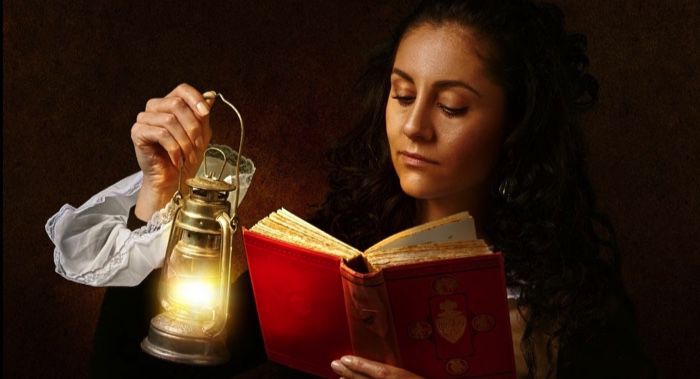 If you’re not sure which books do or don’t count as historical fiction, you’re not alone. No one agrees on a definition! I don’t even agree with myself, because I hold two opposing opinions. On one hand, I think books that illuminate a specific moment in history count as historical fiction, even if that point in time is very recent. But when I’m in the mood to read a historical novel, I’m thinking about a particular kind of book. I want to read something as evocative as Elizabeth Chadwick’s exquisite trilogy about Eleanor of Aquitaine, or Snow Flower and the Secret Fan, Lisa See’s heart wrenching novel set in historical China. As the meme goes, inside me there are two historical wolves, apparently. Which one is correct?

We won’t talk about my galaxy brain wolf, who thinks that all fiction is historical fiction because books cannot help but reflect history by dint of being a human endeavor taking place within ongoing history. But that wolf is not helpful and spends all her time chasing her own tail. We’ll leave her be and attend to the other two.

It’s heartening to know that both of my reasonable opinions have merit, and which one is correct varies on who is making the call. There are a number of groups who have a stake in historical fiction and want to draw bright lines around it. But before we get into the weeds with what they all think, let’s set one thing straight.

That said, you’re unlikely to find A Tale of Two Cities in the historical fiction section of a bookstore. These kinds of books are probably best suited for sections devoted to literary classics or simply the catch-all fiction section.

How Old is Old Enough?

I think about the novel The Idiot by Elif Batuman a lot. There was a brief window in history, when the internet was widely adopted on places like college campuses, but before social media was popular, that this book peers into. This book encapsulates a fleeting time when the internet enabled people to connect to whomever they were trying to get to know, but in a private way. It was sometimes a sneaky way, when it involved using the finger protocol — gross name, but that’s history for you! — to see if that person had logged in recently and presumably read that heartfelt email waiting for them. To me, The Idiot is a historical novel, for the way it captures how the dawn of widespread internet intersected with interpersonal relationships. These interactions have changed monumentally with advancing time and technology. But I’m quite alone in this opinion.

The Historical Novel Society, an organization promoting historical fiction that is open to readers and authors alike, draws the line at books set 50 years ago. For books published today, the settings would need to be 1972 or earlier to count as historical fiction. That rules out, for example, the end of the Vietnam War. The earliest events of Watergate are just now entering eligibility.

But 50 years is by no means standard. The Historical Writers Association says 35 years is the magic number. That’s 1987 for books published today. That gives us the early years of the AIDS epidemic, for example. But no Berlin Wall. The Walter Scott Prize for Historical Fiction dictates 60 years. That’s 1962. No Beatlemania. The Langum Foundation, who also awards a prize for historical fiction, sets the year 1950 as the boundary rather than moving the goalposts yearly.

Despite the range in these decisions, there is a fairly clear remove from the present in all of these. Basically no cell phones. Few people with home computers. At the latest, a world still gripped by the nuclear threats of the Cold War, and a world when climate catastrophes were theoretical rather than experiential. A demonstrably different time.

Must We Recognize History in Historical Fiction?

Another question, an offshoot of the “how old” question, is how exactly history manifests in historical fiction. There’s a lot of gray area, when alternate histories, time travel and time slip novels, and parallel narratives exist. Apart from those, one could ask whether a typical Regency romance is historical fiction.

I will brook no arguments about the literary merits of romance as a genre. But it’s entirely possible to read a Regency romance with fictional aristocrats and royalty, or none at all. Many Regency romances studiously skirt history when it comes to colonialism, slavery, and the ill-gotten sources of wealth for the characters. The books are steeped in the fashion, culture, and customs of the time with no connection to any identifiable event or personage from that time. So are they historical fiction?

At least one organization that awards historical fiction would likely say no. Ignore for a moment the fact that the Society of American Historians only gives awards to books that tackle topics in American history. Their criteria make no mention of time period. Instead, their award recognizes a novel that “makes a significant contribution to historical understanding, portrays authentically the people and events of the historical past, and displays skills in narrative construction and prose style.”

Their criteria allows for much more recently set books to win the prize, like Tommy Orange’s There, There. There, There is a largely contemporary novel, but it connects life for Native Americans in the Bay Area to the occupation of Alcatraz from 1969 to 1971, as told through characters remembering that time. And these memories of history tie into the last question for consideration with historical fiction.

Is a book historical fiction if the author is writing about a time within the scope of their own memories? Or does one need to conduct research about a time beyond their own existence? I personally don’t think this distinction is worth much. Every novel requires some research, even if it’s set contemporarily and within the author’s realm of knowledge. Gaps always pop up. Memories often need corroboration.

Margaret Atwood, who has written several historical novels, defines it as “fiction set in a time before the writer came to consciousness.” None of the other organizations providing definitions take this tack. Nonetheless, it’s interesting to note the differences in novels written by people with firsthand experience and those who only know the time through research. I see value in authenticity as much as I see value in the power of imagination.

What’s Past is Prologue

If there’s anything we can glean from these varying definitions, I think it’s that historical fiction could use another term, analogous to the difference between genre romance and a “love story.” Genre romance guarantees a central love story and happily ever after. But a love story can end tragically, ambiguously, or any old way. These definitions are useful for readers’ expectations, and historical fiction could use a similar breakdown.

I propose genre historical fiction is set for the majority at some time in the past. How long ago? 50 years is a nice number. They should also interact with significant historical events and/or people. This distinguishes them from what I’ll call “period pieces.” Period pieces can take place in any time as long as they evoke the details. And they don’t necessarily have to connect to historical events. They’re more about exploring the possibilities of setting than diving into the particulars. This encapsulates books like The Idiot, the aforementioned Regency romances or, say, a book set in the 1970s with a fictitious cult leader. It works, right?

Regardless of whether you agree with my proposed dichotomy, I want you to find historical fiction to love. We’ve got upcoming historical reads, queer historical fiction, World War II stories, and a big list of must reads. However voracious the appetite of your own inner historical wolf is, we’ll keep you fed.