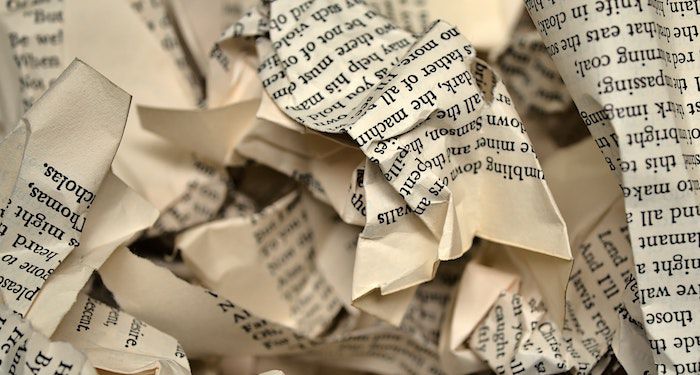 As the new school year kicks off — or is already in progress in many places — it’s worth taking a look at the states which have enacted laws that ban books. This guide is not comprehensive, but gives an overview of the legislation currently on the books that will impact how teachers and librarians select and share reading material in classrooms and libraries.

Before diving it, it is worth noting these are all “red” states. It is a popular and unhelpful narrative to simply write off these laws because of where they are being enacted. In many of these states, there is significant disenfranchisement of voters in addition to laws which make voting harder than it needs to be; this ensures a certain political persuasion remains in power. These systemic barriers to voting are the same ones which need to be considered in arguments that the people who can’t get these books from libraries thanks to these laws can “just get them at the bookstore.” We are in the business of dismantling hurdles, not leaving them where they are.

Further, as we’ve seen through these censorship roundups over the past year+, it does not matter where or how book bans begin. They trickle through each and every state in varying degrees, and what you see here could become models for future legislation elsewhere. Finally, writing off certain states does not help in ending book bans. Everyone, regardless of political affiliation or state of residence, deserves the right to access books, reading material, and information they want to. Fighting fire with fire helps no one.

Note that this list is not comprehensive. I’ve pulled out some of the biggest laws in several states that are having an immediate impact and that will likely influence further legislation within and beyond their jurisdictions.

Book Ban Bills Currently Enacted Across the US

At least two bills in Florida are allowing for sweeping changes to books in schools and libraries. The first, House Bill 1467, gives more space for parental input and feedback on books and materials used in schools, including listing all the titles in classrooms and libraries. Oversight in approving materials now must go through several hoops, creating a tremendous backlog in acquiring and using new, up-to-date, and timely material.

Florida’s House Bill 1557, known as the Parental Rights in Education Bill or the “Don’t Say Gay” bill, curtails discussion of gender or sexual identity in public schools. The bill, purposefully vague, has created a chilling effect on what materials may or may not be used or discussed in schools and school libraries.

Effective this school year is Senate Bill 775 which limits reading materials in schools, public or private. Books deemed “sexually explicit” are illegal. Those who make them available will be charged with a class A misdemeanor, which could lead to a year in jail and a $2,000 fine.

House Bill 1775, which bans “Critical Race Theory” from classrooms, has been used not only to remove books by and about people of color from classrooms, but is creating loopholes for politicians to seek the removal of queer books as well. While Oklahoma’s Senate Bill 1142 never made it past the Senate, it has created a flurry of fear among educators; that bill threatened that parents who disliked a book could file a complaint and were the complaint not addressed within 30 days, there could be a $10,000 per day penalty.

Effective in November, House Bill 3702 will deeply impact the access students (and adults) have to online databases, including those which house ebooks. The bill says any vendor who is unable to certify they do not allow access to “obscene materials” or “pornography” cannot be licensed; public schools and public libraries would need to annually report to the state about compliance. Of course, the lack of specificity in the bill means that any complaint could mean revoking access to information for anyone who uses such databases.

If you have not yet seen the above viral TikTok of a Tennessee teacher in her classroom during unpaid time, you should. This is an example of how new educational laws are harming not just students, but educators who are preparing for the new year.

The Senate Bill 2407/House Bill 2154 is what the above teacher is referencing, wherein it is now required all teachers have a full catalog of every book available in their classrooms for parents to access. Teachers need to give those lists to their school librarian who will then compare those to approved and unapproved materials lists created by…someone…to determine whether or not they’re appropriate for the classroom. The bill suggests that “someone” is a board of education, but even that is not entirely clear. What is clear is those boards are being impacted by right-wing interests eager to pursue their own agendas, rather than putting what’s best for students and educators at the forefront (Related, Tennessee is the same state that plans on appointing public library boards through local politicians, further undermining professional knowledge, judgment, and ethics from those working in schools and libraries).

Senate Bill 2292 redefines “obscene materials,” ensuring that anything deemed obscene may be removed from educational institutions. This means anything that was once seen as educational is no longer considered educational if it meets the flimsy and unclear definition of “obscene” or “pornography.” It includes provisions that follow those in Oklahoma which will change access to online materials including databases and ebooks if any material contained within them are “inappropriate.”

Texas has been among the quickest to make creative interpretations of “obscenity” and has been a leader in pushing for book bans. Matt Krause’s infamous request that schools remove over 850 books was followed quickly by the Texas Education Association’s draft for collection development that creates space for “parental input” in books across the state. Now, as current Governor Greg Abbott pushes to keep his role as governor, he’s unveiled a proposal for stronger “parental rights” across the state. It has not yet been put to the legislature, but it is part of his campaign. You can see the entire proposal here; it would give parents far more rights to determine what is an is not appropriate in schools and libraries and would certainly mimic Florida’s “Don’t Say Gay” bill.

House Bill 374, known as the Sensitive Materials in Schools bill, prohibits “sensitive” material in schools. The bill allows the state’s Attorney General to instruct education workers about what is and is not sensitive material and provides a mechanism for parents to file formal complaints about school material. The Attorney General’s guidance on this bill has been updated twice, and the most recent guidelines tells districts they need to remove material deemed “sexually explicit” and/or “pornography” (defined by nebulous state statutes) immediately.

How to track bills in your own jurisdiction

You have the ability to track similar bills in your own state in at least two ways. The first is to subscribe to the newsletters and social media accounts of your local state representatives and the second is to do periodic searches of House and Senate bills in your state.

To search for bills in your own state, head to your state legislative tracker. It is called something different everywhere. In Illinois, for example, it’s the Illinois General Assembly website. This gives status updates of all legislation from introduction and first readings through it being enacted or vetoed, and it’s possible to search by bill number or keyword. You can also use a source like OpenStates to search for legislation in your state, as well as to seek out your local representatives.

Once you find where updates on legislation live, then you want to do a periodic search of several keywords. I would recommend doing these monthly if your state is not currently moving a bill through as fast as possible (the above states, for example, might be worth searching more frequently). Among some of the key words to search:

This will get you most of the bills being discussed. Obviously, this is not comprehensive, but if you pull words or phrases from the above-listed bills and/or through the news pieces you read about censorship, you’ll be able to add to this list. If your state has the option to peruse the legislative committees, look through the education committee’s work. This gives you both a sense of what’s being worked on and will help you find further key words to search.

If you see a bill that, as you read, is clearly a censorship bill, this is when you write a letter to your representative in opposition. There are templates you can use, though writing from your heart as someone who believes in access to books for all is more than enough. In some states, when a bill is being voted on, you may be able to submit a witness slip (your approval or opposition).

You might also be able to find state-based groups tracking legislation related to censorship and education. In Illinois, for example, the Witness Slip Facebook group — which is public — is a tremendous resource for staying abreast of what’s happening.

First, this week, Fox News posted the three-step action plan for parents in the coming school year. I’ve tweeted the screen shots and am embedding below. I share this as context to what you should anticipate seeing in book censorship news for the next few months (at least). It’s a reminder to anyone working in public education or libraries to not share anything in writing you do not want pulled through a Freedom of Information Request Act.

This week, I was a guest on PBS’s News Hour, talking about book censorship and why school board elections are a big deal. You can watch the 7 minute segment here.