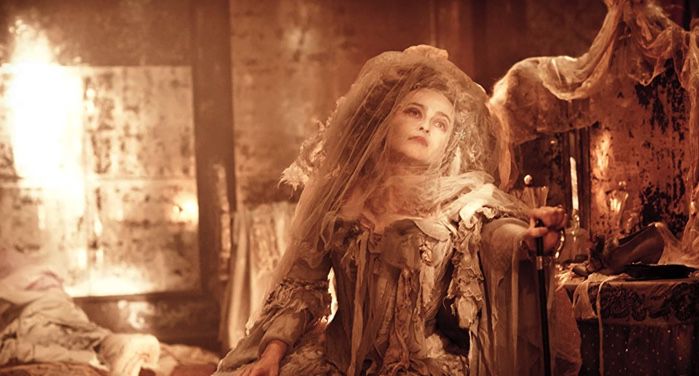 Charles Dickens wrote, in his novel David Copperfield, “I hope that real love and truth are stronger in the end than any evil or misfortune in the world.” This line is spoken by Agnes Wickfield, with the novel’s main antagonist being the evil and misfortune against which she wills her love for her ailing father. Agnes, being David’s close friend and eventual wife, is one of the novel’s most important characters, and the longing for love and truth to prevail over all is a central theme of the novel. By the end of the novel, such love and truth has prevailed in at least one sense: David and Agnes marry and have five children, seeming to have a lovely future ahead of them despite any of the other hardships they faced or will continue to face.

Agnes Wickfield is a pretty classic type of Dickens character: the strong-willed, loyal woman who symbolizes morality and the male protagonist’s longing. Her company includes women like Oliver Twist‘s Nancy, whose noble sacrifice saves Oliver from an unsavory life, and Estella Havisham, the cool and indifferent object of protagonist Pip’s affections, who nevertheless is implied in at least one ending to partner with Pip.

Although, or perhaps because these fictional women are a typical “type” for Dickens, there is one who is more or less a perfect antithesis to them, and who is arguably one of the author’s most famous characters: Miss Havisham of Great Expectations.

Who is Miss Havisham?

Miss Amelia Havisham, the famously scorned lover who has not taken off her wedding dress since the day she was “jilted” at the altar many years ago, is about as antithetical to the virtues of love and truth embodied by Agnes Wickfield as one can get. She is vengeful toward men, instructing Estella, whom she adopts, to consider men merely as tools she can use for her own gain. Although not a constant presence in Great Expectations, Miss Havisham casts a long shadow over the whole novel, not understanding the error of her ways until shortly before her tragic (and violent) death near the novel’s end.

Miss Havisham is among the more complex characters to appear in a Dickens novel, in part due to her portrayal within the work itself, but equally due to our cultural reception and interpretation of her since Great Expectations began its serialized publication in 1860. Myriad portrayals of the character throughout media have left a broader cultural impression that may not be as accurate to the source material as one would think, inviting equally myriad questions of how and why our culture would morph this particular character into something different.

This Miss Havisham character analysis will endeavor to shine a different light on the spiteful lover, one which invites you to consider her with a new sense of empathy.

What is Miss Havisham’s Age?

The first and maybe most important misconception to address about Miss Havisham is she’s younger than you probably think she is. Like, a lot younger.

As LitHub pointed out in their aptly (hilariously, depressingly) titled post “I regret to inform you that Miss Havisham, Dickens’ embittered crone, is actually only…40” Miss Havisham is not the ancient, decrepit old witch that you may have once thought she was.

Kristen Hanley Cardozo, a Victorian literature PhD candidate, pointed this fact out in a viral tweet last year. In a thread, Hanley Cardozo addresses that 40 years was not particularly old in Dickens’s time (the author was, in fact, nearly 50 himself when Great Expectations began publishing), as well as the fact that often Victorian novels depict men in their 30s and 40s as being “in the prime of life.”

It’s worth noting that Miss Havisham being so young is of exceptional note, at least according to Dickens’s own notes on the character. Hanley Cardozo shares that the author’s notes for the character say she is “scarcely forty,” and I think the word “scarcely” is important here. “Scarcely” is one of Dickens’s favorite adverbs, it would seem, appearing frequently throughout the text of Great Expectations, in such contexts as an observation that “scarcely sounded flattering” or that Pip could “scarcely stammer [he] had no objection” while feeling a rush of nervousness. The word is used frequently in Great Expectations at its most literal meaning, so it is reasonable to assume the scarcity of Miss Havisham’s being 40 contrasts with the abundance of scorn she carries with her, an amount one might expect of someone twice her age.

Of course, it’s equally worth noting that Miss Havisham’s age is never explicitly addressed within the text of Great Expectations, so we cannot reasonably state any sort of canonical intention on Dickens’s behalf. If we consider the texts of his other novels, many of the notable women (Abigail, Estella, Nancy) are young, often either the protagonist’s love interest or an unflappable supporter of his ambitions. And while the metatext of the author’s notes implies Dickens’s awareness of 40 being a young age to be so broken a human, the metatext of his personal life includes details such as his leaving Catherine Dickens (aged 43) for Ellen Ternan, a 19-year-old. (H.T. again to Hanley Cardozo for this information. Seriously, just go read the entire thread.)

In short, Dickens’s own intentions behind aging Miss Havisham a scarce 40 are unclear and unknowable, but it is not beyond the bounds of reason to assume the all-encompassing muchness of Miss Havisham’s scorned loverdom was exceptional for someone her age, at least during the character’s genesis in the author’s notes.

So, what happened? Why have subsequent interpretations of the Miss Havisham character leaned so heavily into her supposed old age? LitHub cites six performers who have portrayed Miss Havisham in notable film or television adaptations; why is the average age of these women 48 — nearly a decade older than the scarce 40 of Dickens’s notes — and why are these middle-aged actors dressed up in white hair and wrinkles as though they are twice their age?

Women Over 40 Are Old

At least, that’s what our society implies. And this is not an indictment of the 1860s, a less-awoken time in our near past; it’s as much an indictment of right now, how culturally, we discard women over the age of 40, unvaryingly, across different media.

Women in Hollywood are significantly less likely to score leading roles than their male counterparts at any age, but it is strikingly so once the women in question are over the age of 40. In one report, it was found that after the age of 40, women appear in approximately 20% of onscreen leading roles for people their age, while their male counterparts snag the lion’s share of such roles. Coupled with the fact that onscreen romances skew wildly toward middle-aged men being partnered with much younger women, the portrait of age equality for women in Hollywood is about as bright as the interior of Miss Havisham’s decaying mansion.

The landscape is not much better in literature. While it’s reasonably easy to find lists like this, which celebrate the achievements of women over 40 in literature, one has to be cognizant that the need for such a list exists in the first place due to this same intersection of age and sexism. In fact, this list’s author addresses that need in the preamble, sharing her own experiences querying agents as a first-time author who was also a woman of color in her 40s.

Literature is a reflection of our society, either in challenging or upholding it. While it’s impossible to know for certain what Dickens’s intentions were for Miss Havisham, the work itself (with the significant aid of its adaptations) seems to uphold the idea that women over the age of 40 are old. Although it’s clear that Miss Havisham’s older appearance is due in no small part to the trauma she’s experienced, and her subsequent inability to live beyond the trauma, the only other middle-aged woman in Great Expectations is Mrs. Joe, another antagonist whose abusive and manipulative nature stems from immense personal loss. There is no “typical” middle-aged woman against whom to measure the extremity of Miss Havisham’s (and to a lesser extent, Mrs. Joe’s) character, therefore, although the author’s intentions remain mostly unprovable, the actual impact of his novel is unambiguous.

To combat this, I propose a Miss Havisham character analysis that hinges upon empathy. In fairness, I don’t think this is something completely outside the text of Great Expectations. Miss Havisham does in fact achieve some sort of redemption within the text of the novel itself: near novel’s end she reconciles with Pip and acknowledges that the coldness she bred in Estella’s heart was borne of her own selfishness. Such redemption is unfortunately tarnished by her violent end, burning to death in her mansion when her decrypted old wedding dress catches fire, but Dickens’s own portrayal of Miss Havisham is not without empathy.

Beyond empathizing with her unknowing-deathbed realization of the error of her ways, though, we should go further and empathize with the tragedy of her life itself. As a young woman, she was passionate and opinionated, traits that her companion, Compeyson, disliked, seemingly because they did not befit the docility he desired in a wife.

Miss Havisham is not only a jilted lover. (Incidentally, “jilted” is the word of choice to describe Compeyson’s betrayal in just about every piece I read to research this essay, despite the word not appearing once in the text of Great Expectations, though that’s a mystery for another time.) She is also a victim of her society, one which did not value her boisterousness and strongheadedness, as actualized in Compeyson’s abandoning her on their wedding day. While this interpretation does not change the fact that Miss Havisham grooms and manipulates Estella to eschew all emotion (a genuinely terrible thing to do to a child), it does offer a new complexity to her motivations. She teaches Stella to never show emotion, because the loudness of her own emotional life was the exact thing for which Compeyson, and the society at large, punished her.

Everyone has known that one guy who refers to all his ex-girlfriends as “crazy.” It’s a simple sentence (“My ex-girlfriend is crazy.”) that betrays an entire history of disregard for women’s interior lives. The complexities of both parties’ inner selves are stripped away, their individual and genuine hurts over the dissolution of their relationship disappear, and all that remains of the complex tapestry of their human connection are shreds of fabric trotted out as invitations for quick sympathy. There is no more detail given, though the story is more whole and deep. It is a disservice to all parties.

Though she is scarcely 40, Miss Havisham has endured great pain that has seemed to age her faster than is reasonable. If we choose not to take her as static, a cruel and embittered woman whose only stray beam of humanity shines through shortly before her death, and instead consider the whole of her history as explicit motivation, that the pain of being discounted by her lover and her whole society is so intense that it has visibly aged her beyond her scarce years, we not only get a more interesting literary character in return. In considering the full weight of this female character, with all her passion and trauma and cruelties, we commit a small act toward undoing that broader cultural disservice. We endeavor toward the prevailing of real love and truth.