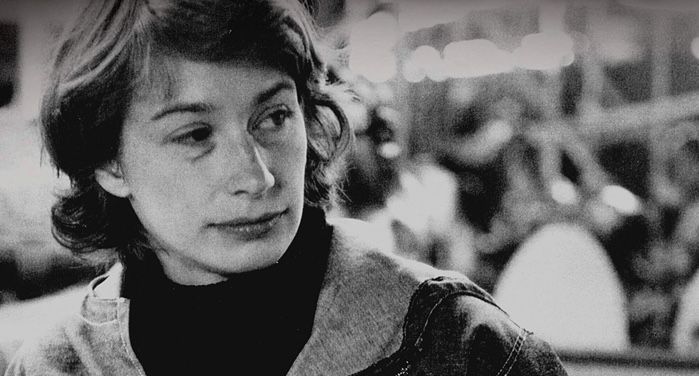 Mary Oliver, one of America’s most beloved poets, died in January 2019, a year before the coronavirus pandemic. Yet, her poetry lit the darkest days of quarantine for many readers who found a beacon in her verse about the entwined fragility and endurance of wonder and amazement at the natural world. Rioters frequently cited Oliver’s poems as uplifting companions in dark times. Already one of the best-selling American poets before her death, Oliver’s poems seem to have saturated popular culture in the era of social isolation. Her most famous poems have lent themselves to memes, Etsy wares, social hashtags, self-help books, and celebrity readings. What is about the champion of nature’s beauty that resonates with us in 2022?

In some ways, Oliver is an unlikely pop culture phenomenon. Picturing her from her poems, I think of a white haired woman rambling through the woods, careful not to disturb the wildlife as she scribbles down her next verse. And, according to Oliver, that is how she spent most of her time during the 40 plus years she spent on the coast of Massachusetts in a house she shared with her partner, the photographer Molly Malone Cook. In the backwoods of Provincetown, she wrote most of her poetry and essay collections, writing as she walked, including the Pultizer Prize-winning American Primitive (1984) and New and Selected Poems (1992), which won the National Book Award. At first glance, her quiet, woodsy life and reflective poetry has little in common with the screen-filled, dawn to dusk hustle that makes up the modern condition for most of us. And yet, her poems speak to something fundamental about the way we all want to live.

Through poetry, Oliver shared her sense of wonder (“When it’s over, I want to say /all my life I was a bride married to amazement”) often with a first person perspective and lean prose. Her poetry also contains direct life advice (“If you suddenly and unexpectedly feel joy, don’t hesitate. Give in to it.”).

While Oliver wrote extensively about the beauty of the world, she also wrote of it’s darkness. A survivor of childhood abuse and cancer, her poems deal with loss, pain, and lingering trauma: “And forever those nights snarl/ the delicate machinery of the days.” Yet, the refrain in her work is always the redemptive power of beauty.

In 2022, the poet is a popular hashtag on social media. The #MaryOliver tag has over 189,234 results on Instagram. In a similar vein, there are many, many Etsy products that are emblazoned with Oliver’s famous lines. You can get wall hangings, embroidered pillows of entire poems, or “Pay attention, be astonished, tell about it” on a tee shirt.

In 2019, Helena Fitzgerald wrote at The Cut about how Oliver’s poetry became a meme. Writing of Oliver’s iconic question, “What will you do/with your one wild and precious life,” Fitzgerald observed, “Those famous lines from ‘The Summer Day‘, in particular, had gained unlikely popularity on Twitter and Tumblr…They were often employed as a sly insult, setting up the ridiculousness of someone’s getting worked up about something.”

On the film side, you can also find celebrities like Tom Hiddleston reading “Wild Geese” on Youtube. Self-help books and memoirs adopt her “one wild and precious life.” A teen drama, “Clouds,” on Disney Plus about a kid with cancer, features “The Summer Day” extensively. As the Variety review says, “There has never been, and probably never will be, another teen movie to pay such repeated tribute to Mary Oliver.”

Instagram, Twitter, Etsy, and other pop culture mentions capture Oliver’s magic; she wrote lightning bolt truths in a few short words. Throughout her career, the poet had both the blessing and curse of being seen as “accessible” to readers who don’t normally read poetry. The label was a blessing when it came to book sales and winning over new fans, but it (and misogyny) also cost her clout with the critics. The New York Times critic reviewing her first collection dismissed her talent with a “She is good, but predictably good.”

A Sage for our Times

Oliver wrote about an enviable give and take with the natural world: she gave it her attention and admiration, and in return, she took solace from it. In her give and take, she gave profound lessons to all of us on how to be at home in a frightening and uncertain world. As she wrote from “The Fourth Sign of The Zodiac (Part 3)”:

I know, you never intended to be in this world
But you’re in it all the same.
So why not get started immediately.
I mean, belonging to it.
There is so much to admire, to weep over.

For more Mary Oliver, check out Map Of Mary Oliver: A Reading Pathway.