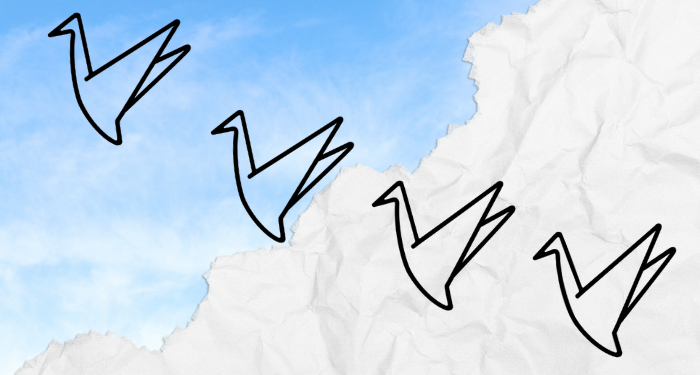 This year marks the 50th anniversary of Margaret K. McElderry Books, the first eponymous children’s imprint. This would be a milestone by any conceivable measure, but it is all the more impressive when we consider that the imprint might never have been started had its founder not changed the landscape of children’s literature — or, indeed, if she had not been pivotal to it being considered literature in the first place.

Who Was Margaret K. McElderry?

Margaret Knox McElderry led a life as eventful and colorful as that of a literary heroine. Born in Pittsburgh on June 10, 1912, she went to Mount Holyoke College and followed it up by attending the Carnegie Library School in Pittsburgh. This wasn’t because of a deep interest in librarianship, but due to a college counselor telling her that she had nothing to offer the publishing industry. She got a job in the children’s department of the New York Public Library, a period of time that Publishers Weekly called “foundational” for her future as a publisher.

McElderry’s love of stories developed early, while listening to the folk tales her mother liked to tell while gardening. It never went away: on the contrary, she resorted to it during the hardest, scariest times of her life. Among these, boarding a freighter from New York to London in 1944 stands out. McElderry, on her way to taking a job at the Office of War Intelligence, entertained her fellow passengers by telling children’s stories aloud. Her friend Susan Cooper, author of the Dark Rising series, said that she believed that children’s stories were the very best stories.

After World War II ended, she returned to New York and joined the first children’s department at Harcourt Brace & World. She was instrumental in turning children’s literature “from a prewar cottage industry to today’s billion-dollar business.” She edited several books that would go on to become Newbery and Caldecott winners.

Literary Activism Newsletter
News you can use plus tips and tools for the fight against censorship and other bookish activism!
Thank you for signing up! Keep an eye on your inbox.
By signing up you agree to our terms of use

McElderry married Storer D. Lunt, a former president of publisher W.W. Norton. The marriage lasted until his death a decade later. She died in 2011, leaving behind a plethora of grieving friends and colleagues.

In a stunningly shortsighted (and frankly ageist) move, William Jovanovich fired McElderry in 1972 with this parting shot: “the wave of the future has passed you by.” She moved on to Atheneum, where she started Margaret K. McElderry Books, the very first eponymous children’s imprint. She proved Jovanovich spectacularly wrong: in the past 50 years, her imprint has sold over 80 million books.

McElderry firmly and famously believed that children were the bedrock of publishing: “If you don’t catch them young,” she said, “you won’t have any adult readers.” As a result, her imprint originally focused on middle grade and picture books. She wasn’t afraid of taking risks, as she had already proven in 1950 when she published The Two Reds by Mr. Lipkind and Mr. Mordvinoff. Although the story is about a redheaded boy and a red cat, the title alone scared booksellers enough that many refused to sell it, afraid that it would be about Communism.

Margaret K. McElderry Books began the careers of multiple award-winning authors and illustrators. Her taste and vision were legendary, no doubt aided by her experience as a children’s librarian. As Cooper put it, “her insight as a publisher came from intelligence, experience, and instinct.” Indeed, her vision is partly responsible for launching the careers of authors and illustrators like Margaret Mahy, Cassandra Clare, Irene Haas, and more.

Although its founder has now passed, Margaret K. McElderry Books shows no signs of slowing down. It publishes about 30 to 35 books a year, with its catalog having expanded to include YA, poetry, and nonfiction. More importantly, it continues to follow its founder daring spirit: Vice President and Editorial Director Karen Wojtyla told Publishers Weekly that “we’re in a regressive time. With books increasingly being challenged, it’s incumbent upon us to fight for kids and their right to read anything and everything.”