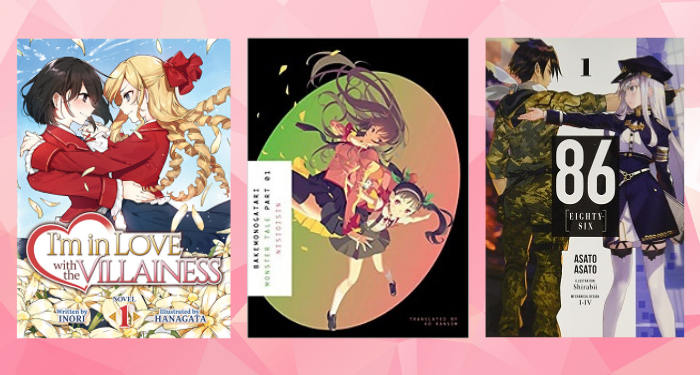 Spend enough time delving into the world of manga and you’ll run across the term “light novel.” Experienced manga fans will probably laugh and ask, “What’s the premise of this new isekai series now?” But newer readers might get confused. Light novels? Do they mean light-hearted novels? Do they mean short novels? Not a big deal in the grand scheme of things, but the misconceptions can prevent potential readers from even asking for light novel recommendations, which is a shame, because there’s a good chance that they’ll love light novels if they love manga.

To keep it brief, light novels are short prose novels that are closely associated with manga. They feature many of the same themes, tropes, and character archetypes often found in your favorite manga. They’re quick, pulpy reads meant to entertain and provide a welcome escape from reality. For a deeper look into light novels, here’s a primer to the format.

Where Do I Start With Light Novels?

If you’d ask this question even five years ago, it would have been easier to offer good light novel recommendations. The selection was more limited, which meant far fewer options for starter light novels. It seems counterintuitive. More options are a good thing, right? Absolutely! But if you think diving into manga for the first time can be overwhelming, exploring the world of light novels can be even more so. Some of the premises seem similar. Some of the titles are super long. Do all of them really involve people transmigrating to another world?

That’s where this reading pathway comes in.

Let’s start with a classic. Boogiepop is the series started it all. If you’re a reader who likes checking out foundational works, or “the canon,” this series pretty much launched the entire light novel category in Japan.

But even ignoring its place in light novel history, Boogiepop is a great place to start. It combines mystery, the supernatural, and urban legends. Its prose is also characteristic of classic light novel–style storytelling: quick, simple, and fast. But don’t equate the simple prose with a simple structure. Boogiepop isn’t told in chronological order, and part of the allure is figuring out how all the scenes, plot lines, and characters intersect.

Ascendance of a Bookworm by Miya Kazuki

It’d be a lie to say isekai — the genre where the protagonist transports to another world — doesn’t dominate the light novel category. It does. And it’d also be a lie to say that many of these novels aren’t male power fantasies that are glorified harem novels. However, that’s not all that’s available if you know where to look.

Ascendance of a Bookworm follows a college student who dies in an unfortunate accident. Thankfully, she’s reborn in another world. Not so thankfully, the world she’s born into has put a premium on books. In fact, only the rich have access to literature. In her previous life, our heroine aspired to become a librarian, so limiting access to books is the worst thing ever. In this new life, she makes her life’s goal to create books so that they’re available to everyone. (But most of all to her.) 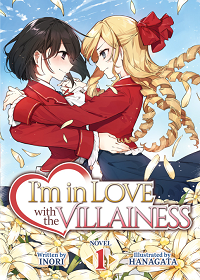 I’m in Love with the Villainess by Inori

I’m in Love with the Villainess follows Rei, who transmigrates into her favorite dating sim. As with most dating sims, Rei has the option to pursue a romantic relationship with any of the original game’s available bachelors. But she wants no part of that. It’s her favorite game, but Rei’s a lesbian, and if she’s going to pursue someone, it’s going to be her favorite character: Claire, the antagonist. 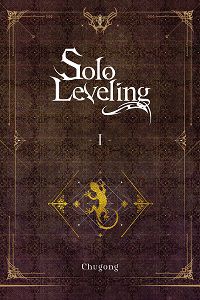 Solo Leveling falls into a popular category of Korean webnovels: gaming fantasies. They’re not quite isekai, because many times the protagonist doesn’t wake up to find themselves in another world. What they do typically involve is a “system” — that is, an external force that helps them navigate through the world. Gamers will probably recognize the information doled out by these systems. Solo Leveling introduces this concept in a way that’s accessible to non-gamers unfamiliar with the idea of character stats and level grinding. 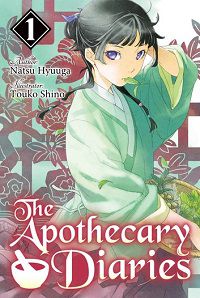 The Apothecary Diaries by Natsu Hyuuga

In a format filled with isekai and supernatural stories, it can be hard to find a series that doesn’t fall into either of these genres. Even gaming fantasies like Solo Leveling are closely aligned with the isekai genre.

Thankfully, The Apothecary Diaries exists. It features a clever and no-nonsense heroine navigating the intrigue-filled Rear Palace of the Emperor. Sound interesting? What if I told you that she solves mysteries at the behest of the head eunuch who may not be a eunuch at all? And what if I said that she’s an apothecary and pharmacist? 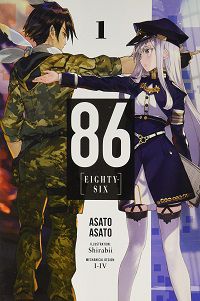 Light novels are filled with premises involving war. After all, the reasons why many protagonists find themselves transmigrating to another world is because they must save their new home from some threat.

86 is not an isekai. It’s a science fiction series about two nations at war. Everyone thinks the war is being waged by automatons. That isn’t true. One side uses humans, and worse, these humans are the socially oppressed. The series begins when a battalion of these socially oppressed peoples — known as 86 — is given over to a new handler. 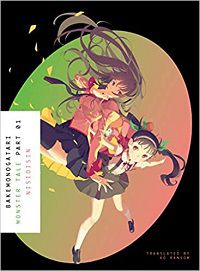 You can’t put together a list of light novel recommendations without mentioning the most famous light novel author of all. NISIOISIN shows up on many a light novel list and for good reason. His writing is clever and witty. If you’re a regular manga reader and anime fan and you haven’t picked up a NISIOISIN light novel yet, you need to. His works are full of references to anime and manga series.

Monogatari is his most famous work. It features a protagonist who survived a vampire attack — and in fact, was a vampire for a short period of time. (It’s okay! He’s cured now. Mostly.) Surviving a vampire attack with his humanity mostly intact would normally be a cause for celebration, but now he seems to be a magnet for girls with supernatural problems.