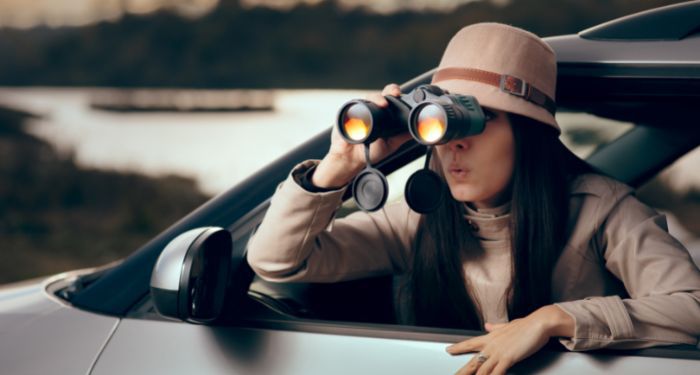 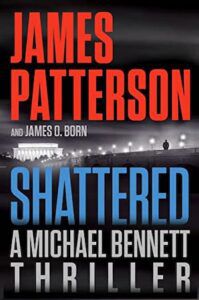 It’s a beautiful day in the village. The warm sun is shining, and flowers are blooming everywhere. You can smell their sweet scent…but is it hiding something foul?

It’s a beautiful day at the seaside. The tide is headed out, and you’re off to collect colorful shells with your favorite seashell basket…but what’s that up ahead? Is that piece of driftwood wearing pants or is it…someone?

It’s a beautiful day at the winery. The harvesters are out in the fields, and the grape stompers are stomping grapes to their bare feet’s content. But what’s that? Something large is floating in the vat, and it’s not the correct vintage at all.

You would think some of these more picturesque villages would band together to get a cell tower installed, but I suppose it does harm the view.

There are a few different ways to define a cozy mystery, but the way I define them is this: a cozy mystery is a mystery, often a murder mystery, set in a pleasant location with pleasant people and usually excludes explicit details of anything too gory or adult in nature.

Even though the crime is often quite violent, there is a level of innocence to cozies that, I think, appeals to their readers. The crimes are always solvable, usually by an amateur. (Though, some of these series are quite long. You’d think the lay detective is a professional by book 15 or so.)

I find myself reading (and listening to!) cozies quite often in the summer. There’s something about the gentle stories that meshes nicely with long walks or days spent gardening. I don’t need complicated while I’m weeding my veggies, and I love a nice, gentle, fictional murder in my earbuds.

In case you’re of a similar mind, I rounded up 10 cozies. But of course, please enjoy responsibly: keep a sharp eye out for any sinister looking curates, and always hold the handrails as you head up to the tower or down into the crypt. 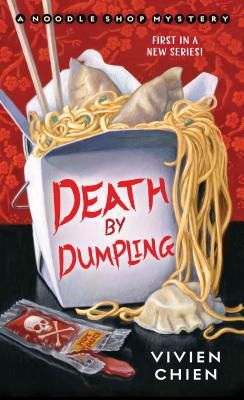 Everyone at Ho-Lee Noodle House knew about Mr. Feng’s deadly shellfish allergy, but no one believes their innocence when Feng turns up dead after a dumpling delivery. Lana certainly doesn’t need to add an active murder investigation to her list of problems: she’s returned home to her family restaurant after a few career bumps, and she just wants to quietly get her life back on track. But now it’s up to Lana — and a handsome police detective — to find the real killer. (Handsome police detective: check.) 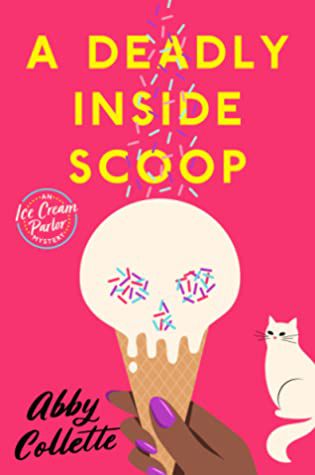 A Deadly Inside Scoop by Abby Collette

The quality at the family ice cream shop has been slipping for years, and Bronwyn Crewse is finally here to bring things back to how they used to be. Armed with an MBA and her grandmother’s recipes, she’s sure she can turn things around lickity-split. But when a blanket of snow covers the ground just before their grand reopening, Bronwyn feels like she’s being sabotaged by the weather. To make matters worse, Bronwyn discovers a body in the snow — and the police are sure her father is the murderer! 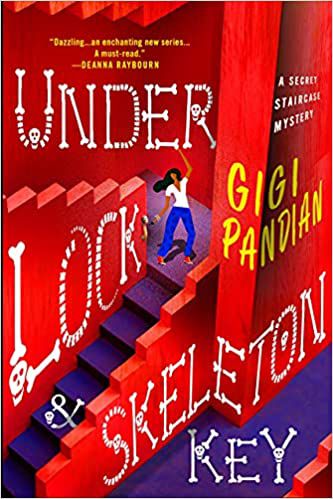 When Tempest Raj, lauded stage magician, has a trick go terribly wrong, her world comes crashing down. The magician community blames Tempest, thinking that she prioritized a dangerous trick over the safety of her crew. Tempest returns home to help out with her family carpentry business — they install secret passages and magical bookshelves — she takes another blow: her stage double has been murdered, and Tempest thinks the killer might be after her next. 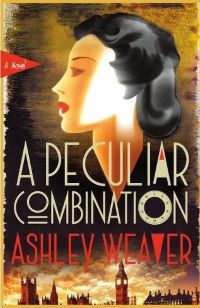 A Peculiar Combination by Ashley Weaver

Locksmithing is an honorable job, but there’s no denying that it’s just a few ticks away from, well, lockpicking. Electra McDonnell wants to stick to smithing, but when the family breadwinners are off fighting for the Allies in WWII, it’s hard to make ends meet. When word arrives of a safe full of jewels and just begging to be picked, Ellie thinks that maybe she can take on just one job. But instead of the promised safe, she meets a government official (a handsome one!) waiting with an offer of a legit job that could use her particular skills. (Handsome government official? Definitely works.) 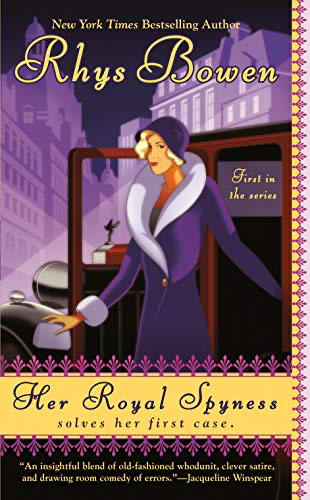 Her Royal Spyness by Rhys Bowen

With a name like “Lady Victoria Georgiana Charlotte Eugenie,” you’d think Georgie would have it all. But money is tight in 1930s England, and all Georgie wants is to escape her domineering sister-in-law. When Her Majesty the Queen (a cousin — Georgie is 34th in line) offers Georgie a deal to spy on her cousins, Georgie doesn’t want to take it…but the proffered income could come in handy. It would come in even more handy when Georgie finds a corpse in her bathtub, setting her off on a crime-solving spree. (Handsome police detective? Check.) 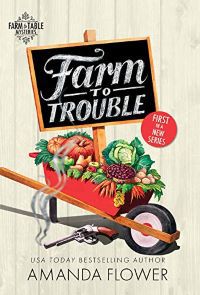 Farm to Trouble by Amanda Flower

Shiloh headed home to cherry country — Michigan, that is — to save the family farm. What she didn’t expect was to have to save the family farm from murder accusations! Her new investor has been found dead at the farmer’s market, just after signing the contract. The whole world, including her dad and frustrating cousin, seem to be against her, but Shiloh is committed to making the family farm work — and finding the killer. (Handsome fireman? You know, it breaks with tradition while still feeling traditional. I think it works.) 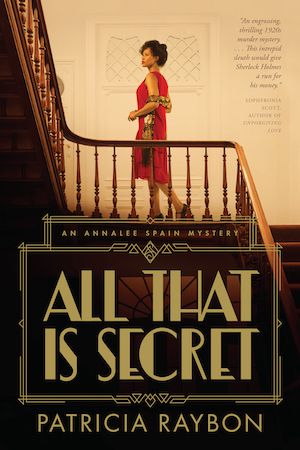 All that is Secret by Patricia Raybon

Professor Annalee Spain enjoys her quiet life at a small Chicago Bible college. But when she receives a telegram calling her home after her father’s murder, she has no choice but to go. It’s dangerous for a Black woman to travel alone in a KKK-ruled city, but Annalee must find her father’s killer. Along the way, she’ll meet a handsome young pastor who might just be able to help her. (Handsome pastor? Sure!) 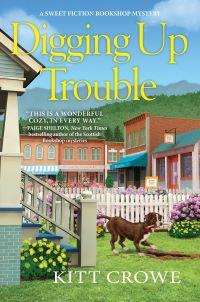 Digging Up Trouble by Kitt Crowe

Confection, Oregon is the sweetest little town on the West Coast. Visit Sweet Fiction for the perfect book, and then stop by Eats n’ Treats for dessert. Or, at least, that’s Lexi’s ideal day. Instead, when her dog Cookie lets herself out and does some digging, Lexi’s day is, well, redirected. Cookie has discovered a body in the neighbor’s garden, and she might just have the murder weapon in her teeth. 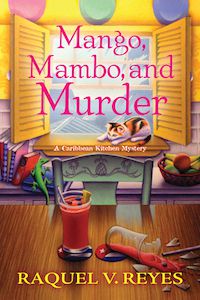 Miriam Quiñones-Smith is willing to make sacrifices. She’s put her career as a food anthropologist on hold to stay home with her son, she’s put up with her opinionated mother-in-law for years, and now her husband seems to be tying to rekindle a relationship with an old flame. When a friend offers her a part time job as a Caribbean food expert on a local TV show, she jumps at the chance. But when bodies start dropping all around Miriam, she’ll need to use her food smarts to figure out just who has been poisoning the pudding. (Irritated police detective? We can work with that.) 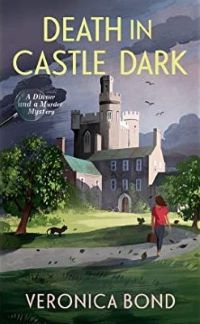 Nora Blake is getting tired of the audition-rejection-disappointment cycle, so when a mysterious invitation to a castle outside of Chicago turns up, Nora can’t turn it down. She’ll be a regular performer in Castle Dark’s murder mystery dinners. It’s not high art, but it’s a living, and it comes with room and board. Everything seems perfect, until a performance goes wrong and one of Nora’s castmates isn’t just pretend-murdered. Nora takes on the task of hunting down the murderer before they hunt her down first. (Handsome police detective? Would I end this list any other way?)

And one bonus recommendation. You know, for your own safety. 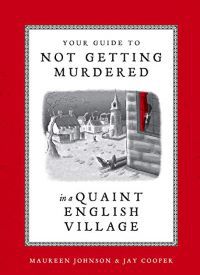 After reading all these cozy mysteries, you might start to feel, well, less cozy. In case you’re worried about poisonous thorns in your roses or being pushed into a vat at just the wrong time, Maureen Johnson and illustrator Jay Cooper have the perfect instruction manual to keep you on your toes — and alive.

Want more mystery in your life? Check out this bi-weekly mystery podcast. Dive into some classics with the 15 best mysteries of all time. Nostalgic about your Nancy Drew days? How about some middle grade mysteries?