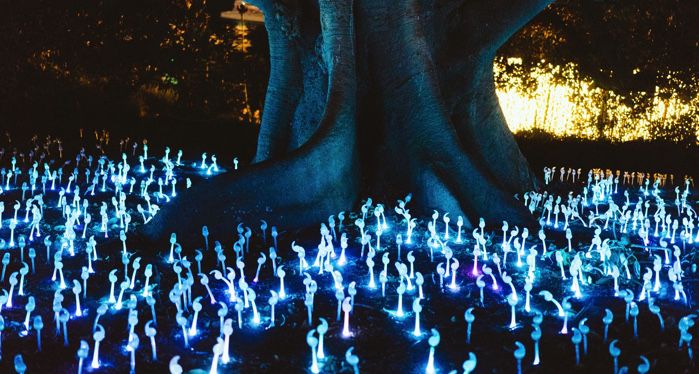 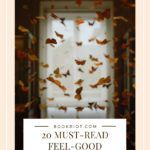 Folks, how are we doing? Yeah, same here.

Maybe in the welcoming arms of fantasy.

But sometimes orcs, goblins, and the sinister plotting of wizards can’t give you the escapist endorphin release you need. You may need something a little lighter or with a happy ending—and maybe a little romance, too.

The following feel-good fantasy books run the gamut of sub-genres, center different kinds of characters, and take diverging, pleasant paths. Some are whimsical. Others are wild. And some are just guaranteed to make you giggle. But they’ll all leave you with a smile after the last page. 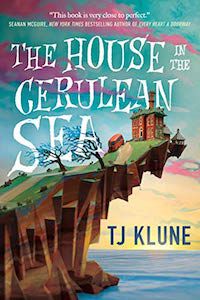 The House in the Cerulean Sea by TJ Klune

This contemporary fantasy can satisfy any sweet tooth with its found family story and its gentle queer romance. When Linus Baker, a case worker for the Department in Charge of Magical Youth, is sent on a hush-hush assignment to a remote island orphanage, he’s wary of what he’ll find. But when he arrives, he discovers a remarkable—if unusual—gaggle of children, tended by the equally special Arthur Parnassus.

Two very different female characters on twin tracks converge in a charming fantasy whodunit. First Onna, the Hermione of her village school, is denied entry to a prestigious magic academy because of her gender and class. Meanwhile, Tsira, daughter of a troll clan leader, sets out on a journey to find herself away from society’s expectations. The two end up pursuing different threads of the same mystery: who’s responsible for a series of murdered trolls?

We Ride Upon Sticks by Quan Barry

The Danvers High School Women’s Field Hockey team is not good. At least until these misfit athletes sign a dark pledge in a notebook plastered with the face of Emilio Estevez (because it’s 1989). In a town that was once Salem Village, these kinds of promises are binding. As “Emilio” urges them on, the girls’ sins match and threaten to exceed their successes.

The Beautiful Ones by Silvia Moreno-Garcia

Lush and character-driven, this fantasy of manners transports you to a high-society setting inspired by La Belle Époque. Antonina Beaulieu is boisterous and headstrong. These traits, coupled with her telekinetic powers, have left her family deeply concerned with finding a suitor for her. Then a popular telekinetic performer takes an interest in Nina and upends everyone’s plans. 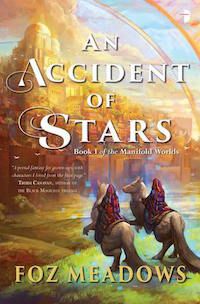 An Accident of Stars by Foz Meadows

Australian teen Saffron Coulter stumbles her way into another world in this fantasy designed for maximum feels. After an encounter with Gwen, an enigmatic worldwalker, Saffron follows her through a portal to Kena, a fantastical realm on the edge of civil war. The world Meadows has created is an all-consuming escapist dream with complex politics and an emphasis on inclusion.

A Green and Ancient Light by Frederic S. Durbin

This sweet coming-of-age story hits the same nostalgia spot as classics like The Last Unicorn. The date and place are kept deliberately obscured, which lends a timelessness to this tale of a young boy sent to live with his grandmother in the countryside. When one piece of a far-off war hits the village, the boy begins to untangle one of the secrets of the nearby woods: the Grove of Monsters.

The Witch’s Kind by Louisa Morgan

Life hasn’t been kind to Barrie Ann Blythe, one of the witches at the center of this quiet, contemplative book. But two unexpected events—one a blessing, one a curse—transform her world and that of her aunt Charlotte. This is a book about witches, told from their perspective. As such, it’s a lyrically and lovely written triumph about independent, unusual women.

Heartbreak stalks the pages of this novel, as it does young January Scaller. But the bitterness of disappointment is overpowered by the spellbinding nature of January’s quest for independence and self-knowledge. When January finds a mysterious book full of secret doors to new worlds and an impossible romance, everything she thought she knew crumbles.

Bearly a Lady by Cassandra Khaw

This slim novella stars a bisexual werebear who happens to be a bit of a fashionista. Do you need more enticement? Zelda McCartney has an above-average life in every way but one: the need to turn into a werebear once a month. But an assignment that has her chaperoning a fairy nobleman throws her work and love lives for a loop. 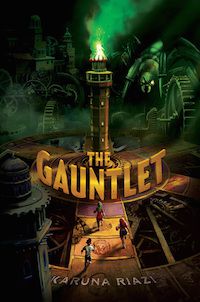 The Gauntlet by Karuna Riazi

The Gauntlet is the book you wish you’d been able to read in middle school. And it’s perfect for days when you want to run away from the daily grind. For her 12th birthday, Farah receives a mechanical board game, The Gauntlet of Blood and Sand. When her younger brother is sucked into the board, she and two friends follow. Together, they must outsmart the Architect in a series of challenges, or else they’ll be trapped inside for good.

A gaslamp fantasy, Witchmark delivers suspense and danger—delightfully so. In an alternate world akin to Edwardian England, Miles Singer wants to escape his magical destiny. After faking his death, Miles thinks he’s secured his anonymity, until a patient dies and a gorgeous new stranger, Tristan, recognizes him for what he is. Together, they investigate a murder, while feelings blossom.

Can I interest you in a graphic novel starring a teen witch who splits her time working in her grandmothers’ bookshop and investigating paranormal events? Thought so. When Nova Huang follows rumors of a white wolf in the nearby woods, she finds Tam Lang, a childhood friend and crush. Tam is on the run from occult forces and will need help from Nova and her witchy grandmas.

Beneath the Sugar Sky by Seanan McGuire

The mood of McGuire’s Wayward Children books depends on the kids and portal worlds they focus on. Here, the pupils of Eleanor West’s Home for Wayward Children are sent on a forbidden quest to the land of Confection to do the impossible: rescue Sumi, a classmate who died in a previous book. Luckily, the rules are different in this Nonsense world where the fields are sown with candy corn and the sea is filled with strawberry soda.

The primness of a Regency era setting is juxtaposed beautifully with Cho’s witty, whimsical story of an England in magical crisis. A formerly enslaved prodigy, Zacharias Wythe now finds himself Sorcerer Royal just as England’s well of sorcery has begun to run dry. Zacharias will fight his peers’ prejudice and tangle with Fairyland to get to the bottom of the magical drought.

Kings of the Wyld by Nicholas Eames

Mercenaries get the rock star treatment in this funny, heart-filled epic fantasy. Saga was once the most revered bands of mercenaries; now, decades later, its members have grown old and out-of-fighting-shape. A highly personal rescue mission gets the band back together and forces them to rise to the occasion. 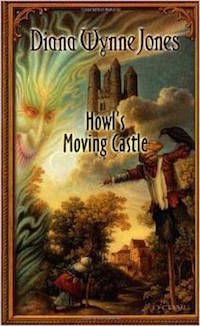 Honestly, any Diana Wynne Jones novel could have filled this spot. She’s written some of the best comfort food in the genre. And Howl’s Moving Castle hits every note: interesting magical mechanics, an arrogant and reclusive wizard, a smart-talking demon, an unusual found family, and a female protagonist with agency.

What’s more soothing than a good girl gang? A witchy girl gang. After her vengeful ex breaks in and steals a powerful spell, Claire and her roommates Andy and Jolene hit the road to retrieve it. This graphic novel follows their satisfying road trip of revenge that’s as much about friendship as it is about magic.

Magic for Liars by Sarah Gailey

Murder mystery at magic school! Ivy Gamble, a down-on-her-luck private detective, has been hired on an unusual job. Ivy lands her first murder case, investigating the death of a faculty member at Osthorne Academy for Young Mages. But there’s a catch: Ivy’s estranged twin sister, Tabitha, also teaches at Osthorne. Come for the satisfying whodunit; stay for emotional closure.

This pleasant intergenerational quest story doesn’t have the macabre atmosphere of so many of Gaiman’s novels, but it does retain the quick wit and sense of wonder of his other works. In the sleepy town of Wall, Tristan Thorn strikes out to retrieve a fallen star. That simple journey gets complicated when Tristan is pulled into the power struggles of a strange world. 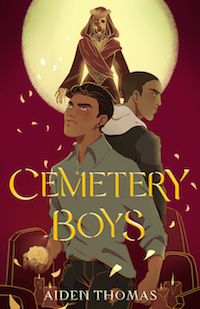 Cemetery Boys isn’t out till June, but consider this the nudge you need to preorder it. Yadriel, a trans boy, sets out to prove his identity as a brujo to his conservative family. How? He intends to free the ghost of his murdered cousin. Instead, he accidentally summons a different ghost: bad boy Julian Diaz. Even (deliciously) worse, Yadriel may be falling for him.

Need an additional mood boost? Check out these other feel-good recommendations from Book Riot.