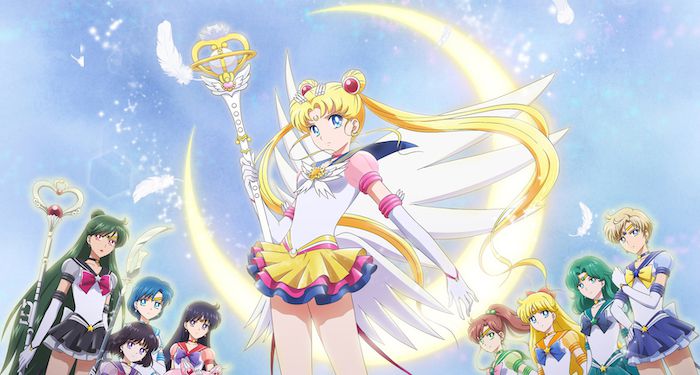 She might seem like your average school girl. But behind her childlike demeanor, clumsy behavior, and grades that get her in trouble with her parents, she’s hiding a secret. She’s a magical girl — or mahō shōjo — and she’s been an iconic staple of Japanese manga and anime for decades. Magical girls have become a symbol for empowerment, strength, and challenging gender norms. They’re armed with amazing magical powers that both give them a new sense of agency and complicate their otherwise normal lives. And magical girls use these gifts to fight evil and protect those they care about, all while looking super cute.

The Origins of the Magical Girl

The history of magical girl manga can be traced back to the 1960s, when writer and illustrator Fujio Akatsuka created Himitsu no Akko-chan (The Secrets of Akko-chan), which was published in Ribon between 1962 and 1965. The series follows Atsuko Kagami, a young girl who is gifted a magic mirror. With this mirror, Atsuko can use enchantments to transform into anything she wishes. The manga series was later adapted into an anime and multiple movies.

Although some characteristics of the magical girl can be found in earlier works, Himitsu no Akko-chan is widely regarded as the first real magical girl story, and as such it pioneered some important elements of the genre. Notably, Atsuko is an ordinary girl who is gifted with powers. Atsuko also transforms using her magical mirror, essentially creating a secret identity which separates the normal girl Atsuko from the magical Atsuko.

Magical girl manga as we know it today also has its origins in American pop culture, specifically the 1960s TV series Bewitched. Another pioneering magical girl manga series was Sally the Witch, created by Mitsuteru Yokoyama as an homage to the American TV series. Sally is a witch who is living among regular humans, and just like Samantha Stevens from Bewitched, Sally does her best to keep her powers hidden so that she appears to be an average girl. Sally the Witch was also the first magical girl story to ever be adapted as an anime, even though the Himitsu no Akka-chan manga predates this series.

Manga artist Osamu Tezuka, who is often referred to as the “Father of Manga,” also put his own stamp on the magical girl genre. His manga Princess Knight is seen as a precursor to the magical girl, as it introduced the concept of female superheroes. But Tezuka’s real contribution to the genre came in the form of Fushigi na Merumo, or Marvelous Melmo. Melmo is a 9-year-old girl who loses her mother in a car accident. Up in heaven, Melmo’s mother wishes that her daughter could grow up faster, since life will be harder for the young girl without her mother to care for her. So God allows Melmo’s mother to return to Earth as a ghost in order to give Melmo a special gift: candy. The blue candy will turn Melmo into a 19-year-old version of herself. The red turns Melmo back into a 9-year-old. And if she combines the two candies, Melmo reverts back to a fetus and then can choose to grow into any animal form she wishes.

If that sounds super weird, that’s because it is. But in a fun way.

The manga Cutie Honey, written by Go Nagai, first appeared in Weekly Shōnen Champion’s 41st issue of 1973. This manga series introduced another super important aspect of the magical girl genre as we know it today: the transformation. Honey Kisaragi is an android girl who transforms into Cutie Honey to fight evil. Honey had many transformations over the years, and this was became signature characteristic of her storyline. Creator Go Nagai claims that Honey was the first-ever female protagonist of a shōnen manga series.

While we can look back at these early forms of manga and call them the earliest versions of magical girls, at the time they were called something else: majokko, or little witch. It wasn’t until the 1980 Toei anime series Mahō Shōjo Raraberu, or Lalabel, the Magical Girl, that the term “Magical Girl” became popularized.

The Rise of the Magical Girl

Sailor Moon combined many story elements to create a successful series that felt unlike anything that came before it: the action of shōnen manga, the hero teams of Super Sentai/Power Rangers, and the magical transformations and powers of the magical girl. The superheroes of Sailor Moon are serious fighters, but they also embrace more traditionally feminine characteristics and interests, such as makeup, fashion, and romance. And what’s more, their femininity is not a weakness but rather the source of their powers. Sailor Moon quickly became one of the highest selling manga series of all time, and still remains widely read to this day. The Sailor Moon manga and anime series has had success worldwide and has been translated for readers across the globe.

Sailor Moon‘s rise to popularity in the 1990s was fueled by the Girl Power movement and lead to an increased interest in magical girl manga and anime as a whole. Some of the anime/manga that followed in Sailor Moon‘s footsteps in the ’90s included Min Ayahana’s Akazukin Chacha, Wedding Peach written by Sukehiro Tomita and illustrated by Nao Yazawa, and an anime remake of the ’70s series Cutie Honey, entitled Cutie Honey Flash.

One of the most popular manga series to come from the 1990s magical girl boom was Cardcaptor Sakura, written and illustrated by the manga group Clamp. Cardcaptor Sakura tells the story of a 10-year-old 4th grader named Sakura Kinomoto. After Sakura accidentally releases a set of magical cards into the world, she is tasked with retrieving them and sealing before they wreak havoc on the world. The cards, called Clow Cards because they were created by Clow Reed, are imbued with magical powers. And those powers can only be activated by someone with inherent magical abilities. As with Sailor Moon, Cardcaptor Sakura saw worldwide success and was developed into a 70-episode anime television series.

Generally speaking, magical girl manga and anime series were originally targeted toward younger audiences, specifically young girls. But series like Sailor Moon and Cardcaptor Sakura became crossover hits, popular with people of all ages and genders. As such, in the 2000s and beyond, there was a rise of magical girl series for older audiences and magical girl parodies. Notable additions to the genre in this period include Magical Girl Lyrical Nanoha, Puella Magi Madoka Magica, and Little Witch Academia.

Then there is the magical boy. Many of these series were parodies, poking fun at the tropes of the magical girl that by the 2010s had become a little overdone. For instance, Cute High Earth Defense Club LOVE! is an anime and manga series that premiered in 2015. The parody series tells the story of five ordinary boys who are given extraordinary nature-based powers from mysterious creature from outer space. In her review of the series for Anime News Network, Amy McNulty wrote,

“As a parody of a genre that can still entertain in its own right, this series walks the line of critiquing and venerating the magical girl genre with finesse. It’s comedic, but it’s not a gag-a-minute affair. Yes, it has over-the-top situations, but it’s just slightly less believable than the typical magical girl show, so it works. We’re not laughing at the show, we’re laughing with it.”

And while magical girl series have traditionally confronted gender norms and expectations, none has done so quite like one of the most recent additions to the magical girl/magical boy genre, a comic called Magical Boy by The Kao. In Magical Boy, Max is a high schooler who has been chosen to become the next “Magical Girl.” But there’s one problem. He’s a trans boy.

As a genre, the magical girl has been around for over 60 years. Older favorites like Sailor Moon remain popular to this day, and newer works like Magical Boy continue to expand on what the magical girl as a genre is capable of exploring. Messages of love, friendship, and empowerment are eternal and it’s easy for readers of all ages to connect to these concepts. This is why I doubt we’ll see the power of the magical girl fading any time soon.