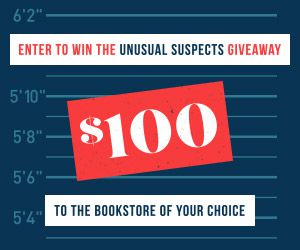 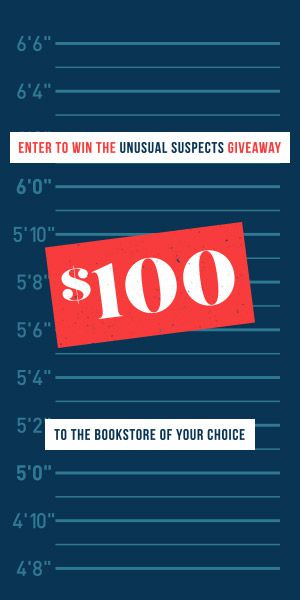 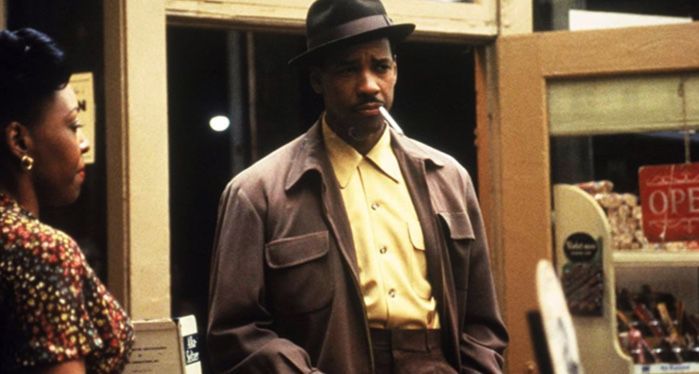 Walter Mosley will be the first African American writer to receive the prestigious 2020 Distinguished Contribution to American Letters from the National Book Foundation. Mosley has written 60 books of nonfiction, fiction, mystery fiction, and science fiction.

Walter Mosley, a Los Angeles native born in 1952, who now resides in New York and Los Angeles (Mosley and I shared the same high school, Alexander Hamilton High School, a school that often appears in the Easy Rawlins series) has also been the recipient of the O. Henry Award, The Mystery Writers of America’s Grand Master Award, a member of the New York State Writers Hall of Fame, a Grammy, several NAACP Image Awards and the Pen America’s Lifetime Achievement Award.

Readers appreciate the clarity and the enlightenment that Mosley’s books bring. David Steinberger, Chair of the Board of Directors of the National Book Foundation, announced their choice of Mosley for the award in early September, stating: “Mosley is a master of craft and and narrative, and through his incredibly vibrant and diverse body of work, our literary heritage has truly been enriched.”

Of the 60 books that Mosley has published, 14 comprise the Easy Rawlins Mystery Series. For education and elucidation regarding the social, political, and cultural fabric of Los Angeles from the 1950s through the 1960s, read the Easy Rawlins books.

The genius of Mosley and his immortal character Easy Rawlins has often been compared to the noir novels of Raymond Chandler or Dashiell Hammett. But Mosley goes a great deal further with Easy Rawlins: these are not the lightweight atmospheric stories involving the very usual suspects of bad women and weak men.

Mosley infuses Easy Rawlins with a strong plot line in his stories, but every Easy Rawlins story lays bare the brutal effects the country’s historical racism has had on his Los Angeles characters.

Listed below are six Easy Rawlins mysteries that will change your life in a good way. You will become a devotee of Easy Rawlins and of Walter Mosley. 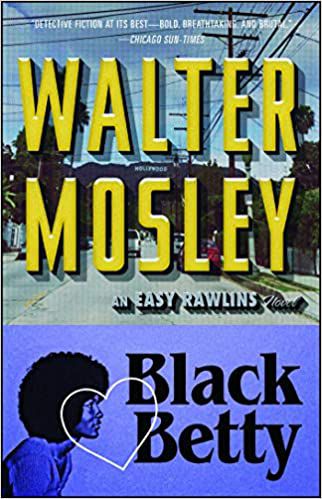 It is 1961 and the country has a young Irish president, John Kennedy. Easy Rawlins does not share the country’s enthusiasm. Easy is anxious about the Russian nuclear bombs being tested and anxious about money, or the lack of it, to support his young children. That is when the sleazy Saul Lynx, the white private detective that Easy Rawlins always avoids, asks Easy to locate the missing housekeeper, known as “Black Betty,” for the politically influential and wealthy Beverly Hills family the Cains. Black Betty’s disappearance had the ripple effect of a few other people who were close to Black Betty also going missing. Easy finds the twisted heartache and the racial reckonings behind Black Betty’s disappearance.

“It was a rhythm more satisfying than good music. I could have spent a whole life watching my children grow. Even though we didn’t share common blood I loved them so much that it hurt sometimes.

I seemed to collect children in my line of work; doing ‘favors‘ for people. I took Jesus out of a life of child prostitution before he was three. I’d caught the murderer of Feather’s white mother. It was Feather’s grandfather, who had killed his own daughter for bearing a black child.” 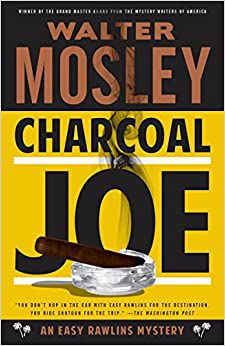 It is 1969 and Easy Rawlins has established a small but thriving private detective agency on the corner of Robertson and Pico on the westside of Los Angeles. As a favor to Raymond “Mouse” Alexander, Easy takes a case on behalf of Charcoal Joe, the L.A. underworld kingpin. It appears that someone close to Charcoal Joe, Seymour Brathwaite, an African American stellar university student, has been framed for murdering two white men at a Malibu beach house. Easy reluctantly takes the case, Seymour Brathwaite is cleared, and Easy Rawlins survives again.

“On that early morning ride from Watts to the sea I considered John’s words. We came from dark skins, darker lives, and a slim chance of survival. The fact that we once knew each other in Fifth Ward, Houston, Texas, and that we were both still alive and ambulatory, was a miracle in itself. Where we come from he’s dead was as common as he’s sick or he’s saved.“ 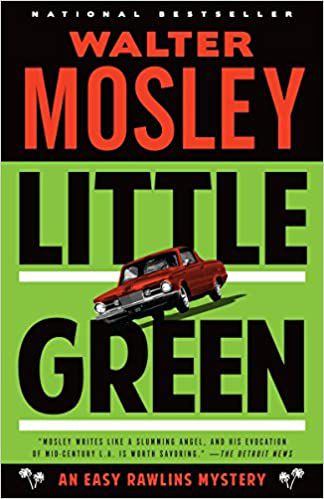 It is 1967 and it seems that every teenage runaway in the country has landed on L.A.’s Sunset Strip. Easy Rawlins also heads to the Sunset Strip to locate Evander “Little Green” Noon—rumor has it that Little Green had taken LSD and disappeared on the Strip. Easy searches the 1967 Los Angeles landscape, where cultural and political boundaries are changing but the thirst for greed and power never changes, and Little Green pays heavily for being in the wrong place at the wrong time.

“I was quiet for a long while after that. Ruby was a truth that I didn’t need to know. I wasn’t afraid of or repulsed by her, but she was so loose in her approach to life that she flung doors open that wanted to stay closed.” 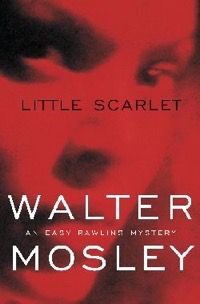 In the days after the 1965 Watts Rebellion, Easy Rawlins is approached by LAPD Detective Melvin Suggs. Detective Suggs asks Easy to locate the white man who left the apartment of Nola Payne, a young African American woman found strangled during the violence. Easy wants justice for Nola Payne—he finds the killer and the person who pulled the strings behind the brutality of Nola’s murder. The reason behind her murder is a reckoning, once again, of America’s racist past.

“It wasn’t the first time I had met someone like her. And I didn’t hate her for hating herself. If everybody in the world despises and hates you, sees your features as ugly and simian, makes jokes about your ways of talking, calls you stupid and beneath contempt; if you have no history, no heroes, and no future where a hero might lead, then you might begin to hate yourself, your face and features, your parents, and even your child. It could all happen and you would never even know it. And then one hot summer’s night you just erupt and go burning and shooting and nobody seems to know why.” 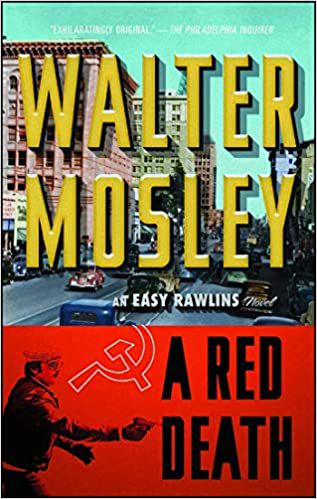 1953 in Los Angeles was a mean period tainted by vicious government blacklisting against anyone questioning the authority of the USA. Easy finds himself to be an unwilling participant in these scam FBI/IRS investigations against “reds” when an oversight on his tax records makes him prey to both the FBI and the IRS. Easy finds that it is not the communists we need to be worried about but the IRS with its predatory blackmail schemes and the FBI for its pettiness when confronted with actual trouble.

“I went down Central. The sidewalks were pretty empty at midday, because most people were hard at work.

I had solitude but I soon realized that there was nothing for me to consider. In the forties and fifties we obeyed the law, as far as poor people could, because the law kept us safe from the enemy. Back then we thought we knew who the enemy was. He was a white man with a foreign accent and a hatred for freedom. In the war it was Hitler and his Nazis; after that it was Comrade Stalin and the communists; later on, Mao Tse-tung and the Chinese took on an honorary white status. All of them bad men with evil designs on the free world.” 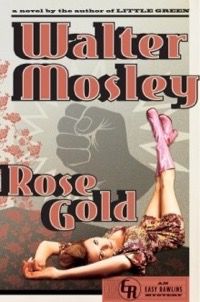 It is 1968 and Los Angeles feels the heat. In an era of rampant police corruption, Black Nationalism, political kidnappings and enormous profits being made off the miseries of the poor, a young woman by the name of Rose Gold (Rosemary Goldsmith) is kidnapped by the Black Nationalist cell, Scorched Earth. Rose Gold reappears, questions are asked, and Easy solves the case—but we read Rose Gold for its insightful dialogue and insight into 1968 L.A. Every well-observed detail of dress, skin color, and speech has Mosley giving the reader a social and historical education.

“A car pulled up to the curb just then. It was a dark Ford with four male passengers. Most cars in Southern California transported a solitary driver, a couple, a double date, or a family. Four men in a car spelled trouble if there wasn’t a construction site somewhere in the vicinity.” 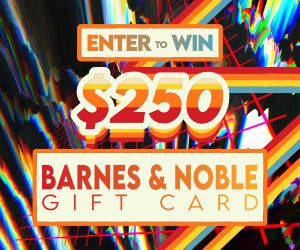 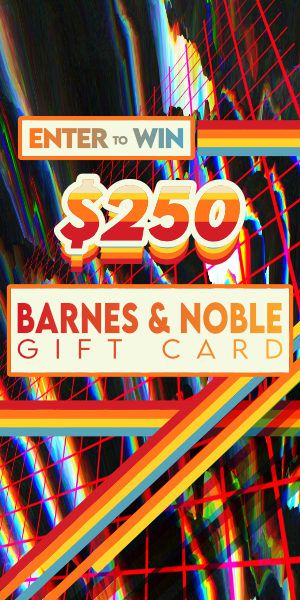