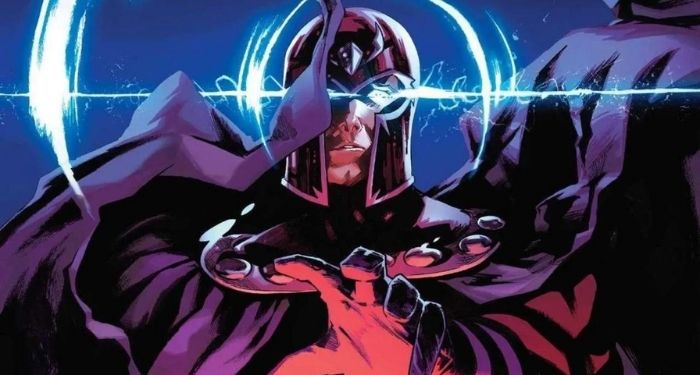 These journeys are sometimes long, spanning decades of character development and changing editorial staffs. Sometimes the flips are one-offs, contained to a single story or even a single alternate dimension. Either way, these changes are fascinating stories in redemption. They make readers wonder about the former villains intentions, waiting for the con to be revealed.

These characters also pose the question: What is a hero? Are heroes defined by their pasts, by the bodies laid in their path? Are they the decisions they make moment to moment? If a character (or real person) has done terrible things for a long time, what does it take to be seen as a hero? It is often how those very questions weigh on the character that make for the best stories.

Without further delay, here are 11 of the best comics villains becoming heroes, whether for a fleeting moment or for the rest of continuity (so far).

Ever since the collective mutants of the Marvel Universe moved to Krakoa, they granted amnesty to every villain with an X Gene. From Blob to Mystique to Apocalypse to Cassandra Nova, they’re all on the side of the angels now. Sort of. Definitely some more than others. Some classic villains like Pyro seem quite at home fighting beside their former enemies in the name of mutantkind. Others like Mister Sinister, even while sitting on the Quiet Council, are secretly working their own agendas. For those, it’s only a matter of time before the great dream of Krakoa turns into a violent memory.

Now known as the costumed hero Orphan, Cassandra Cain was raised by her parents and assassins David Cain and Lady Shiva. She wasn’t allowed human contact nor speech during her childhood and training. When she first appeared on the page of Batman, she was mute and illiterate, but a savant at reading body language in combat. She was also an assassin.

Over time, she earned her way into the Bat-family, eventually earning the mantle of Batgirl after saving Commissioner Gordon’s life in No Man’s Land. While still a brilliant fighter, she’s learned empathy, speech and writing, and how to be a hero, even finding her own place outside of Bruce Wayne’s circle. She certainly didn’t start that way.

That’s right, everyone’s favorite, foul-mouthed, fourth-wall-breaking antihero started out as a straight-up villain. He was created as a pastiche of DC’s Deathstroke. Deathstroke, Deadpool. Slade Wilson, Wade Wilson. The big two have been doing this for decades. After years of being a perpetual thorn in the side of the X-Men, he eventually grew popular enough to get his own title.

And that’s when the Deadpool we know today emerged. He’s funny and irreverent. He can carry on long conversations with himself, his own zombie head, or us readers. Is he a hero? Sometimes? That’s a far cry from his villainous origins.

Emma Frost. The White Queen. The best description of her is right there in her name: she’s ice cold. For over a decade, Emma was a villain through and through. She was a member of the Hellfire Club, CEO of Frost International, and general billionaire baddie. Her telepathic powers and financial influence made her less a blunt instrument than someone manipulating events from afar, though her diamond form always meant she was a force in person, too.

Then came Generation X. Following the Phalanx Covenant storyline, Emma started her own school for young mutants, bringing in Banshee to help to help teach. Her newfound alliance with heroic mutants led to a long-time romance with Cyclops and her involvement on many X-Men teams. She still keeps that ice-cold edge, and has even rejoined the Hellfire Club in recent years.

While some villains becoming heroes are long character arcs, others are one-offs. Joker’s hero turn goes a step further than that: it’s not even canon. In Batman: White Night by Sean Murphy, Joker forces Batman to force-feed him a bottle of pills. Surprisingly, Batman’s greatest foe comes out the other side using the name Jack Napier. The Joker persona seemingly gone, Jack starts working very hard and very publicly to make Gotham City a better place.

While the story isn’t canon, White Night challenges whether Batman makes Gotham City better or worse by his actions. Bruce’s inability to accept that Jack Napier is truly the man he claims to be and not Joker running a grift pushes Gotham further and further toward madness. While I won’t give away the story, this hero turn for Joker is incredible.

The master of magnetism was the very first X-Men villain, appearing on Uncanny X-Men #1 back in 1964. If Professor X was originally pastiche of Dr. Martin Luther King, Jr., then Magneto was Malcolm X. They both wanted mutants to thrive, but while Xavier looked for peace with regular humans, Magneto saw mutants as superior and deserving peace by any means necessary.

Over the years, though, good and evil have become more nuanced in comics. As a result, the ethical standpoints of Xavier and Magneto have become more muddled, more entwined, and have even reversed at certain points. He’s still Machiavellian in his pursuit of protecting mutants, but now that puts him on the side of heroes more often than that of villains.

Max Damage isn’t a household name like the others on this list, but if I’m going to mention The Plutonian and Irredeemable as a hero breaking bad, I have to mention Max Damage and Incorruptible. Irredeemable was about a Superman-lookalike going full-on genocide evil. Max Damage was Plutonian’s arch-nemesis, so when Plutonian started killing millions of people, Max Damage rose up to remain the arch-nemesis.

It’s not an entirely original concept: villains can look a lot like heroes when the fate of the world is at stake. Who do you steal from or enthrall if the world is destroyed? Max Damage is sort of like that, though his story developed him as a much more complicated character and an unusual hero in bleak times.

This one is a little weird. In true supervillain fashion, Otto Octavius switched bodies with Peter Parker. And then Peter — in Otto’s body — died. Otto then decides he wants to become a better person and Spider-Man than Peter ever was, starting by defeating the Sinister Six by himself. He became Superior Spider-Man.

What follows is a fascinating exploration of a villain seeing what it takes and what it’s like to be a hero. What begins as a self-serving attempt to prove how inferior Peter was grows into Otto becoming a true hero in Peter’s body, at least for a while.

Unless you’re a fan of comic book history, this one might be a surprise. Rogue? She’s a huge part of the X-Men! She was in the ’90s cartoon and one of the major characters in the original X-Men movies. She’s been a consistent member of X-Men teams for decades.

She didn’t start that way. Rogue first appeared as an opponent of Ms. Marvel (Carol Danvers, now known as Captain Marvel), permanently absorbing those incredible powers and memories. When she moved over to the X-Men titles, she was part of Mystique’s Brotherhood of Mutants. She was never an evil person, though, so it didn’t take long before she saw the X-Men as the better choice of friends.

Take a collection of supervillains, implant explosive devices in them, and then send them on government missions. That’s been the basic premise of the Suicide Squad since 1959. The idea really came into its own when John Ostrander took over in 1988 with the first volume of Suicide Squad. While there have been many iterations of the team, his original lineup of Deadshot, Rick Flagg, Bronze Tiger, Enchantress, Captain Boomerang, and Blockbuster were an eclectic collection.

They didn’t like each other, get along, or even work well together. They each had their own agenda, but they were all under Amanda Waller’s thumb. Through all of that, though, they start to find, or at least discover, their consciences. Like in the recent movie, they eventually choose right, even if not for the right reasons.

Wait! This one’s out of alphabetical order! That’s because Gail Simone’s Secret Six is the spiritual successor to Ostrander’s Suicide Squad. No Amanda Waller or explosive devices here, but instead six odd, existing C-list and new villains brought together by even odder circumstances. The Secret Six.

Catman, Deadshot, Cheshire, Rag Doll, Parademon, and Scandal Savage weren’t an organized team. They weren’t even friends in the beginning, but they grew into a family of misfits finding their way in the world, often aligned with DC’s towering superheroes.

Heroes going back is a trope overdone at this point. Villains turning into heroes, however, is often a slow and compelling process. No matter what someone has done, we always hope for redemption. These were some of the best.