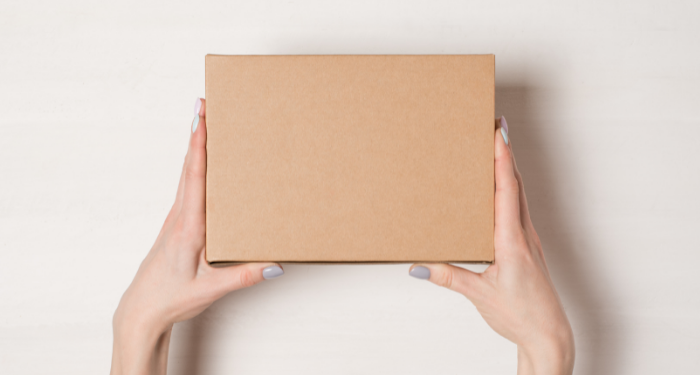 I have a confession to make: until I started doing research for this article, I had no idea that Book of the Month is almost 100 years old. That tells me two things: for one, it seems that I live under a rock; for another, it speaks to the level of success of Book of the Month’s rebranding strategy. Now, does this mean that it is all-around successful for everyone, authors included? That’s an altogether different question.

What is Book of the Month?

The short answer: Book of the Month (BOTM) is a subscription service that lets you choose from seven (as of March 2022) books, then it sends you a hardcover copy of the one you picked. If you like more than one of the choices, you can opt to buy add-ons for an extra fee.

The long answer: throughout its history, Book of the Month has been a book club, a subscription service, and a cultural phenomenon. It launched in 1926, the brainchild of Harry Scherman, Max Sackheim, and Robert Haas. Based in Camp Hill, Cumberland County, Book of the Month Club identified a market for a mail order book distribution service. It became an incredible success in a relatively short time: its initial 4,000 subscriber list expanded to 60,058 by 1927. This was by and large due to its two main tenets:

Of course, those factors would eventually lose much of their power. The existence of bookstore chains, the easier mobility for the general population, and eventually, the rise of the internet and its online-only stores (yes, I mean Amazon) made the company lose subscribers at a staggering rate. After several acquisitions, they were bought by parent company Pride Tree Holdings. In 2012, new Book of the Month CEO John Lippman decided that the only answer was to scrap the existing version of the club and start over in. Its 2015 relaunch proved him right.

Does Book of the Month Have an Effect On Book Sales?

In the past, it absolutely did. Book of the Month Club’s first selection was The Sun Also Rises, Ernest Hemingway’s first novel. Gone With the Wind by Margaret Mitchell and The Catcher in the Rye by J.D. Salinger were also selections in 1936 and 1951, respectively. In 1978, Nelson DeMille’s debut novel By the Rivers of Babylon was another Book of the Month Club pick, at the beginning of what became a wildly successful career.

But what about Book of the Month’s current iteration? Does it make any difference to sales? Well, that can be a little hard to identify. Because Book of the Month gets permission to print their own large run of copies of each monthly selection, that’s a number of copies that might not be printed otherwise. Even when a title doesn’t sell enough books during its month as a selection, it remains available for order add-ons. As Blake Orlandi, the company’s chief operating officer, says: “We eventually sell through the extra books.” But that doesn’t necessarily mean that these are copies that wouldn’t be sold without Book of the Month’s influence.

In order to find the answer, I reached out to authors, editors, and agents. I was particularly interested to hear from bestselling author Amor Towles’s agent, Dorian Karchmar at WME, as two of his three published novels have been Book of the Month picks. As it turns out, it’s not as straightforward as it may seem. As Karchmar told me,

“Amor’s novels are so beloved, the growth of his fanbase so organic, word-of-mouth-based, and deeply supported by booksellers (independent booksellers, most especially), librarians, and other recommenders, that I wouldn’t try to make the case that Book of the Month Club played a signal role in the success of A Gentleman in Moscow or The Lincoln Highway.”

She did make a case for Book of the Month making a real difference in other cases: “I have absolutely seen the impact of a BOTM selection when it comes to authors and novels that are on the brink of breaking out to the next level, and have benefitted significantly from BOTM’s curation and skilled deployment of Instagram.”

Even when exact sales numbers aren’t available, partly because of the reasons mentioned above and partly because others told me it was company policy not to reveal figures, there are factors to consider: social media engagement is a considerable one. Kylie Lee Baker, whose debut novel The Keeper of Night was a selection last November, told me that she doesn’t have actual book sales numbers because she hasn’t received her first royalty statement yet. But she “definitely saw a significant increase of people tagging me on Instagram with BOTM copies in November.” The site also features over 6,000 reviews of her book, indicating that, not only was her novel chosen by a great number of subscribers, but it generated enough interest for those subscribers to log back in and take the trouble to leave a review.

Another November selection was How to Marry Keanu Reeves in 90 Days by veteran author K.M. Jackson. Jackson’s testimony hints at a continued impact of Book of the Month on book sales:

“Being picked by BOTM was a wonderful experience and put me in front of lots of new readers who may have not been exposed to my book if not for the direct email experience of BOTM. Additionally, I do think the online buzz of BOTM has given my book a boost of energy well beyond its initial month.”

Without hard data, it’s a little tricky to state for sure that Book of the Month always has a positive impact on book sales, or how big that impact is. However, the evidence heavily leans towards a positive answer: the fact that authors notice increased engagement on social media and reviewing sites, and the extra inventory at Book of the Month warehouses eventually selling through, indicate that Book of the Month does have a positive effect on sales, whether direct (subscribers buying the books from each monthly catalog) or indirect (generating extra buzz so that non-subscribers buy the books from their preferred stores).

It also seems that the impact varies depending on the author’s previous success: debut or relatively new authors will notice a much bigger difference than established or repeat authors. Nevertheless, book marketing is rarely determined by a single factor. Karchmar made an intriguing point: she says that she sees “BOTM as a coveted curator and amplifier of quality fiction. While it might not be enough to “make” a book entirely on its own, or to be credited as the definitive spark leading to explosive marketplace growth for a novel, it can be a very potent source of discovery and word-of-mouth recommendations leading to significant career growth for a writer.”

All in all, I believe that the balance is tipping to the yes side of the scale.

Have you tried Book Riot’s own subscription book service? TBR pairs you with a professional book nerd who creates your own tailored book recommendations according to exactly what you’re looking for, and you can choose from the Hardcover plan or the Recommendations Only plan!