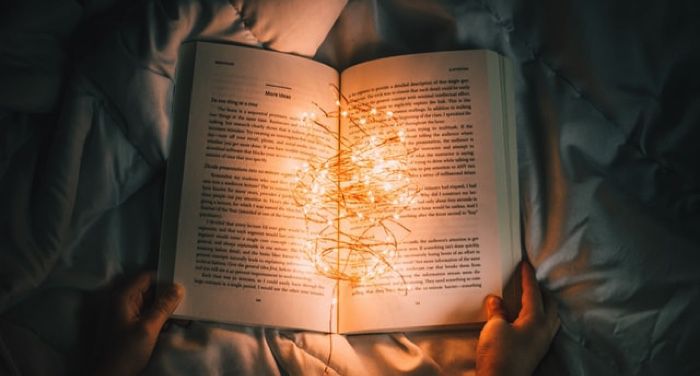 Usually, we start seeing the publication of Best Of anthologies starting in the spring and extending through the fall. These anthologies compile the previous year’s best work, ranging from short stories to travel writing. Editors take on an enormous load, combing through thousands of entries to find what they believe is the best of the best. The end result is often a great variety of form and genre, reflecting trends and structures. The table of contents are composed of some of the best writers working today. For writers trying to break into the field, reading a Best Of anthology is a helpful resource to see what editors enjoy. For readers, Best Of anthologies are fantastic for discovering new authors.

The Vast Spectrum of Best Of Anthologies

It can get confusing, though, because they are a lot of Best Of anthologies. Like a lot.

In addition to the Best American series, there is a plethora of Best Ofs for science fiction, fantasy, and horror. Whatever your interest, you’ll likely find at least one for each genre, showcasing a range of debut and veteran authors.

To the best of my ability, I’ve compiled an overview. Many publishers — from large imprints to indies presses — publish Best Of anthologies, and each editor has their own idea what they consider “the best.” Keep that in mind as you read on, since your mileage may vary.

The Best American series includes a wide variety of anthologies. Mariner Books publishes the series, which is an imprint of HarperCollins (it used to be an imprint of Houghton Mifflin Harcourt until HarperCollins bought it in 2021). The oldest of the series is The Best American Short Stories. BASS began in 1915, and it wasn’t until 1986 that other genres were added, and then it became a series. Now, each year, a guest editor is chosen to pick the table of contents for each Best American anthology. These guest editors are usually famous writers in the category in which they’re editing.

A Series of Wide-Ranging and Changing Genres

Truly, an entire article could be devoted to the Best American series, covering its long history, changes, and speculating the trends to come. The Best American series is due to have another set of books publish on November 1, 2022. At the time this article was written, not all table of contents for the books have been announced. No doubt there will be an abundance of great writing, showcasing the trends and reflecting events of the past year.

Best of Anthologies for Science Fiction, Fantasy, and Horror

There are many best of anthologies that come out each year showcasing the speculative and horror genres. A few anthologies have been helmed by the same editor for many years. Others change, much like the Best American series. No single anthology is the end-all-be-all of the genre, as each editor has different interests. Exploring these anthologies can be great fun for readers and writers alike. 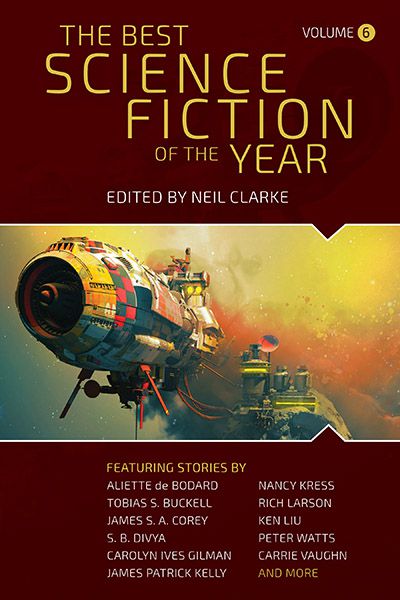 The Best Science Fiction of the Year, edited by Neil Clarke

Launched in 2016, this anthology collects the year’s best science fiction short stories, novelettes, and novellas. The anthology is edited by Neil Clarke, who also edits the renowned Clarkesworld Magazine. The Best Science Fiction of the Year includes many great writers of the genre, including Ken Liu, Aliette de Bodard, James Patrick Kelly, Carrie Vaughn, and more. The latest in this series, volume 6, collects work published in 2020, though the anthology itself didn’t publish until February 2022 due to supply chain issues. 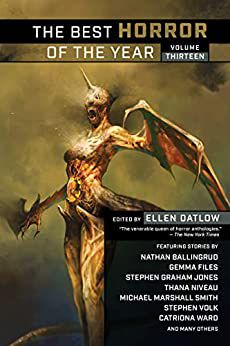 The Best Horror of the Year, edited by Ellen Datlow

Ellen Datlow has been the queen of horror for more than four decades, having edited many anthologies and books of science fiction, fantasy, and horror. The Best Horror of the Year compiles the best horror stories of the year, and often includes both debut and veteran writers of the genre.

The latest anthology, volume 14, does not have a cover image, but it compiles work from 2021 and is due to publish in October 2022. The image included here is of volume 13. 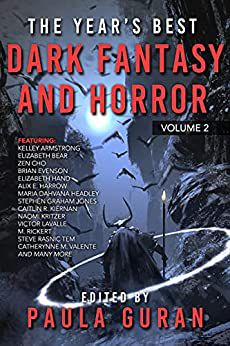 Paula Guran is another master of anthologies, having edited dozens them, from The Best New Paranormal Romance to The Mammoth Book of Angels and Demons. Guran has edited The Year’s Best Dark Fantasy and Horror since 2010. The latest best of anthology is titled The Best Dark Fantasy and Horror: Volume Two, which published in October 2021. It includes some of my favorite writers in the genres, such as Zen Cho, Victor LaValle, Brian Evenson, and more. 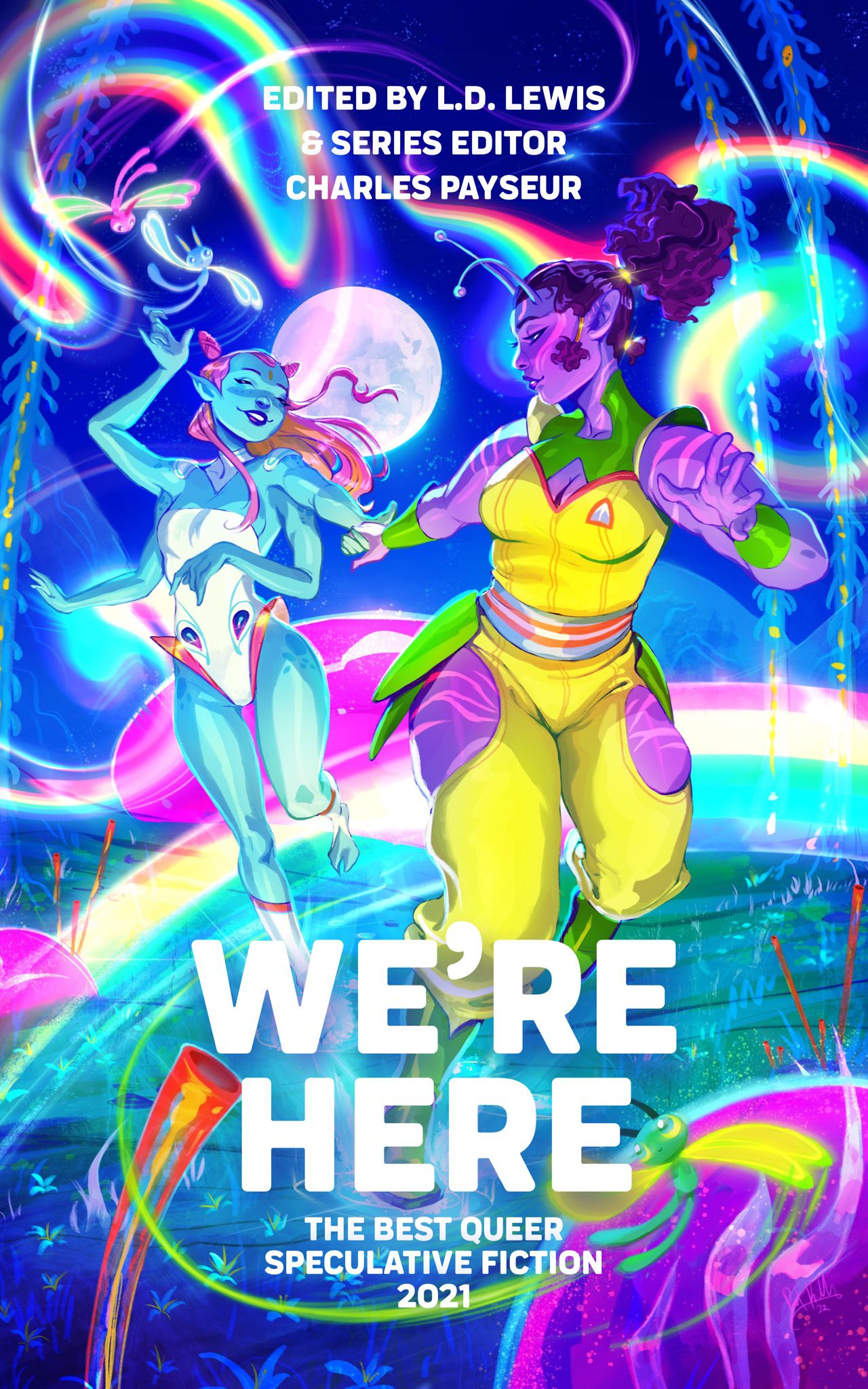 This is a relative new best of anthology, but it is so necessary to the genre and community. Also, just look at that amazing cover.

Charles Peysaur is a renown editor and reviewer of speculative fiction, having reviewed hundreds, if not thousands of stories each year. Peysaur now writes reviews for Locus Magazine in addition to editing We’re Here.

Published by Neon Hemlock Press, the latest addition of the anthology compiles work published in 2021. It’s guest-edited by L.D. Lewis and is now available for preorder on Neon Hemlock’s website. 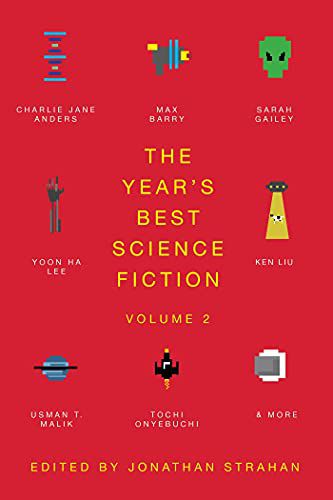 Published by Gallery/Saga Press in September 2021, this is another anthology that focuses on science fiction. It’s the second volume in a series that started in 2019. Like the above editors, Strahan is another titan of the genre, having edited many fantastic anthologies. This latest includes authors Charlie Jane Anders, Yoon Ha Lee, Usman T. Malik, and more. It is a superb anthology for exploring how the genre has evolved in its brilliance and daring.

Best of Anthologies For Awards and Accolades

Each year, prizes ranging from literary to genre are awarded to writers. Some anthologies compile the list of prize-winners and finalists. Below are some such Best Of anthologies. 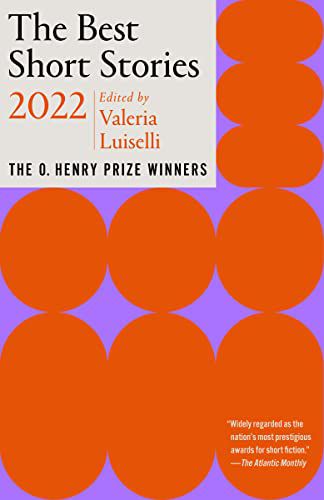 According to Penguin Random House’s website, the O. Henry Prize is the “oldest major prize for short fiction in America. Awarded annually since 1919 (with a break in 2020).”

The prize is named after William Sydney Porter, whose pen name was O. Henry. After Porter’s death in 1910, friends of his came together to create the O. Henry Prize, which can be awarded to short story writers from all around the world. Recently, changes have been made to allow works in translation as well as a new guest editor each year. For the 2022 issue of winners, the anthology is edited by Valeria Luiselli. 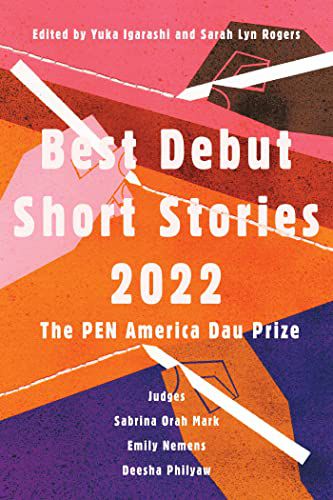 This anthology celebrates writers who have made formidable debuts in literary magazines in the previous year. The list includes 12 winners of PEN/Robert J. Dau Short Story Prize for Emerging Writers, judged each year by a guest editor or editors. This anthology can act as a useful resource for writers, since each story is introduced by the editors of the literary magazine who first published each work, discussing what captured their interest and what makes the story successful. 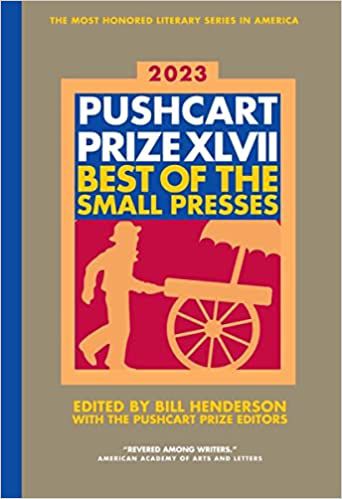 With this latest addition to a longstanding series publishing in November 2022, The Pushcart Prize anthology compiles about 60 stories, poems, and essays nominated by dozens of literary magazines. The series is helmed by Bill Henderson, and each year a set of guest editors and contributing editors choose the Pushcart winners. This is another anthology for getting a lay of the land on what literary magazines are publishing across the board.

Last but certainly not least, there are also awards anthologies for very short stories, ranging from flash fiction, to microfiction, to drabbles (works of exactly 100 words). I expound on my love of flash fiction in a previous article; I mention two anthologies: Best Small Fictions and Best Microfiction, both of which have 2022 editions. Like the above anthologies, these have guest editor(s) that alternate each year. These are brilliant anthologies for little morsels of great writing.

There are so many anthologies of talented writers across a spectrum of genres. The fun part of about these books lies in how no anthology is like any other. Sure, there may be the occasional crossover where one story appears in multiple anthologies, but that is often an exceptional case. Each anthology is compiled by an editor of certain experience, tastes, and interests. Each anthology is compiled of writers ranging from debuts to veterans in the field. And from year to year, each series changes and evolves. Some even retire, making way for new anthologies to bloom, helmed by new editors.

The anthologies listed above could each fill a whole article about its inception and history. There’s so much to explore! Let this be a primer for writers and readers to see what’s out there. Pick one title from above. Take a gander at the table of contents. Soon you’ll be wading in great writing, which will lead you to more great writing, and more…