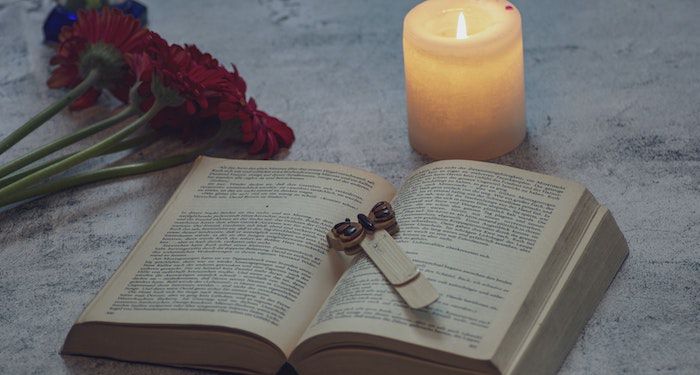 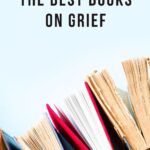 When I was young, I would hear people say one of the worst pains a human could experience was childbirth. I think of the hours of labor before my son was born and conclude that the pain of grief is worse. When I was experiencing contractions, I could point to a part of my body and say, “Here. Take the pain away from here.” The anesthesiologist showed up on the 20th hour (I was trying to go without an epidural but didn’t make it). The medicine went in, and the pain was gone, for the most part. There is no place to point at with grief. It is an ache that drenches you completely, makes your limbs and your head heavy, too heavy to carry. And the sting of grief does not end; it sleeps, gets quiet enough to forget about it from time to time, until it resurfaces with a song, an intersection, a park, a dream, or a corner of your house you forgot to look at with eyes from the past.

The Year of Magical Thinking by Joan Didion

“In time of trouble, I had been trained since childhood, read, learn, work it up, go to the literature. Information was control,” Joan Didion writes in The Year of Magical Thinking, a recollection of the year after losing her husband. This book is considered one of the best books on grief, because although it is a personal account of Didion’s process to accept the loss of her husband, it details the familiar illusion of expecting the lost loved one to come in through the door at any point. When someone we love dies, we live in an alternate reality where time is not linear, and anything seems possible. Didion captures this feeling with originality and with agile observations. 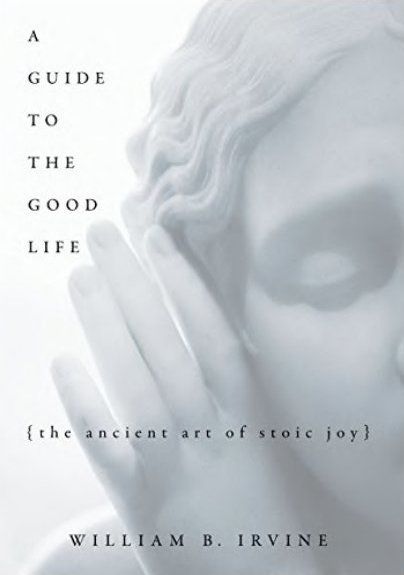 A Guide to the Good Life: The Ancient Art of Stoic Joy by William B. Irvine

In times of loss, I often turn to the stoics, specifically, to William B. Irvine’s A Guide to the Good Life: The Ancient Art of Stoic Joy, where Irvine refutes misunderstandings about stoicism and shares valuable teachings from ancient philosophers. This book is not only about ways to deal with grief. In fact, dealing with the end of life is only one chapter, but the overall philosophy behind these pages is the importance of practicing appreciation for what we have and to work through the loss when those we love leave. “It may seem paradoxical,” Irvine writes, “but having a coherent philosophy of life, whether it be Stoicism or some other philosophy, can make us more accepting of death.” 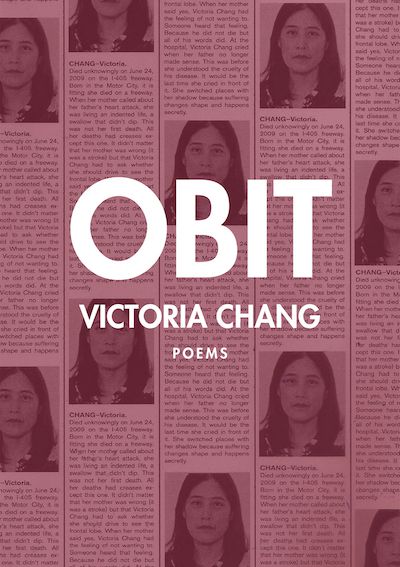 It helps to know that other people have overcome what feels impossible. There are many children’s books about this subject, but one of the best books on grief for adults is Obit by Victoria Chang. Obit is good company when one needs to look at pain straight in the face. After her mother died, Chang wrote obituaries for what she had lost. The necrologies are for objects, a blue dress, her mother’s teeth; for previous versions of Victoria Chang herself; for the frontal lobe of her father’s brain, and Chang’s mother. This book is a beautiful poetry collection about everything that departs when a loved one is gone. The poems name the void left behind, and it is a void full of questions, wonder, and appreciation for what might have been, for what will not be, and what was.

Men We Reaped By Jesmyn Ward

After Jesmyn Ward lost five men she knew well, including her brother, she questioned the circumstances around such losses. Men We Reaped is a powerful memoir that shows how the racism and economic struggle Ward’s brother and friends experienced contributed to the loss of their lives.

More recently, in September 2020, Vanity Fair published an article by Jesmin Ward titled On Witness and Respair: A Personal Tragedy Followed by Pandemic. It is a keen account of Ward losing her husband in which she also talks about how the BLM Movement brought life to her in the desperate times of grief, “…as protesters chanted and stomped, as they grimaced and shouted and groaned, tears burned my eyes. They glazed my face.” 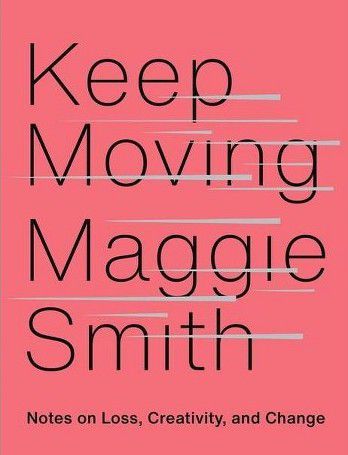 2020 saw the publication of many of the best books on grief. One of such books is Keep Moving: Notes on Loss, Creativity, and Change by Maggie Smith. After her divorce, Smith wrote daily notes to remind herself to keep moving. These reminders encouraged her to appreciate the life around her and the possibility of new beginnings. Keep Moving is home to the notes Smith wrote during that difficult period, along with short essays. This is the kind of book one can open on any page, any day, to find words of encouragement and solidarity.

With time, the waves of sadness caused by loss are less frequent. Or at least, as a friend told me recently, we eventually accept that grief may not leave us altogether, a sign of all the love it represents, but it can cohabitate with the joy of memories.

Eventually, the corners of the house we sometimes see with eyes from the past remind us of happy times and precious moments. Eventually, as Maggie Smith says, we keep moving.