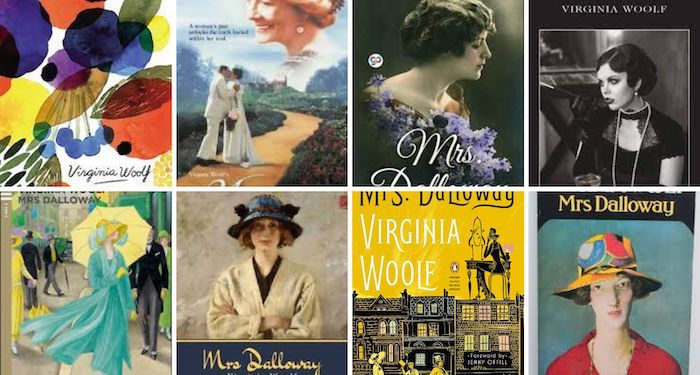 Mrs. Dalloway said she would buy the flowers herself.

The first line of Virginia Woolf’s Mrs. Dalloway is probably one of the best-known first lines in literature. When it was published in 1925, Woolf had already published three previous novels but only one in a similar style, Jacob’s Room. She came to be known as a pioneer of the stream-of-consciousness style of writing, in which we’re not only in the main character’s head, but feeling everything they feel. We experience fragments of thought not only from Mrs. Dalloway and Septimus Warren Smith, but from people they pass on the street and from guests at Mrs. Dalloway’s party.

I’ve had a long history with Mrs. Dalloway. I first read Michael Cunningham’s The Hours, right around the time it was made into a movie. I was probably fourteen and I recently decided that I was ‘a writer.’ I knew that I didn’t get it but that I probably would someday. I hadn’t read Mrs. Dalloway, which may or may not have helped given that I had only recently kicked my Lurlene McDaniel habit. The Hours, for those who are unfamiliar, was also the working title of Mrs. Dalloway.

I started college a few years later, and I was so excited to see that there was a class entirely about Woolf only to be devastated that it wasn’t offered to first year students. It was offered every other year, and most students at my college studied abroad junior year. I am not saying that I didn’t study abroad because I wanted to take a class on Virginia Woolf, but I am not not saying that, either.

I know that close reading is not popular among those of us who were subjected to the worst of it in English class. Why not just read something and take it at face value, you ask? Virginia Woolf was great at several things being true at once. On a literal level (and I have been accused of being too literal in my time), Mrs. Dalloway went out and bought some flowers. That literally makes sense in the context of the story, but we can go further than this. An early reviewer pointed out the “intricate yet clear art of [Woolf’s] composition” within the book.

This was not a woman who did things by accident.

That first line drops us right into the action. It is the entire first paragraph of the novel, so it is visually set apart in space from what comes after it. There’s no explanation of who Mrs. Dalloway is or why she’s buying the flowers, but there are still some things we can extrapolate from the sentence: Mrs. Dalloway is a married woman and she has servants — people who would otherwise be running errands for her — which implies that she is part of the upper class. She lives in a time in which wealthy women can run some of their own errands (the fun ones). This woman doesn’t have to wait for things to be done for her if she doesn’t want to. All of this and we get to go with her on her journey, inside of her head.

Why start with the flowers? Flowers are naturally feminized. They are also frivolous and something not everyone can afford. It would admittedly be less compelling if Mrs. Dalloway were leaving to buy a pair of gloves or something, though Woolf probably could have made that beautiful, and it does feel like a Woolf short story that is probably out there.

We will go on to learn that Mrs. Dalloway knows exactly what her party should look like, right down to the flowers, and that this is important to her. It is her job and she does it well; it is what the people around her recognize her for, whether or not that’s what she actually wanted from her life. The first sentence of the novel sends her on her way so that she can begin observing the world around her. That first sentence tells us right off the bat that nothing in this story is going to be handed to us.

All of that in nine words: Mrs. Dalloway said she would buy the flowers herself.