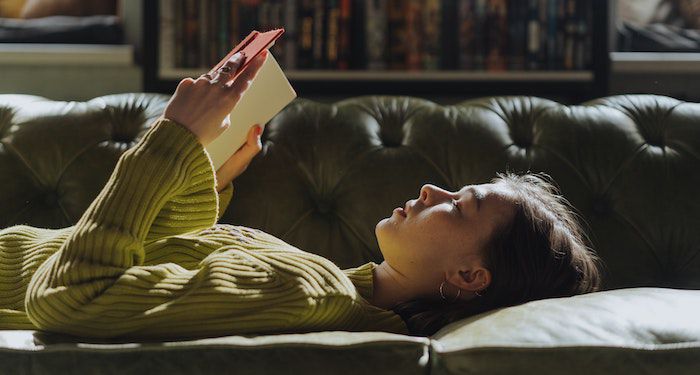 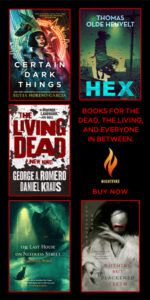 As a tween and teen, I was not exactly the most outgoing. Growing up in Puerto Rico, I went to a small bilingual private school in Cupey called Cupeyville. Since a very young age, at home, my mother would read me books and my aunt also would give me books, which I devoured instantly. I became the ultimate bookworm, gobbling up books and clamoring to be taken to a then independent bookstore in San Juan called Bell, Book and Candle. I even requested they please save me the latest releases to pick up. I was hooked. Books opened up worlds and got me out of my shell.

While some of the books I read did include the stories of twin sisters Jessica and Elizabeth Wakefield in the Sweet Valley High series, and the story of driven and diverse girls in The Baby-Sitters Club series, there were some books that I still think about to this day that fostered my adoration of the written word. Horror books!

I’m an October baby. Born on October 13, I always celebrated the Halloween season in style, and there’s lots of old pictures of me in costume as characters such as Rainbow Brite, Cheer Bear from the Care Bears, and even a tween witch. Let’s just say ever since I was very young, the spooky and the dark intrigue me. From horror movies like the ’90s slashers such as Scream and I Know What You Did Last Summer, to A Nightmare on Elm Street and Halloween, I always have had a little love for gore. But, in the end, there was nothing like a scary book. They made my imagination run wild, and, what I imagined was even better and more detailed than what I saw on screen.

This is where authors R.L. Stine and Christopher Pike come in. I remember discovering R.L. Stine’s Fear Street series as I navigated my school library. In my school, there was a library for lower school and high school. I remember sneaking over to the high school library and filling up my bag with scary reads and not looking back. Some of my favorites in the Fear Street series were his The Babysitter books. I’ll never forget reading about the main character Jenny — all she wanted was a nice and quiet babysitting job, and what she got were eerie phone calls and the stuff nightmares are made of. Someone was watching her, but who? Then there were the series which featured possessed cheerleaders, known as Cheerleaders: The First Evil, where a squad goes wrong and takes along some new girls with them, who were clueless to the spookiness behind the squad. Also, there was the ever so scary Broken Hearts, known as a Fear Street Superchiller, which had way more pages and more spooks. I was enthralled by the story of two girls, Josie and Melissa, who realize someone is out to kill on Valentine’s Day, making the holiday from loving to purely eerie. Suddenly, the girls in Shadyside High begin receiving spooky valentines, and the murders become more rampant. I was hooked and could not stop reading this amazing author’s books, nor did I want to stop.

The magic behind R.L. Stine and his books for me has always been that he does not hold back on the slash and the gore, and his characters, especially his main ones, go through extremely trying situations, learn from them and grow stronger. I loved reading about these characters and I feel like these books were ahead of their time, and they opened up my eyes to the creativity behind the dark and the sinister. Reading his books inspired me to keep reading and to try things that were out of my comfort zone, even as a young girl, which was led to me enjoying or sort of horror in literature to this day, such as my recent read, Nothing But Blackened Teeth by Cassandra Khaw, which is nothing short of scarily excellent. R.L. Stine and his books made me a more mature and brave reader all-around, and I never looked back or have looked back since.

Then, there’s Christopher Pike, who had a similar impact on me and my reading habits. His books were campy, quick reads, full of slasher vibes and screams, and they were delicious to devour. One favorite that stood out for me, that I still remember to this day, is Witch. In the book, Julie is a young girl with amazing powers which she is still trying desperately to understand. All she knows is that her mom, who passed away, once told her not to look into water with moonlight shining on it. One day she does, and she sees a menacing future. Then there is the haunting Remember Me, where a girl is forced to solve her own murder and why it happened before the killer continues their rampage. All of these stories and their twists, their turns, their well-crafted and fun storytelling, stayed with me and made me the reader that I am today. Curious, energized and hungry for more stories of things that might scare us and we just might never fully understand.

To this day, as an avid young adult books reader, I still gravitate to the dark. Whether it’s a super scary story about the occult, to a current favorite of mine, the twisty White Smoke by Tiffany D. Jackson, I truly in my heart feel like these type of books paved the way to today’s most chilling and entertaining slasher lit. I thank these authors for letting me be the reader I am today, and for not letting me be afraid of the dark.

Which spooky and creepy books shaped your world? Any new ones you recommend? Let us know at @BookRiot and let me know at @AuroraMiami on Twitter. And, if you want more about Fear Street and are interested in diving into some of the books I love, check out Book Riot’s Thrills and Chills: A History of Fear Street for an in-depth look at the eerie world itself. Happy reading! Stay spooky. 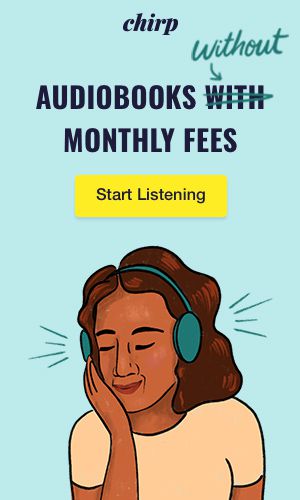