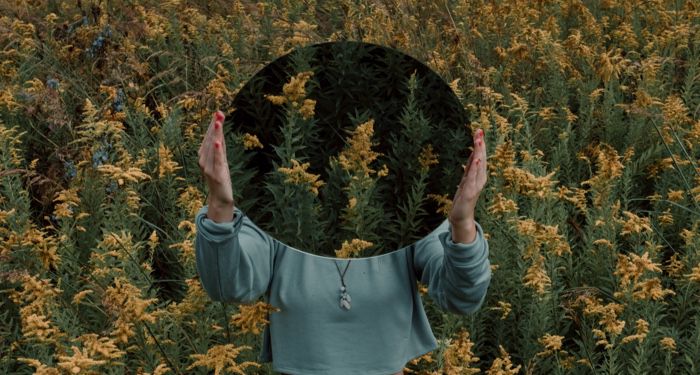 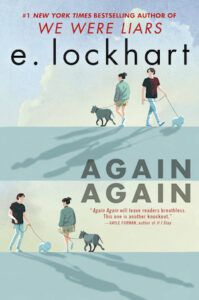 Are you happy with your life? What if you could try again . . . and again? From the New York Times bestselling author of We Were Liars comes Again Again, a romantic and unpredictable love story that will surprise you over and over. Now in paperback! After a near-fatal family catastrophe and an unexpected romantic upheaval, Adelaide Buchwald finds herself catapulted into a summer of wild possibility, during which she will fall in and out of love a thousand times—while finally confronting the secrets she keeps and the weird grandiosity of the human mind.

In case you hadn’t heard, Multiverses are so in right now. Boring old single universes are last year’s news!

Thanks to the recent success of huge tentpole superhero films like Spider-Man: Into the Spiderverse and Avengers: Endgame, parallel universes seem to be having a moment in the popular imagination. They’re certainly not new, though. Stories about other worlds have enthralled science fiction and fantasy lovers for ages, going all the way back to some of the earliest portal fantasies like Alice in Wonderland.

Of course, books are a great way to explore other worlds. And many of the best books out there have more than one! Parallel universes are especially popular in books for young adults. So whether you’re just now getting into the concept of the multiverse, have loved it forever, or are simply looking for your next great read, here are eight YA books about parallel universes!

Don’t have enough time to read all of these? Don’t worry. Somewhere out there, there’s certainly another you, with all the time in the world…

Jane’s recently deceased Aunt Magnolia made her promise one thing: if she ever received an invitation to the mysterious island mansion on Tu Reviens, she would go.

So when an old friend invites her to a gala on the island, Jane can’t say no. There, she is faced with a series of choices, each one leading her on a new adventure, more exciting and wondrous than the last.

What’s so cool about Jane, Unlimited is its structure. Each chapter is a novella told in a different genre. They all start with a different choice from the same basic starting point. As Jane’s decisions lead her down divergent paths, the chapters play out in entirely unique ways. One turns into a spy thriller. Another becomes a paranormal horror story. There’s also science fiction, mystery, and fantasy. If you’re new to the idea of parallel universes, and like a lot of variety in your stories, this is the perfect starting place!

Equal parts historical fiction, epistolary novel, and fantasy adventure yarn, The Ten Thousand Doors of January is a crossover adult title with a little something for everyone.

In 1901, at 7 years old, January Scaller discovers a door that leads to another world, but no one believes her. She lives with her father and his benefactor Mr. Locke, who runs an exploration society that collects strange and bizarre artifacts. As the daughter of a Black father and white mother, January often feels as if Mr. Locke treats her like a curious possession herself.

Then she turns 17, and her father disappears. At the same time, January finds a hand-written book that seems to confirm the existence of doors leading to other worlds — 10,000 of them, in fact. With her caretaker Jane, childhood friend Samuel, and dependable dog Bad, January embarks on a mission to discover whether or not her father is still alive, and to confirm who she is — and where she’s from. 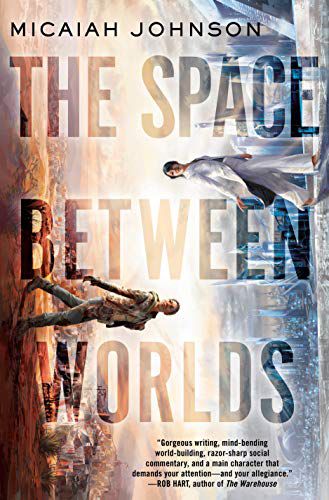 The Space Between Worlds by Micaiah Johnson

On Earth Zero, in another adult crossover title, Cara works for a company that specializes in multiversal travel. The job is perfect for her. Her world only “resonates” with 380 other Earths. And since you can’t travel to another world where your parallel self is still alive, the fact that there’s only eight other Caras out there (they’re all just really unfortunate) means she can travel to 372 of them.

Because of this, on her own world, Cara has been plucked from a life of poverty and given a cushy apartment in the wealthy part of town. She has a secure job, and a crush on Dell, her handler. Together, the two women work to gather intelligence on the multiverse. In every way, things are looking up for Cara.

But everything changes when one of her last remaining dopplegängers turns up dead, plunging her into a multiverse-spanning murder mystery. What she discovers next might just change everything — not only for herself, but for the entire multiverse. 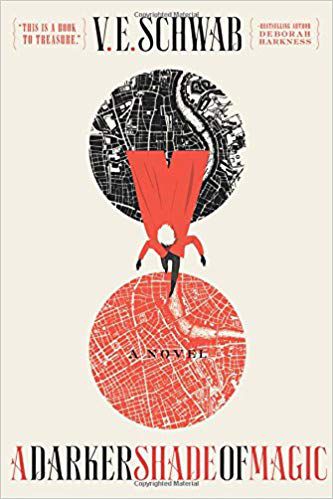 A Darker Shade of Magic by V.E. Scwab

In early 19th century London, there are magicians called Antari with the power to travel between the three parallel versions of the city: White, Grey, and Red. There was also once a Black London, but due to a long-ago accident, travel to it has since been sealed off.

Kell, born in Red London, serves as ambassador to the other versions of the city. He also moonlights as a smuggler. For the right price, he’ll offer anyone who’s interested a trip to one of these parallel Londons.

After he’s tricked into smuggling a magical artifact between worlds, thereby committing treason against his own, Kell is forced to escape to the dullest of all the Londons — Grey London, where there is no more magic. There, he meets a cross-dressing thief, Lila Bard, who forces him to whisk her away into another world. On the run from people who want them dead, Kell and Lila uncover a dangerous plot to break down the barriers between the worlds. This is the first book in the Shades of Magic trilogy, Victoria Schwab’s adult fantasy series that is very popular with YA readers.

The Subtle Knife by Philip Pullman

Part two of Pullman’s extraordinary mid-1990s middle grade crossover fantasy trilogy, The Subtle Knife is when the story (spoilers if you haven’t read The Golden Compass!) truly delves into the concept of parallel worlds. After stepping through the hole in the sky created by her father, Lyra Belacqua discovers Cittàgazze, a haunting spectral world with soul-eating demons.

There, she also meets Will Parry, who has escaped into Cittàgazze through a portal in his own world after accidentally killing someone. Together, Will and Lyra find the Subtle Knife, an object that has the power to cut through anything — including the fabric between worlds. Armed with this bold new weapon, the pair set out to discover the truth behind the mysterious Dust, as well as that of Lyra’s own destiny. 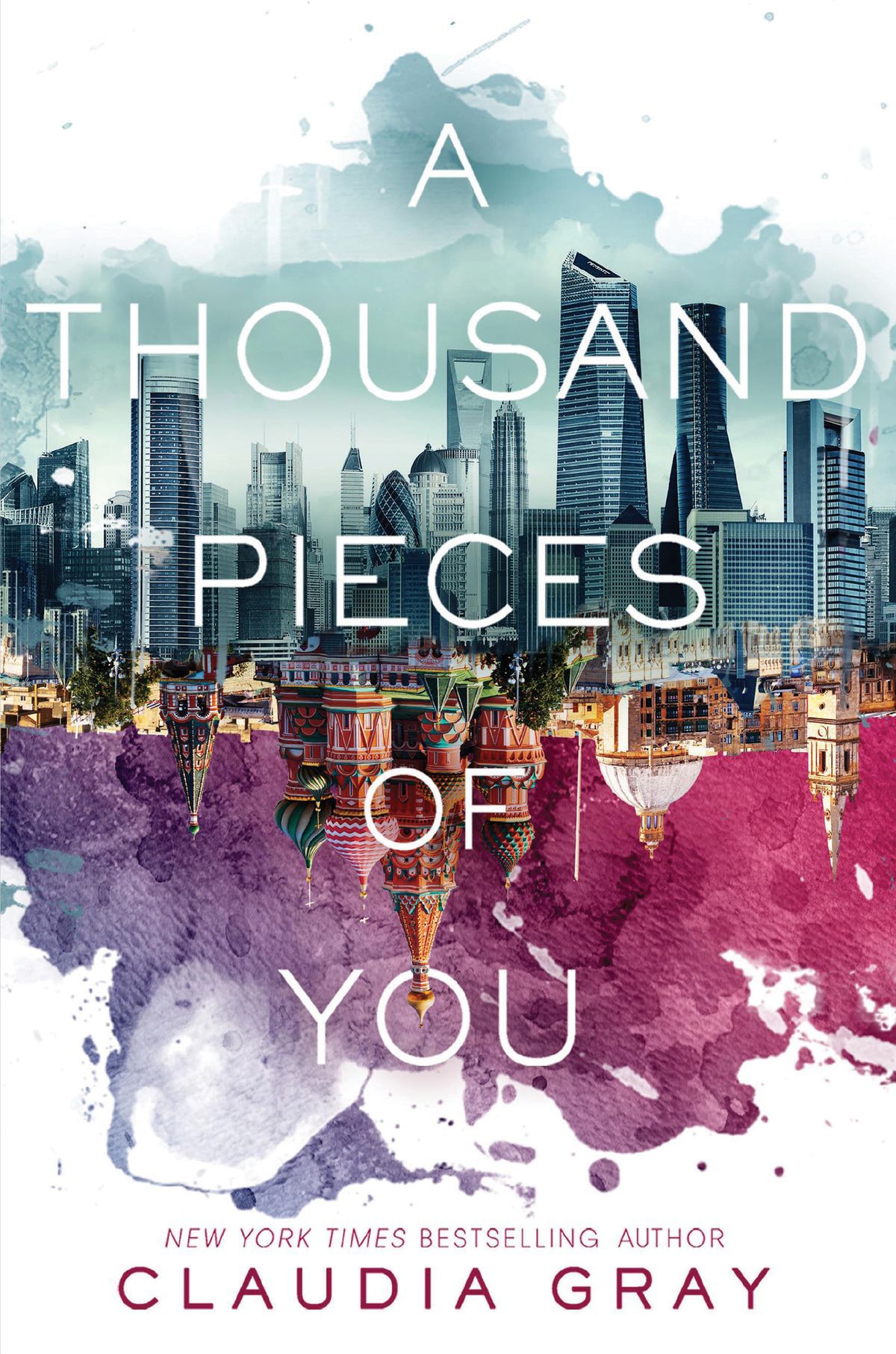 A Thousand Pieces of You by Claudia Gray

Another first in a trilogy — because multiverses always come in multiples! — A Thousand Pieces of You also features a multi-dimensional murder mystery.

This one focuses on Marguerite Caine, the daughter of two brilliant scientists. Her parents have recently invented the Firebird, a device that allows people to travel between universes and inhabit their alternate bodies.

But then Marguerite’s father is murdered by his assistant Paul, who steals the Firebird and escapes into another dimension. As Marguerite chases after him, determined to bring him to justice, she soon learns that inhabiting her alternate selves has unintended consequences. Because she also meets different versions of Paul. And against all odds, she finds herself not only questioning his guilt, but also falling for him. 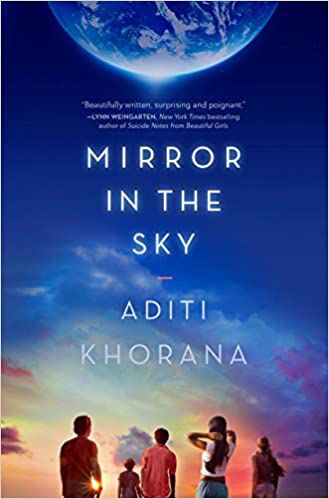 Mirror in the Sky by Aditi Khorana

As the only person of color at an academically challenging private school, Tara Krishnan often feels isolated and alone. But at the start of her junior year, she is unexpectedly invited to be a part of the popular crowd.

Then scientists discover Terra Nova, an alternate Earth, light-years away. This Earth is almost an exact copy of Tara’s, with duplicate people, places, and events. The discovery leads Tara, along with the rest of the world, to wonder what sort of life their alternate self might be out there living. And this question leads to an existential crisis that forces people to re-evaluate their lives in ways both small and large.

Just be warned that, as a contemporary speculative novel, the science fiction elements in Mirror in the Sky take a back seat to characterization. The existence of Terra Nova sparks philosophical conversations rather than interstellar travel. So if you want a more grounded YA book about parallel universes, this might be the one for you! 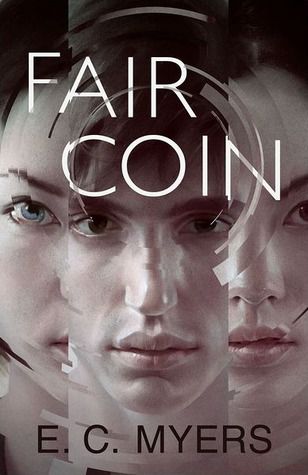 Sixteen-year-old Ephraim Scott lives alone with his alcoholic mother, who he takes care of. One day after school, he comes home to find she has attempted suicide. The reason? Earlier that day, she identified Ephraim’s body at the morgue.

Unnerved by the entire incident, Ephraim investigates. When he searches the belongings of the dead boy, who does indeed look very much like him, he finds a coin. At school, a note appears in his locker urging him to flip the coin while making a wish. When he does, he finds out, miraculously, that the wishes come true.

At first, Ephraim is thrilled. He wishes for his mother to no longer be an alcoholic. Then he wishes for his crush to like him back. Soon, the wishes pile up, and so do the consequences. Ephraim begins to notice other, little ways his wishes start to change things around him, and not always for the better. After enough flips of the coin, he hardly recognizes the world anymore. It’s up to him to put things back, before the life he knew is lost forever.