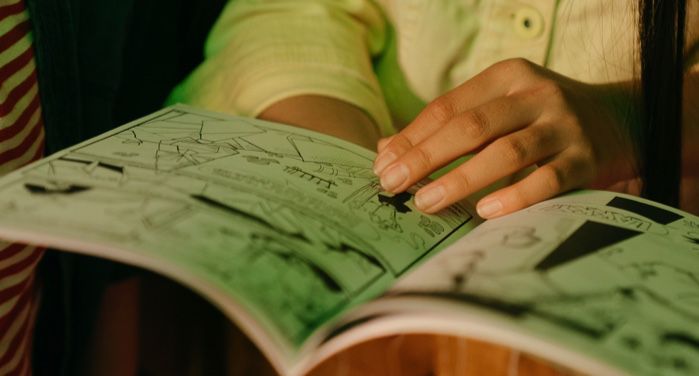 “Patience is a virtue.” At least, that’s what my dad tells me, his ridiculously impatient daughter, all the time. It’s bad: Red lights aggravate me more than Armageddon ever could.

So how does someone who can’t even let her microwave meals rest for the allotted five minutes read books for fun? While I do have a list of techniques I employ for this, sometimes I just read the graphic novel adaptation.

But goodness, was I wrong in thinking that reading the comic would be the quicker option. While I admit that I read graphic novels much quicker than written novels, I find that while some of the beauty that comes from reading prose is lost, a well-done graphic novel makes up for it with its illustrations and adaptation of the prose.

My first attempt at circumventing reading a book was The Hobbit. I grew up watching The Lord of the Rings and really wanted to read The Hobbit after watching An Unexpected Journey when it was released in November 2012. And yes, you read that correctly: I watched the film before reading the book.

I was still in college when an An Unexpected Journey was released and hadn’t been able to fit in any books to read for pleasure between the books assigned for my English major and the awful lab manuals for my Biology major. It wasn’t until September 2013 when I was finally able to read The Hobbit, a few months before The Desolation of Smaug was released. As someone who firmly believes in working smarter than harder, I went for The Hobbit by Chuck Dixon and illustrated by David Wenzel (original content being J.R.R. Tolkien’s, of course).

To be honest, my intention when walking into Barnes and Noble was to grab a copy of The Hobbit and read it properly. But of course, with all the hype surrounding The Desolation of Smaug, I wound up with the graphic novel instead. Now, I wasn’t too mad about this, because while I was queuing to check out, I started reading the first page and was awestruck by the gorgeous illustrations that brought Middle-earth to life on the page. I still thought that I’d be able to read through the graphic novel quickly and acknowledged that it would probably miss a few things from the original novel.

I was wrong on both counts.

The aforementioned illustrations were so detailed that I found myself spending ample time viewing and even analyzing them for nuances in the characters’ facial features as well as the action sequences. To be fair, while the illustrations were on point, I did find the adaptation of the text to be rather dense for a graphic novel. But this was fine by me since I wanted to read the original anyway.

But I have to say, while the graphic novel was beautiful and immersing myself in an artistic rendering of Middle-earth was rewarding, I did find that some of the magic was lost. Let me explain.

I did end up reading The Hobbit (the actual novel) in January 2014, almost four months after finishing the graphic novel version. And yes, I totally understand how odd it is that I not only watched two film adaptations and read a graphic novel adaptation before reading the actual book. However, I was keenly aware of the shortcomings of each medium.

Now to the magic I mentioned before. When I read a book (one without images), I have to rely on my imagination to be activated by the author’s prose and representation of setting and character. It’s kinda magical to think that my version of the story is wholly unique to me. It helps me to make the story my own.

Now when that option is taken away from me, so is the capacity of my imagination. Don’t get me wrong, an excellent graphic novel adaptation will always be welcome, but I go in knowing that I’ll be relying on someone else’s imagination to work that literary magic for me.

Now you might be wondering at this point if I generally read graphic novel adaptations before reading the actual books. No. I do not. The Hobbit was a unique situation born out of desperation to read the story in some way. In general, I much prefer to read the original version first before partaking in a graphic novel adaptation. The reason is like I said: I want to imagine the world for myself and then compare my version to that of another’s.

At the end of the day, a good story is a good story. The Hobbit just happens to be a great story, so I lucked out on my first try. I certainly have read my fair share of graphic novel adaptations I didn’t care for, but hey, at least I still got my own imagination.