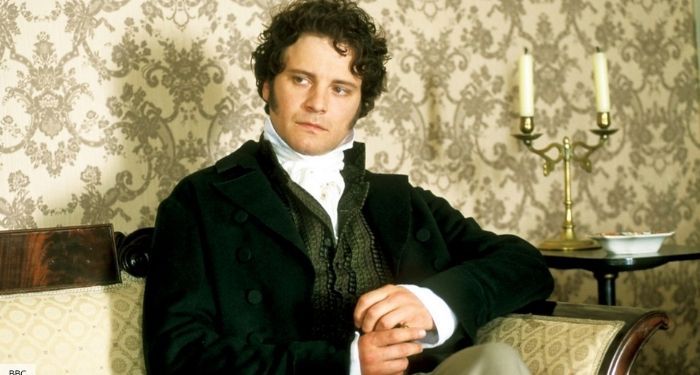 It is a truth universally acknowledged, that an author retelling Jane Austen’s Pride and Prejudice, must understand Mr. Darcy.

Unfortunately, many do not. And the same thing goes for movie adaptations of the original story, for that matter. He’s often misunderstood, misrepresented, and mistaken for something he isn’t. There is, not to put too fine a point on it, an awful lot of confusion about what it is, precisely, that makes our Fitzwilliam the hero that he is.

Which is terribly ironic, given that the entire premise of Pride and Prejudice is that Mr. Darcy is deeply misunderstood by our heroine, Elizabeth Bennet (and she by him). It is only after some 300 pages that she comes to understand him (and, to be fair, that he lets go of his bad first impression of her — although he gets there a little sooner than she does).

Perhaps we should begin with what Mr. Darcy is not. He is not aloof, cold, or stuck up, despite appearances. He is not arrogant, except when he is, nor is he thickheaded, though I suppose he’s a bit stubborn.

And perhaps the most important thing: he doesn’t start out as any of these things in the beginning, and then change. He never was these things. He is misunderstood. And yeah, it is at least partly his own fault.

(An aside: Just so we’re clear, I am not going to call out authors who I think have gotten Darcy wrong. They can interpret him however they like. I am a big girl and I have learned that it is okay to let other people be wrong. Er, have different opinions than me. Even though mine are more correct. MOVING ON. BYGONES.)

When we first meet Mr. Fitzwilliam Darcy, he is being stiff and awkward at a social event, refusing to dance, declaring himself socially better than everyone, and generally being rude. There is a faction of Austen fandom that believes he is autistic, which I am not qualified to diagnose, but it sure is a possible explanation for his behavior. Whatever his neurodivergence (or lack thereof), he is deeply uncomfortable and has only come because Mr. Bingley, the one friend who stood by him in his earlier mess with Mr. Wickham, asked him to. In order to believe the rest of the book and Darcy’s apparent transformation (which, again, is no such thing), we have to believe that we have misread him here.

And yes, he does judge Liz’s family way harsh, Tai. There’s no getting around that. But once we understand that his experience with people “below” him socially1 is limited to Wickham and his terrible behavior, we can look at Mrs. Bennet’s high-key embarrassing lack of a filter about marrying her daughters off to rich men and connect some dots. I think it’s also very likely that Bingley is a bit of a fuckboi who gets so attached to Jane that Darcy panics and tries to save his friend based on his misassumptions about the Bennets and Jane’s reserved personality.

So what about his proposal? Why — and how — does he flub it so badly? Look, I never said he wasn’t an idiot impulsive. Whom amongst us has not suddenly figured out what some nagging feeling actually means and sent an impulsive late-night text? (Me, but literally only because it was the ‘90s and I had to write a letter or make a phone call.)

And as for his actions toward the end: Darcy is not a rescuer so much as he is a fixer. (Is he a Capricorn? No, really, has anyone figured out his sign?) He doesn’t make grand gestures; he tries to right wrongs. He sees everything that happened, culminating in Lydia running off2 with Wickham and ruining her sisters’ chances of marrying well to save the family, as his fault. To his mind, it stems directly from his misreading of the situation with Jane and subsequent encouragement of Bingley to ditch her — whether he is aware of the details or not, Jane going to London to get over Bingley did influence Lydia to beg to go to Brighton, although it is hardly Darcy’s fault that Mr. Bennet said yes against Liz’s advice. He also sees how his own discomfort at Netherfield led Liz to make some reasonable assumptions about what an ass he is, and why his proposal came out of absolutely nowhere from her perspective.

Can we really blame him for white knighting a little when he sees an opportunity to fix his mistakes? Certainly not. Being wealthy is a matter of pure luck in an unjust system. Use that money for good.

We readers would do well to remember that it is not only the characters in a book whose first impressions may be wrong. And we can hope that writers of Pride and Prejudice retellings will do the same and translate his behaviors to whatever setting and circumstances they choose. Because honestly, I really love reading a good retelling.

P.S. I thought about it some more and I’m ready to declare Capricorn sun and Cancer moon. I’m still considering ascending, but leaning Virgo or maybe Scorpio. Don’t @ me.

1 Actually economically, but we sure do love to pretend that’s the same thing and Regency society was super built on that idea.

2 Should there be a conversation about how Lydia was a literal child and not to blame? Probably, but social mores were clearly different then and anyway it’s kind of off topic, so we shan’t.