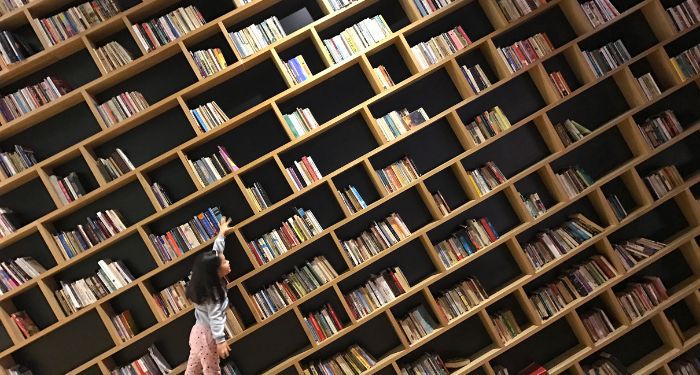 When you pull a book off the shelf and admire the cover, it can be difficult to remember that it took the work of dozens — or maybe hundreds — of people to get the book to you. Sure, you know there was an author busily typing away at a keyboard, and maybe you even think of the editor. But really, everything about the book you’re holding in your hand: the title typeface, whether it’s a paperback or a hardcover (or something else!), even what kind of paper it’s printed on, is the result of a series of decisions made by many people.

So how are these decisions made?

Everything starts with a manuscript, of course. The writer has turned in their book, and the editor has started their work on it. It’s an exciting time! Once the book has a loosely scheduled release date, the book is assigned to a designer. Sometimes the designer has some say in what books they get in a particular sales season, but more often, they just take what they’re assigned!

A comp cover, or comparable cover, is an already existing book that has a vibe that’s similar to the one being discussed. If it’s a YA fantasy about a dragon and a love triangle, then the editor will look for other YA fantasies with dragons, or that have a similar romantic subplot, especially if they have good sales numbers. The editor might also bring in other materials that appeal to the same audience. Maybe that new Netflix show about wizards appeals to the same audience and has a great poster. The editor might also bring up any of the author’s special preferences.

The designer might spend some time reading the manuscript, but not every designer can make time to read every book all the way through, so it’s important that the editor give the designer everything they need to make the book design happen.

Now the designer gets to work their magic. They’ll come up with several cover concepts. Maybe one that’s a hand-lettered title treatment, maybe one that will need some artwork commissioned. A few might use several stock images combined to make something new. Some of these might be fully fleshed out and some might look more like sketches. Once the designer comes up with these concepts, they’ll head back into a meeting with the editorial team.

What About What the Author Thinks?

You might be wondering at this point: what about the author? Don’t they get a say?

Well, yes and no. Different publishers and different editors handle this differently, and it can even vary between authors. If you’re an author reading this, you might want to talk this through with your agent early in the publishing process. But also, your editor and designer want the best for your book, and they’ve spent years learning the market. They’re here to help give you the very best chance to appeal to as many people in your audience as possible.

That said, once the editor and designer have narrowed down the design concepts, this might be where the author comes in. If there are two strong cover choices, the editor might ask the author for input. Or, the editor will show the cover that’s been decided on, and the author has some potential veto power.

Once the cover design is decided, that’s it, right? The book can go to print!

But hold on! There are a lot more decisions ahead. Sure, there’s a cover design, but what material is that design going to be printed on? Something glossy? Or something matte? Will the title be embossed? Debossed? How about the spine? Does the cover image wrap around to the back? Is there a book jacket? How about French flaps? The cover’s just one piece of the finished product.

And this is where one more department chimes in. Maybe it’s the managing editor, or maybe it’s the production team, but someone who works with the book printer will step in to help make these final decisions, and for good reason. The production team needs to know exactly how much it will cost to print each book, down to the penny. And each of those little decisions about book materials can add pennies to the price of the book, and those pennies add up to dollars, and those dollars can add up to a book that’s too expensive for anyone to want to buy. So, like most things, there’s a delicate balance of making the best possible product for the best possible price, and in a reasonable amount of time (Lord willing).

The production team is also the keeper of certain knowledge. They have rows and rows of books full of book material examples. Which fabric best matches the designer’s vision for this journal? What about a ribbon? Does this goldenrod match better or canary? What kind of cardboard should this board book be printed on? Too thick and the book could be priced out of the market, but too thin and the book could warp!

Once the designer and the production team have had some friendly discussions about the final product, it’s time for the designer to send their files off to production, who send them off to the printer. You might think that the book printer resides in the publishing house, but it does not! Book printers usually work with several publishers around the country.

Finally, finally, there’s some work done by marketers and PR people, warehouse workers and shipping companies, and then the book is ready to sit on a shelf in a bookstore, just hoping to catch your eye.