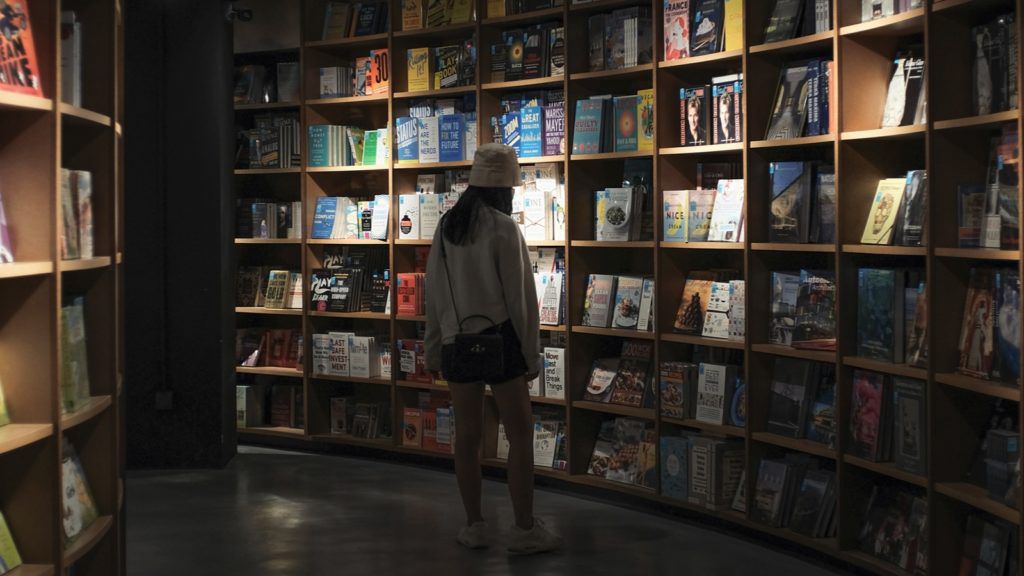 Sales are important in the publishing industry because it’s a business. And first week sales number are considered a pretty big deal, whether they’re good or bad. There are, however, books that pick up steam over time, and have enough sales to be considered successful by the industry. But a high and/or record-breaking first week of sales is still desired. It makes headlines.

Let’s take a look at the books that sold the fastest during their first week of U.S. sales. Some of these books are among the best-selling books of all time, while others aren’t. I told you it was different.

The Magical Sales of Harry Potter

Several of the fastest-selling books are part of the Harry Potter series, all written by author J.K. Rowling. As more of the books were published, and the blockbuster movies released, the books became more popular.

The sixth book, Harry Potter and the Half-Blood Prince, also had large sales numbers on the first day: 6.9 million. It was released in 2005, and according to NBC News, “averaged better than 250,000 sales per hour.” The events in this book set up those in the last, as the stakes grow more serious in the Wizarding World, and a beloved character is killed.

Eighteen years ago (in 2003), Scholastic reported that Harry Potter and the Order of the Phoenix broke “all publishing records.” That fifth book sold 5 million copies in the first 24 hours. Compared to the first four books, this one has more of a dark vibe, including the most shocking death so far in the stories.

Another one of the fastest-selling books is about Harry Potter, but not a part of the original series. It’s Harry Potter and the Cursed Child. Published nine years after the last HP book, it’s a script of the play that follows Harry’s life as an adult and father. Per Vulture, more than 2 million copies of the book were sold in two days in North America; some books don’t sell that much in their first week, or ever.

According to USA Today, President Bill Clinton’s memoir My Life sold well the first week. Released in 2004, it discusses the breadth of his career to that point, his role as a husband and father, details of the presidency, and more. With sales numbers of about 1 million copies sold in eight days, it’s one of several presidential memoirs to sell so quickly.

In 2010, a few years after finishing his second term as U.S. president, George W. Bush released a memoir that sold about 775,000 copies during the first week. That book, Decision Points, covers big moments in his personal and professional life, like the elections, how he picked certain government officials, his thoughts on Osama bin Laden, and the Iraq war.

When mentioning fastest-selling books, you have to mention First Lady Michelle Obama’s memoir, Becoming. It’s an intimate look at the former first lady, where she discusses her childhood, all the way up to her years at the White House. In its first week, “more than 1.4 million copies in all formats” were sold in 2018.

Later, Becoming: Adapted for Young Readers and Becoming: A Guided Journal for Discovering Your Voice were published.

In addition, former FBI Director James Comey had a notable first week of sales for his memoir in 2018. A Higher Loyalty: Truth, Lies, and Leadership, explores important moments in his career in government, his views on leadership, his relationship with President Trump, and the famous Hillary Clinton email investigation. How many copies were sold in the first week? Approximately 600,000, reported NBC News.

Fast forward to 2020, and a memoir by Mary Trump, niece of then-President Donald Trump, had big sales. She is the daughter of Trump’s estranged brother and a clinical psychologist. In this book, she discusses her family’s dynamics, how the president was raised, his personality, and more. Titled Too Much and Never Enough: How My Family Created the World’s Most Dangerous Man, almost 1 million copies were sold on the first day; first week numbers were 1.35 million sold.

Mary Trump’s book is part of a string of reads that focused on President Trump and his administration.

John Bolton, who was one of the national security advisers during the Trump years wrote a memoir published in 2020. In The Room Where It Happened, he made some made serious claims about the president’s thoughts on domestic and foreign affairs. The book went on to sell 780,000 copies during the first week, in all formats.

President Barack Obama’s 2020 memoir, A Promised Land, discusses his political journey until 2011. The first part of a two-book deal, it sold about 1.7 million copies during its first week. Only time will tell if the second book will join the ranks of these fast sellers.

The Twilight Saga by Stephenie Meyer began in 2005 with the publication of the first book, Twilight. The story revolved around a love story between a human and a vampire, but it’s difficult for them to be together. Readers follow the events from the viewpoint of the human, Bella Swan.

Next in the series are New Moon (2006), and Eclipse (2007), which continue the love story. Like the Harry Potter books, as the series developed and the popular movies were released, the books got more in demand. Book 4, Breaking Dawn, was the fastest selling of that series and one of the fastest-selling in U.S. history.

The final installment of the original four book series sold 1.3 million copies in the first 24 hours after being released in 2008. Here readers were able to find out how Bella and Edward’s story ends and if they get their own version of a happily ever after.

In 2020, the book Midnight Sun was published, which follows the events from the vampire’s point of view, Edward. In the first week of its release, 1 million copies were sold in all format, per The Hollywood Reporter. Meyer admitted that she’s working on more books set in the world of Twilight; who knows, maybe one of them will be added to the list of fastest-selling in the United States.

As you can tell, a lot of the fastest-selling books are similar in topics. Some are even part of the same book series. While it’s not easy to pen a fast-selling book, these authors prove that bringing in big numbers quickly is possible.