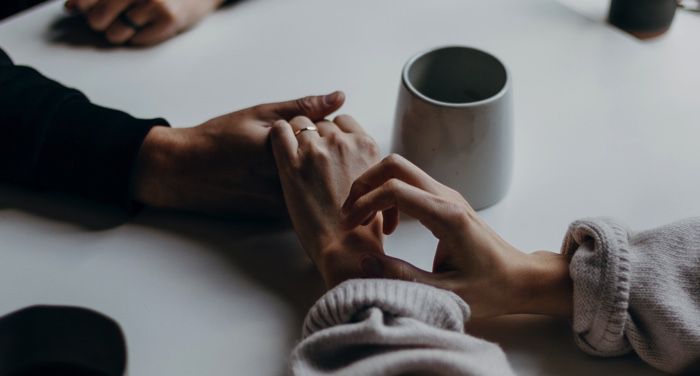 Mental health memoirs have always been my jam. First, it was the Beatrice Sparks books that claimed to be lifted from the journals of anonymous teens, and then I went on to the big books like Prozac Nation and Girl, Interrupted and Running with Scissors. I gobbled up every one I could find at my library, and haven’t stopped since. But one avenue that’s majorly lacking in the space is mental health memoirs from the sidelines — that is, from the perspective of caregivers, parents, siblings, children, partners, and friends of those with severe mental illness.

A mental health memoir usually comes from the person experiencing the illness, to get insight to what it feels like to have your brain working against you. But the thing about mental illness — as well as any illness — is it belongs to the one diagnosed with it and also to everyone close to that person. It’s the child’s fear of one day having their own children and passing on their mother’s illness. It’s the sibling’s guilt for being the healthy one. It’s the partner’s anguish at the thought of losing their person.

Many more mental health memoirs are coming out these days, often by young writers, but the memoir from the sidelines is still relatively rare. And it’s desperately needed. Not only for the morbidly curious and empathetic, like myself, but for the people who find themselves in similar situations with no books to guide or console them.

The first memoir I found that kind of fit this mold was Brain on Fire by Susannah Cahalan, in which a journalist digs through her medical records, diary entries, and parents’ copious notes to tell the story of her monthlong episode of paranoia and catatonia. She comes at the information from the outside, with zero memory of the seizures she had or the words she screamed while strapped to her hospital bed. She’s writing about a version of herself she wasn’t conscious to experience or witness.

In My Lovely Wife in the Psych Ward by Mark Lukach, he has a front-row seat to the agonizing months when his wife became someone he didn’t recognize, spent 20-some days in a psychiatric hospital, and stayed in a state of depression for some time afterward. He writes candidly about just how devastating and exhausting it is to watch someone you love being overtaken by a force that is not their own. During those months, he had no book from an outside perspective to guide him, so he wrote this to maybe help someone else someday.

This book made me reevaluate all the ways I handled my own depression and showed me how to be a better partner, especially in how I talk about myself when the darkness is especially potent. When I first wrote about this book, it was 2017 and my partner and I were a new couple — we recently got married. I’m not saying it’s because of what this book taught us, but I’m also not not saying that.

On the other end of the sideline experience is The Perfect Other by Kyleigh Leddy, a stunning memoir about being the healthy sister in a dynamic duo, growing up in the shadow of schizophrenia, and ultimately losing that built-in best friend.

Kyleigh’s sister Kait was six years older, elegant, and beautiful. But she suffered several head injuries and started to change in scary ways when she hit adolescence. Kyleigh watched on with a mix of fear and annoyance as her sister bounced between healthcare facilities for years — until the night Kait disappeared. Kyleigh went to school the next day, assuming Kait would turn up and all would go back to normal. But Kait was never seen again, and no body was ever found.

Her sister’s experience turned Kyleigh on to studying psychology, working as a mental health advocate, and learning everything she can about psychotic disorders. The Perfect Other is a partial memoir of Kait, but also a memoir of Kyleigh finding how to best honor her sister.

Another absolutely gutting memoir from a sibling is Everything Is Fine by Vince Granata. Vince’s brother Tim has schizophrenia and, during an unmedicated episode of psychosis, killed their mother in their home. He was sentenced to 60 years in a psychiatric facility. Vince still visits him and loves him as he always did. This book is a stunning look at grief, love, and mental illness, and how to continue to love someone after their illness caused them to do something horrific.

Each of these experiences is just as vital as the first-person mental illness narrative. There are far more people on the outside than the inside, and their stories need to be told, too. Sharing more of these stories could change innumerable lives and give strength to caregivers, simply by existing in the world for anyone to pick up.