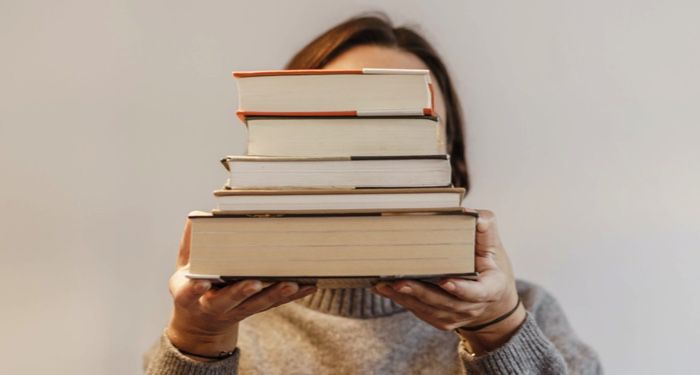 There are a lot of reasons why authors might choose to write under a pseudonym; among them are personal safety, industry sexism, or simply writing something in a different style or genre from the one in which one is established. Years ago, Meg Cabot wrote romance novels under several pseudonyms because she wrote for three different publishers and couldn’t be seen to be competing against herself for readers.

One very famous pseudonym that was discovered was Stephen King writing as Richard Bachman. A bookstore clerk noticed similarities between the works of King and Bachman and located the publisher’s records in the Library of Congress, one document of which identified King as the author. King had wanted to know whether his career had been driven by “talent versus luck.” King later announced that Bachmann had died of “cancer of the pseudonym.”

These mysterious authors run the gamut from literary fiction to, well, whatever “My Immortal” is. They largely avoid the media, and their work occupies an interesting place in literary history as well as, in a few cases, the history of the internet.

During the height of “Ferrante Fever” in 2016, there were a bunch of theories as to Ferrante’s identity and, more specifically, whether Elena Ferrante is a pseudonym for a male writer (there is another school of thought that Elena Ferrante is “really” an Italian translator). But are we owed the author’s identity? Does it matter who created a work of art if that work speaks to us? To some people, it does matter because Ferrante’s subject in the Neapolitan Novels is the lives of women.

The author of this horror/thriller series has always remained anonymous. He claimed he could not find a publisher because he would not give them his name and also because the books did not fit into any particular genre. The Book With No Name was published online in 2006. The series has since found a publisher and is available in both print and ebook form.

Author of the Fourth Realm trilogy, Spark, and Against Authority, Twelve Hawks chose his pseudonym because the “old him” was not writing his books. He stated in an interview that his family does not know his identity and that he is seen as a “failure by the American standards of success.” In the same interview, he stated that ” Focusing on a writer’s life undermines the power of that writer’s ideas.”

Author of “My Immortal”

Loosely (and I do mean loosely) based on the adventures of a certain boy wizard and his friends, “My Immortal” is arguably one of the most famous pieces of fan fiction ever written and can be found in several places online, even after the original version disappeared from fanfiction.net. It has inspired many late-night dramatic readings and more than one full-length web series. There has been extensive debate over the years about whether or not this was a work of satire or a “trollfic.” Tara Gilesbie (or XXXbloodyrists666XXX) and her cowriter have never been identified. There are entire Reddit communities dedicated to analyzing “My Immortal” and its writing and mythology. A purported author came forward in 2017 and a memoir was in the works but some inconsistencies were revealed in that person’s story and the book was shelved.

Honestly, as much as I love a good literary mystery, part of the fun of any mystery is the wondering. What do you think? Would you really want to know? I don’t think I do.

Think you’re pretty familiar with known pseudonyms? Try your hand at this quiz to match the author to their pen name.