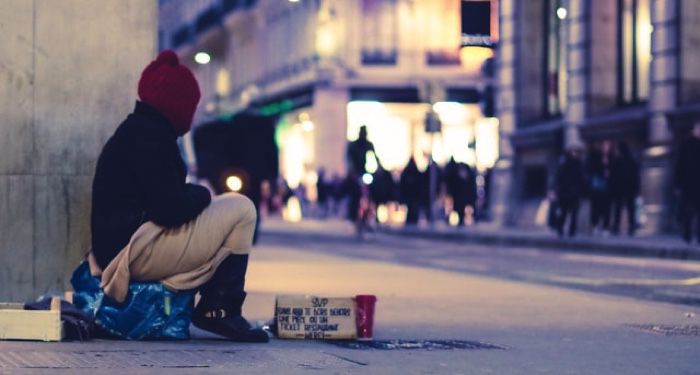 Homelessness is one of the great issues of our time. In the USA, as of 2021, there are over half a million people experiencing homelessness. Actually, this number is likely even larger: it’s virtually impossible to count all the people who are experiencing what is known as “hidden homelessness.” This includes things like couch-surfing or resorting to temporary accommodations like hostels. Recent circumstances, such as the various refugee crises around the world and the precarious situation created by COVID-19, have exacerbated this problem.

Yet another level to the homelessness crisis is that it disproportionally affects people of color, especially Black people, and members of the LGBTQ community. But this fact doesn’t match the picture of homelessness in our collective consciousness: in fact, the stereotype of the white man sleeping on a bench has solidified over the years to the extent that it’s what comes to mind for many of us when we think “homeless person.”

As with any social phenomenon, it is important to examine cultural portrayals in order to understand popular perception. Homelessness in contemporary fiction has been underrepresented. Even when it appears, it falls under a number of stereotypical depictions that are more harmful than a complete lack of representation. In this essay, I will explore the representation of homelessness in contemporary fiction.

It Is a Social Construct…With Real-Life Consequences

In this post, I make a conscious choice to refer to “people experiencing homelessness,” rather than “homeless people.” This is because the phrase “homeless people” treats a set of circumstances as a personal trait and exacerbates one of the main problems with both the cultural representations and popular perceptions of homelessness: It reduces a person to their living situation and ignores their humanity in other ways. After all, the term “homeless people” draws a very tidy line between people with homes and people without them by making their homelessness a defining characteristic. “People experiencing homelessness” does not let us get away with this.

In “Homelessness and identity: a critical review of the literature and theory”, Lindsey McCarthy points out that the “homeless identity” is “socially constructed through various discourses and consists of an amalgam of stereotypes.” In other words, homelessness is a reality, but the homeless identity is a social construct. And yet, social constructs have real-life effects: they are too often used to oppress and stigmatize the very real people who are grouped under whatever umbrella term is coined.

This is key to understanding many of the portrayals of homelessness in fiction, both when the representation is obviously derogatory and when it is deceptively positive. I don’t need to explain what I mean by obviously derogatory: the homeless person who is lazy, violent, and/or a substance addict is still a recognizable figure of fiction. But there is a deceptively positive portrayal of homelessness as well, one that looks empathetic at first glance but needs only a little digging to realize it is anything but: I’m talking about the homeless character who has no other traits to them. They are homeless, and that is it. The narrative doesn’t tell us anything about them as a person: do they like coffee? Comic books? Have dreams about becoming a pro baseball player or dancer? We have no idea when we read books with these characters, because their humanity is barely even touched upon.

Representations of Homelessness in Media

I will add one category to this: The ‘Aren’t I Nice?’ Prop. This Prop is there for the sole purpose of showing the reader what a Good Person™ the main character is. Their existence is always in service of the protagonist’s personal journey, as is seen in the lack of any distinct personality traits.

A Note of Hope

There has been a shift in the portrayal of homelessness over the past couple of decades. There are still plenty of books that resort to ignorant and cheap portrayals, but this number is slowly being countered by empathetic, strong representation. This is due to various factors. On one hand, people who have experienced homelessness firsthand are often the ones telling these stories now. Such is the case with Charles de Lint, who created the character Jilly Coppercorn, a girl who starts out living in the streets.

On another hand, several other authors who deal with the topic do so from a place of empathy and knowledge, even if this knowledge is achieved through careful research. The Shadow of the Wind, written by the late Carlos Ruiz Zafón, presents a fully formed side character who experienced homelessness after being abducted and tortured during the Spanish Civil War. Toase brings up Octavia Butler’s Parable of the Sower and Neil Gaiman’s Neverwhere as other narratives that treat the topic with care.

If I may, I’d like to ask you to look up some books with good representations of homelessness. Pick one and read it. Ask yourself how it challenges your perceptions. And then start all over again.