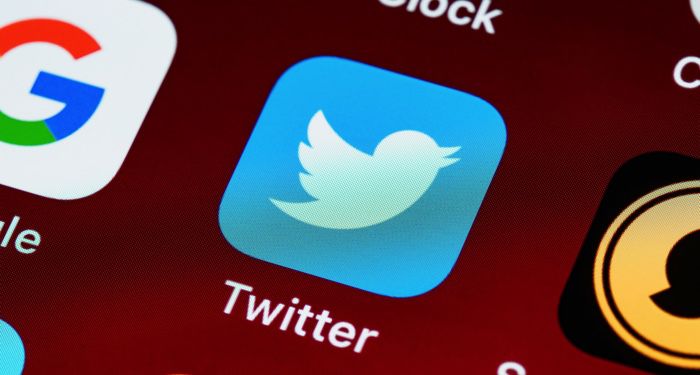 Most days when I open book Twitter, it seems like there’s drama of some kind. And listen, I love gossip as much as the next person, so I’m often been guilty of breathlessly scrolling until I find out what it’s all about. Sometimes, that takes quite a bit of digging, with other people not wanting to give oxygen to a controversial post or, maybe, just enjoying being “in the know” and therefore in a secret club.

Early in 2022, for example, there was Books at the Bar guy. If you’re on book Twitter person, you’ve probably seen it.

People were enraged about this take, and to be fair, I was one of them. When I see someone reading anywhere in public, it makes me smile, and sometimes swoon. It also makes me immediately want to be friends with that person (and sometimes more than friends). At the time of my writing this, there have been almost 4,000 quote tweets. People had Things to Say. So much so that Book Bar Jeremy followed up a few days later with a thread apologising and pointing out the error of his ways. Which: kudos. You don’t get that a lot on Twitter, and when you do, it doesn’t often feel as genuine and heartfelt as it did with him.

As a result of either an insufficient apology or no apology at all, Twitter fairly regularly declares people “cancelled”. But, with some notable exceptions, what happens on there pretty much stays there. Twitter is an ecosystem and echo chamber all of its own, and what feels all-consuming for a day or a week to its users often barely registers outside the platform.

When you’re Very Online and Very On Twitter, it can feel like the entire world is talking about the issue of the day. But in reality…they’re just not. I work in a bookshop, so my coworkers are very attuned to the world of books. Most of them aren’t on Twitter at all, and if I mention the drama of the day to them, they often have no idea what I’m talking about. Again: these are booksellers, so they’re more plugged into the publishing world than most people.

There are exceptions, of course. Last fall’s “bad art friend” debate started out as a New York Times piece but was amplified by Book Twitter, where everyone, it seemed, had an opinion. But it spilled over into other areas, including podcasts that discuss culture generally and not just books. Usually, though, the effect is negligible. Author Lauren Hough made what we’ll charitably call a faux pas on Twitter last spring, calling out authors who were giving her four stars on Goodreads, but that didn’t stop her book become a New York Times bestseller. And, of course, the very famous author who wrote those very famous books about the boy wizard first made her views on trans people clear on Twitter, with ramifications far beyond a social media app. Many of her previously loyal fans have denounced her and will never spend another penny on anything she publishes. Book Riot no longer publishes content related to her book series, for example, and the recent HBO documentary about the movies did not feature her at all. But, despite a dip, it’s hard to imagine her books aren’t still selling fine.

Twitter has around 400 million users.  Sounds like a lot, right? But by contrast, TikTok launched over a decade later and already has 1 billion. Facebook has 3 billion. Not only that, but a 2019 Pew Research study showed that the Twitter demographic is not an accurate representation of the population as a whole. In the U.S., they found users to be younger and more educated than the population as a whole, as well as more progressive on issues of race, immigration, and gender and more likely to vote for Democrats. (This might also help explain some things about how wrong we all were about 2016, but we won’t go there.)

Interestingly, the same study also found a huge disparity between the most and least active users on the platform. 80% of tweets are made by the top 10% of users, and that 10% skews more female and more vocal about politics. All of which means something we all know in our heads, but not always in our guts: that Twitter isn’t really an accurate reflection of what the vast majority of the real world is talking about or thinking about.

That doesn’t mean Twitter isn’t useful as a space in the book world. Those of us who are Very Online like to keep up to date with publishing gossip. And Twitter is a great place to talk books, get recommendations, and shout out authors whose books you love. Authors use it to announce and sell their books, with varying degrees of success. Agents use it to let writers know what kinds of books they’re looking for. The team behind #PitMad recently announced it was closing the quarterly contest, but for years it helped authors connect with agents and editors. I get a lot of my book news there, too, and love connecting with other writers and readers.

But maybe, by and large, Twitter drama is more entertainment than actual reality, its discourse making very little real impact on the world of books. Maybe Twitter is just not as important as some of us think it is. In an online world, it’s often really just the equivalent of the water cooler – but the echo chamber makes it seem so much louder than that.

Want to read more about bookish social media? Check out What Makes for Successful Social Media for Authors and Want to Get into BookTok? We Have Recommendations!