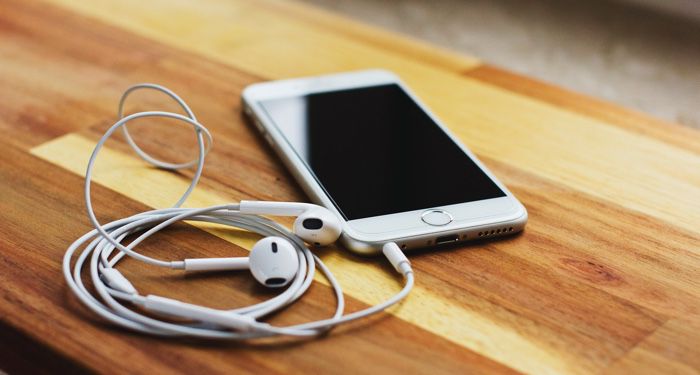 Our earliest experiences with stories are with their oral forms, both on an individual level and as a society. Many of us developed our love for stories from listening to the stories and anecdotes that we were told by our elders in our childhood. Human beings have been spinning tales and passing them down to later generations orally since long before the first words were put to paper. The stories that our early ancestors told one another had a very important evolutionary role and played a major part in the creation and sustenance of the societal structures of today.

Through the advent of writing, and the wonderful world of books, stories have been transmitted, lived in and variously interpreted for centuries now. But the rising popularity of audiobooks has brought oral storytelling to the forefront once again. These modern, easily accessible descendants of the ancient story circles have much to offer in terms of convenience and entertainment. So, how does our brain react to an oral narrative? How do we process the stories that we listen to in the audio format?

The Theory of Comprehension

The theory of how human beings process language to extract meaning from it has been popular with researchers, and several models of language comprehension have been proposed. The process ultimately ends in the creation of a mental picture of what the text that is being listened to (or read) represents, including aspects like the space and time coordinates of the world that the text is trying to represent, causal relationships and inferences about the characters involved.

According to most accepted models of language comprehension, this is achieved through an active search for meaning on the part of the listener, as they corroborate their initial propositions about the words and sentences they listened to using information from the memory, from the rest of the text, and background knowledge.

Researchers have also tried to further dissect the process of language comprehension and its relationship with specific cognitive skills. A 2014 study showed through empirical analysis that three distinct cognitive skills have independent positive association with listening comprehension. The first, inhibitory control, is our brain’s ability to suppress a dominant response; it relates to our ability to eliminate distractions and focus our attention during listening. The next is theory of mind—the ability to put ourselves in the shoes of others, to make inferences about someone else’s state of mind and to predict their behavior. Finally, the study found that comprehension monitoring, the brain’s ability to dynamically assess our understanding of a text, drives successful listening comprehension.

Once we have successfully extracted meaning from the text, how do we respond to it? In myriad different ways, it turns out. In a study sponsored by Audible UK, researchers found that audiobooks produced heightened physiological responses in participants. Participants showed higher heart rates, greater electrodermal activity (a commonly used measure of autonomic nervous system activity), and higher body temperatures. These responses were more intense when they listened to the audiobooks (popular titles across genres) compared to when they watched the corresponding movie adaptations, an observation that the researchers attributed to the greater level of active engagement in the case of audiobooks.

Another study has claimed that exposure to character-driven stories (though the story used in this case was in the video format) increases the concentration of oxytocin in the body, a neurochemical that has been associated with empathy and fellow feeling, and can even elicit direct behavioral responses like donating to a charity.

Our Brains on Audiobooks

Recent research about the neuroscience of listening and reading has used functional MRI techniques to detect brain activity associated with these tasks. Research has shown that listening to an engaging story activates not only the areas of the brain known for linguistic processing but also areas associated with mental imagery, though the degree of involvement of mental imagery varies across individuals. Study of fMRI data has also let researchers explore how different individuals may elicit different meanings while listening to the same story.

Our brains are programmed to be empathetic—a study involving storytellers and listeners working with personal stories found extensive similarities in brain activity between the narrators and the audience. This might also explain how some of us can feel the excitement, joys, and sorrows of fictional characters almost as strongly as our own.

Another branch of research seeks to compare brain activity between listening and reading. A recent study found that there are no discernible differences. This, however, might not be a very accurate generalization for the book vs. audiobook debate, since the participants in this study only read one word at a time, displayed at a pre-determined speed. Another earlier study, on sentence comprehension by reading and listening, found subtle differences in brain activity.

There are many factors in the reading vs. listening debate, and there isn’t a clear winner. Some experts argue that audiobooks are more stimulating, since listening is a more social activity. Others opine that as with reading the mind is continuously engaged in supplying a voice to the narrator and the characters and figuring out the tone of the text, our attention is less likely to wander, resulting in better comprehension and retention. Curious about other differences in how we process, and benefit from, the two media? Check out our detailed commentary on this debate.

Our brains are hardwired to enjoy stories, irrespective of the format we consume it in. So pick up those earphones, turn those pages, or hit play on Netflix—choose whatever floats your boat!