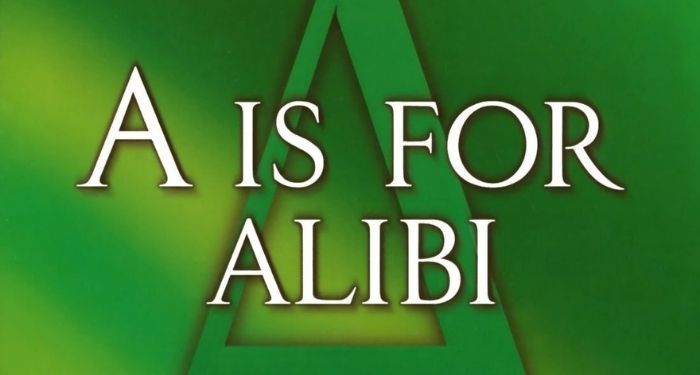 On Wednesday, Deadline announced that Sue Grafton’s beloved Alphabet Series, which tragically ended with Y Is for Yesterday after Grafton’s unexpected passing in late 2017, will be adapted for television by A + E Studios.

Book-to-screen adaptations, with the rise of streaming service production companies, have certainly grown in popularity, making this a prime property to go after.

But this announcement directly conflicts with the family’s statement upon the news of Grafton’s passing, which her daughter Jamie Clark posted on Facebook (although the post now seems to be deleted): “Sue always said that she would continue writing as long as she had the juice. Many of you also know that she was adamant that her books would never be turned into movies or TV shows, and in that same vein, she would never allow a ghost writer to write in her name. Because of all of those things, and out of the deep abiding love and respect for our dear sweet Sue, as far as we in the family are concerned, the alphabet now ends at Y.”

So what changed? It’s hard to say for sure, but Steve Humphrey, Grafton’s husband, is set to serve as executive producer, stating that “with the support of her family and children, we are committed to maintaining the tone and tenor of Sue’s books that fans love.”

Grafton herself was a script writer in Hollywood from 1973 to 1989, writing movies for television and other adaptations, but she never enjoyed it as much as writing her own stories. After leaving the television business, she told January Magazine in 1997, “I will never sell [Kinsey] to Hollywood. And, I have made my children promise not to sell her. We’ve taken a blood oath, and if they do so I will come back from the grave: which they know I can do… I’ve trashed other writers, I’m not gonna let them have a crack at me.”

A similar contradictory situation emerged in early 2015, when a draft of a manuscript written by Harper Lee was discovered by her lawyer, Tonja Carter. What seemed like an exciting discovery on the surface quickly made way for questions and skepticism. Lee was a famously reclusive author who expressed her desire to never be published again after To Kill a Mockingbird.

Lee suffered a stroke in 2007, and after her manuscript for Go Set a Watchman was found by her lawyer, Tonja Carter, there was much speculation if Lee wanted her early draft published. In 2011, her sister Alice wrote in a letter that her sister “can’t see and can’t hear and will sign anything put before her by anyone in whom she has confidence.”

But Carter and Lee’s publisher, Harper Collins, insisted Lee had approved and been enthusiastic about the publication, though the publisher did note all communication had gone through Lee’s lawyer and they never spoke to Lee directly about the project, but Carter insisted Lee had been excited by the news and “humiliated” by the public’s questioning of the deal.

Go Set a Watchman was eventually published in the summer of 2016, and Lee passed away shortly after in early 2016, so there wasn’t much time to discern the full truth in Lee’s wishes of her publication.

We may never know the full reason behind the new Alphabet Series adaptation, why it sold now, or what made the family change their minds. Nevertheless, the adaptation seems to be backed and supported by Grafton’s family, and certainly many fans will be excited to see private investigator Kinsey Millhone brought to life. But it does beg the question of which is more important: an author’s wishes or a profit created by new content for billions of viewers.