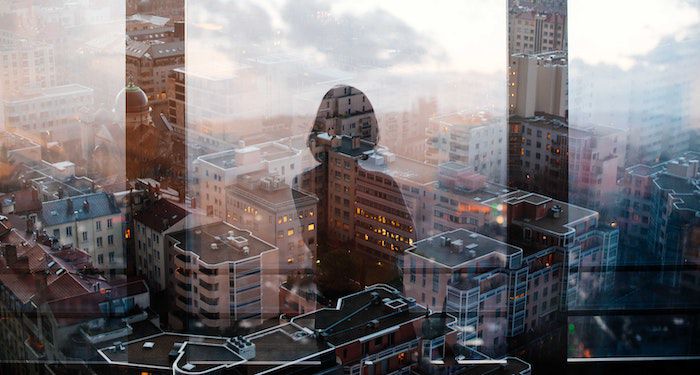 There is a growing disconnect that people inhabiting metropolises experience in their respective social circles. This impacts their well-being, and in the future, triggers a plethora of mental health issues. Short stories explore how the problem of urban loneliness takes form and how we ourselves contribute to this epidemic. They represent how even though urban loneliness doesn’t look fatal on the surface, it has serious repercussions on how we operate.

Katherine Mansfield’s “Miss Brill” captures urban loneliness by portraying how far-removed our realities are from those we see around us. Every Sunday, Miss Brill went to the local public gardens to people-watch. She wore a fur coat, that she had taken out of storage, and touched it repeatedly — calling it her “dear little thing” — to rub “the life back into it.” The coat was a metaphor for her existence. She was someone who herself was stuck in a kind of “storage.” She was lonely and whiled away her Sundays watching the lives of other people pass by her. Her intense love for these weekly trips proves that she herself wasn’t aware of her loneliness. She imagined herself, along with the people she came across in the park, to be a part of a play. But the end of the story revealed that her sense of belonging was an illusion. Endlessly curious, Miss Brill keenly observed people she came across, while at the same time forgetting to extend the same scrutiny to herself.

Miss Brill was so distanced from herself that in the end, she didn’t even notice herself crying. Mansfield wrote, “But when she put the lid on she thought she heard something crying.” Her grief overflowed not just because she was referred to as a “stupid old thing” at the park, but also because at this very moment, the emptiness of her life sneaked in on her. Her false belief that everyone was part of the same play, therefore tied together in some way, was shattered, leaving her utterly alone with herself. The derogatory way the lovers talked about her emphasized how no one cared about her. In fact, her absence caused more joy than her presence. Mansfield very cleverly wrote the story from a third-person point of view to further illustrate Miss Brill’s rift with herself. Just like the readers don’t have the privilege of hearing Miss Brill give voice to her thoughts, she herself didn’t have that either.

In Bharati Mukherjee’s “The Management Of Grief,” the concept of urban loneliness gets manifested in the form of the “middleman” Shaila was expected to be for the world. This story is a fictional depiction of the June 25, 1985 plane crash. Terrorists bombed an Air India Boeing that was en route from Canada to Bombay, killing 300+ passengers. Shaila, a Hindu Canadian, lost her husband and two sons in this crash, leaving her numb and devastated. Her shock at the impending loneliness and grief that was about to engulf her was interpreted as composure by the government social worker named Judith Templeton.

Judith was supposed to help Shaila’s fellow mourners process the tragedy and figure out the next steps. Mistaking Shaila’s composed demeanor, induced by valium, as calmness, Judith asked her to help her assist the group. Her grief masked as equanimity left her motionless and shattered. She needed the kind of social worker who would have let her cry, someone to extend her a handkerchief as an act of care. Her mental distance from reality was misread as self-control. She was being looked at and not seen. This clumsy intervention pinpoints that regardless of technological advancement, our cities are lacking emotional literacy. Despite a dense population, the mass apathy we often have towards one another is appalling. No one cared about Shaila’s circumstances enough to humanize her. She was an issue to be handled, a problem to be resolved. The urban loneliness in this story made Shaila hide in her darkness, rather than letting her emerge cloaked in her vulnerability.

Short stories highlight the much ignored issue of urban loneliness. They further understanding of how we need to engage our community with more care, both for our sake and those of others. In the age of the global pandemic, we understand how imperative human connection is to our being. Short stories bring to the fore how by bringing a little empathy to the table, we can evade the mass mental health crisis instilled by urban loneliness.