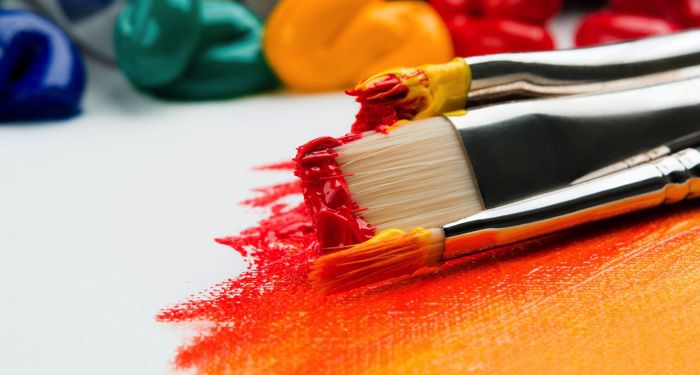 Romances with protagonists who create aren’t a new thing, but I feel like I’ve been picking up some great ones recently. These are folks who draw, paint, sculpt, or otherwise develop something gorgeous out of nothing (or maybe out of raw materials), and then we get to watch them fall in love! Sometimes, they might even make something beautiful for their beloved(s). There is so much art described in these romance novels, and I just want to see it! What do the blended colors look like? What does the surface feel like? Do the portraits really stare into your soul? So many questions — but we’ll never actually get the real answers, because even if (when?) we get filmed adaptations of these fantabulous stories, the set and prop designers won’t do it justice. But that doesn’t take away from the love of experiencing visual art by proxy through our characters, who are feeling All The Things in the few hundred pages we get to hang out with them. Here are some super enjoyable romance novels about visual artists, featuring at least one visual artist whose work you can only dream about. 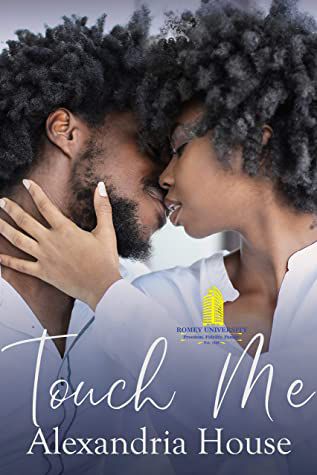 Touch Me by Alexandria House

While this is the second book in a series, you can definitely read it on its own (I did). Sharla is a professor at Romey University, where Jovani is starting as the artist in residence. The two don’t get off to the best start, but they can’t keep away from each other. For one thing, Sharla keeps dreaming about a man, and Jovani sure does remind her of him. Not to mention, Jovani’s estranged father is Sharla’s huge crush. With so many things bringing them together, how can they stay away? (And why would they want to?)

Who’s the artist? Jovani’s photography is centered around body positivity, especially regarding the Black body, and sensuality. I’d love to see them. 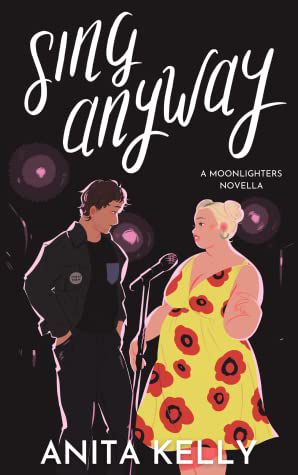 This darling novella opens as Sam arrives before their friends at karaoke, and I felt that with my soul. They learn that none of their friends are going to be there, and before they make the move to leave, the person they have a crush on gets up to sing. Her name is Lily, and she comes in for karaoke with a different big group. They’ve never spoken. But this time, instead of joining her group when she’s done, she comes to sit with them. An intense, emotional evening is destined to follow. But then what?

Lily makes her own clothes, and makes them for other people, too. Just from Sam’s descriptions…I want all of them. 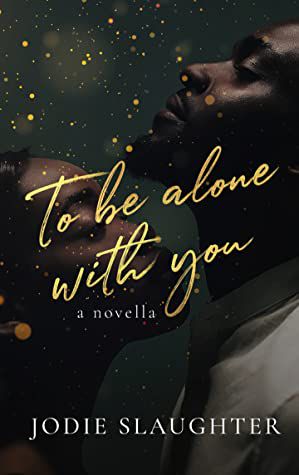 To Be Alone With You by Jodie Slaughter

Speaking of sensuality, this book is hawt. Naomi leaves the business of Los Angeles to get some down time while staying in the Joshua Tree guest home of Ira, one of her artist mother’s proteges. He’s ten years older than her, and ten years ago she made a bit of a mess of things by word vomiting her feelings all over him. But they’re both ten years older, even more attractive, and stuck together in the middle of nowhere at the very beginning of the COVID-19 pandemic. What better way to spend the time than to reintroduce yourselves to each other?

Ira is a sculptor who focuses on the human form, and there might be a chaise involved. 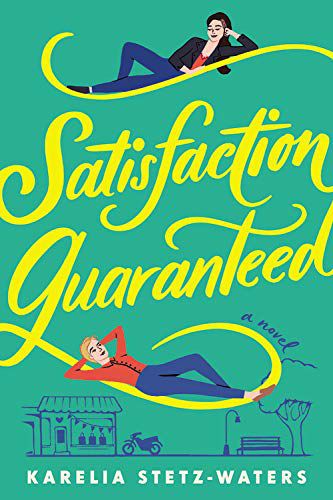 When Cade meets Selena at her eccentric aunt’s funeral, she could have never imagined that the two would be thrown together on an emotional journey. Her relative — Selena’s former boss and friend — has left the pair both her home and her business. It just so happens that said business is a very-much-failing sex toy and amenities shop. While Cade approaches the possibility of saving the shop like an accountant, Selena feels more sentimental towards the whole thing. But as they spend more time together, circling around their attraction for each other — and each’s own ideas about what they deserve — they come towards a different understanding.

Selena, while currently working at the sex shop and being fantastic at being an educator, is a trained and skilled artist who has since abandoned her art for Reasons. 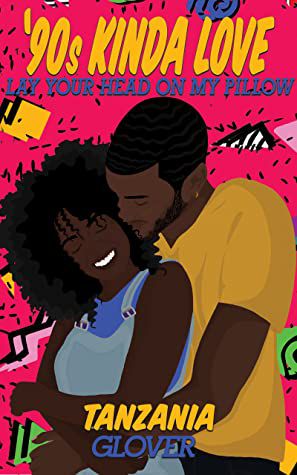 Lay Your Head on My Pillow by Tanzania Glover

When she started working as the guidance counselor at Lakewood High School, Toni thought it would just be a stepping stone to finding her happiness. Now, ten years later, she’s still there, and has given up on finding a new dream. But every interaction she shares with the famous alumnus who was brought in to paint a new mural over one that was vandalized makes her wonder if she could possibly find more. When an assist from a friend throws them together for a birthday dinner, there are painting lessons on the menu.

Arlan is a painter who does well for himself — though most of the painting happening in this novella is a different kind of art.

CN: secrets about identity; sex on the page; mention of deceased mother 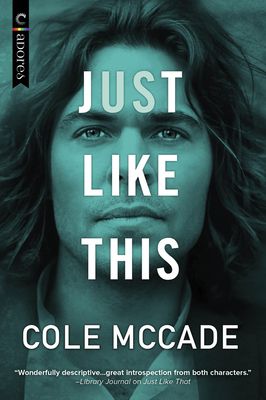 Art teacher Rian just wants to improve the minds of the young and work on his own art. But the sneers and regular invasion of football coach Damon into his space are starting to make him rethink that. Especially this time, when said coach barges in, accusing him of cheating him of his best player. The only thing is, that same student runs from Rian’s last-period class citing football as the reason for his hurry. With a mystery to solve, the pair are forced to spend time and get to know each other for the sake of their errant student.

Over the course of the novel, we get to experience Rian working on his art, whether two- or three-dimensional, and it all sounds pretty fascinating. 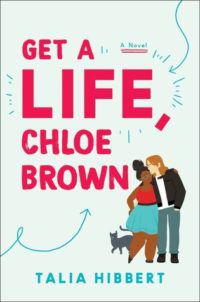 Get a Life, Chloe Brown by Talia Hibbert

If you still haven’t picked up the Brown Sisters books, maybe telling you that the love interest in the first one is an artist will convince you. After a bit of a brush with death, Chloe decides to, well, get a life. She’s been living with her parents for a long time, and she doesn’t really do much beyond hang with her family and work. So her first order of business is to move out. Now that she lives alone, she has to deal with the contentious relationship she has formed with her new super, Red. But when he finds her list, he offers to help her through it — no matter how tame or naughty the item.

Red is a painter, which we discover thanks to Chloe’s…ahem. Voyeurism. 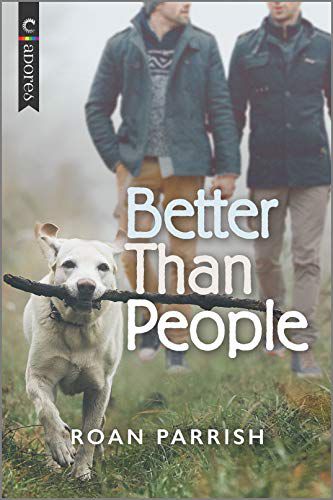 Better than People by Roan Parrish

Jack takes a lot of walks — mostly because he has a lot of pets that also need a lot of walks. So when a freak walking accident leaves him unable to escort his pack around the wilderness, he finds Simon through an app for people who love pets but can’t have them. Simon’s social anxiety doesn’t put Jack off the idea, and the two begin a hesitant acquaintanceship that builds into more.

Jack is a children’s book illustrator who is working on something a little different for his next project. 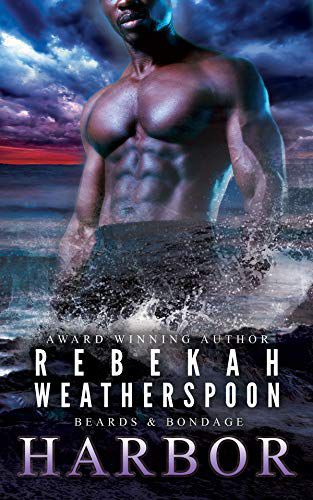 When her fiancé is found killed, Brooklyn is struck a heavy blow. When it’s revealed that he was with another woman, the blows double. And when one of the partners of the dead woman tries to meet her, she’s having none of it. But when Vaughn finally convinces her to share in his grief, along with his other partner, Shaw, the three share something more. Eventually, they find each other again and decide to pursue…whatever might come from them spending time together. It could be a fun fling, or it could end up being something more.

Shaw, that asshole, is a brilliant carpenter and we could all wish and hope to be owners of one of his Cape Cod originals.

*There has been a lot of conversation recently around the idea of trigger warnings vs. content warnings and what each means. A peer began using “content notes” instead of content warning, because some of it is just bringing to readers’ attention that the content exists, not trying to warn them against it. I liked it, so you’ll see me using it here and on my personal pages.