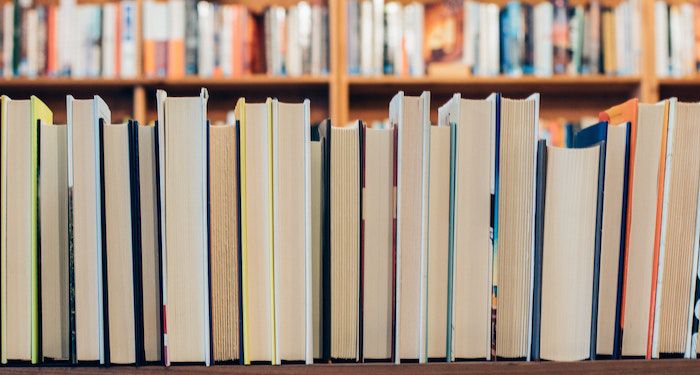 Reader, I took a journey into the mind of comedian and Daily Show host Trevor Noah through the books he loves most. How did it turn out? Keep reading to find out.

Before the world got turned so far upside down that I couldn’t even stand to watch a comedy news show (let alone the real news), I started every morning with a coffee and The Daily Show. And do you know how many book recommendations I got from watching The Daily Show? A lot. I could do a whole exhaustive list of all the books I discovered from watching The Daily Show, but some highlights include Thick: And Other Essays by Tressie McMillan Cottam, Hood Feminism by Mikki Kendall, Surviving the White Gaze by Rebecca Carroll, Know My Name by Chanel Miller, and many others.

But it’s not just The Daily Show that’s literary. The show’s Trevor Noah legitimately loves books. Noah once explain in an interview, “When I was a kid, I wasn’t allowed outdoors because the police would have taken me away because my mom was Black and my dad was white, and South Africa was going through Apartheid… so I was always in the house. And because I was always in the house, the only way I could entertain myself was to read. And that’s all I had. I had books that took me around the world. That’s why I’ve always loved learning. I’ve always loved reading.”

All of this is to say I’ve spent a lot of time listening to Trevor Noah talk about books and talk to authors about books. And I, like nearly everyone else on the planet, have read his memoir Born A Crime. But I was still curious about Trevor Noah’s taste in books. Which books are the South African comedian’s all-time favorites? And what do his favorite books say about him?

I didn’t have to look far to get the answer to my first question. In 2016, The New York Times ask Trevor Noah what 10 books he would take with him if he were marooned on a desert island. These were his answers. Now, have his tastes changed at all in the past six years? Probably. Who amongst us hasn’t found a new favorite book between the years 2016 and 2022? But this still felt like a good snapshot of Trevor Noah’s tastes.

And so I decided to pick five of Trevor Noah’s favorite books, read them, and then judge Trevor Noah as a human being based on my feelings about these book. Okay, that last part is a joke. Mostly. But here’s what I thought about them!

For selfish reasons, Yaa Gyasi’s Homegoing was the first book I picked up from Trevor Noah’s book recommendation stack. I read Gyasi’s Transcendent Kingdom last year and was totally blown away by it. And although I heard from many readers that Homegoing was an entirely different kind of book, I’d also heard that it was just as good (if not better) than Transcendent Kingdom. Now, that is a lot of hype for this book (in my mind), so I was excited to dig in.

Trevor Noah described Homegoing as “a fascinating novel about the legacy of slavery and white supremacy on both continents.” Yes, Homegoing is much larger in scope than Transcendent Kingdom. Whereas the latter deals with the personal tragedy of one family, the former confronts the tragedies of an entire group of people, following generations through three hundred years of Ghanaian history. This book is undoubtedly an incredible accomplishment. And while Transcendent Kingdom is still my personal favorite, Homegoing is probably one that will resonate with more people. And I can definitely see why Trevor Noah would call this a favorite.

Truthfully, this was a pretty high bar to set right at the beginning. Maybe I should have saved it for last. 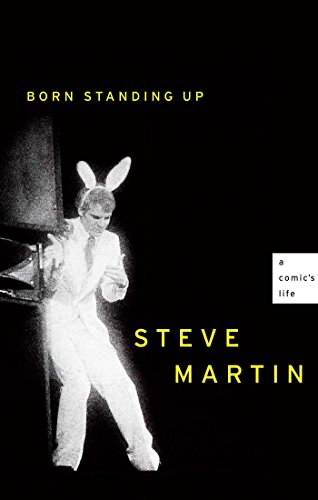 Born Standing Up by Steve Martin

I had to pick this one up because Steve Martin and I share the same last name and therefore we’re best friends. Juuust kidding. Just ignore me. Trevor Noah called Steve Martin’s book “one of the best accounts ever written about the art of stand-up and the life of the stand-up comic.” So I had to see what all the fuss was about.

Born Standing Up is comedian Steve Martin’s book about his time as a stand-up comedian, his rise to fame, and the reasons why he ended up leaving stand-up for good. As someone who appreciates Steve Martin as an actor and comedian, I found his story interesting, and I think there are probably life lessons in this story that anyone could learn from. Ultimately, I felt like I probably wasn’t the right audience for this book. But I can see why comedians like Trevor Noah and Jerry Seinfeld regard this one so highly.

I can’t believe I’d never read The Little Prince before now. I knew so much about the story and had seen the artwork so frequently, that I guess I just never got around to actually reading it. Reading this beloved children’s classic for this reading experiment seemed like the perfect time to finally get around to the book Trevor Noah called “a wonderful fable, beautifully told. It’s so simple and yet so complicated at the same time.”

I’m a little sad I missed out on this book as a child. This is one of those books that I think is likely best experienced for the first time when you’re younger. And then, when you’re older, you return to it to experience a renewed sense of wonder in the world around you. But on top of that, I imagine you also gain a new appreciation for the symbolism in the story. That wasn’t totally lost on me, and I enjoyed this one quite a bit. But I also wondered what took me so long.

I feel like this book needs no introduction. But what did Trevor Noah say about this one? “He was as good a writer as he was a freedom fighter and president. This is a book worthy of his storied life.” Okay, I’m sold. And it’s the next one to get picked up from Noah’s recommendations pile.

This book was probably the most out of my comfort zone out of the five books I chose to read for this experiment, just because I don’t read a ton of memoirs by political leaders. I have read maybe five total in my life, not because I don’t like them, but I just don’t think to pick them up. So this seemed like a good opportunity to read one. It was especially fascinating for me to read the story of a political leader from outside of the U.S. It’s no secret that American education is focused pretty heavily on American history, so while I was vaguely aware of what Mandela had done for South Africa, there was still so much that was new information to me. And yeah, reading this made me think I should probably have more books like this on my radar. 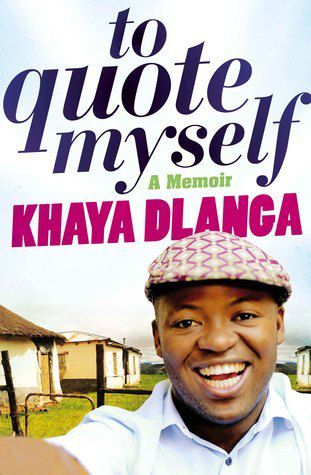 To Quote Myself: A Memoir by Khaya Dlanga

This final book is the only book on this list that I knew nothing about prior to reading Trevor Noah’s recommendations. So I guess of all the books on this list, this is the one that I’m 100% only reading because of Trevor Noah’s recommendation. Noah called this book “hilarious,” and I was intrigued because he said this memoir is “as good an account as you’ll find about life in [South Africa] today.”

This is a memoir in essays in which Khaya Dlanga talks about growing up in rural Transkei, his time spent studying advertising, his experiences as a stand-up comedian, and more. I had never heard of Khaya Dlanga before, and this was an author I really appreciated discovering through this experiment. If you’re curious about what he’s been up to more recently, Dlanga just released a memoir about his search for human connection through social media during the COVID-19 pandemic. It’s called It’s The Answers for Me, and yeah, I’m adding it to my TBR list.

So do I feel like I know Trevor Noah better now that I’ve read five of his favorite books? Maybe. These books seem pretty aligned with what I know about Noah’s personality and tastes. Although I do wish he had recommended more books written by women, the book he did recommended still offer a wide range of perspectives across fiction and nonfiction. Noah’s favorite books speak to the comedian’s desire to wonder at the world, to always be learning, and to have a sense of humor about it.

If you’re curious about more book recommendations from The Daily Show, here’s a great compilation of essential Black authors whom Trevor Noah has interviewed on the show.

Wanting to know what other celebrities are reading? Check out this list I put together of celebrities who read diversely (and the books they recommend).