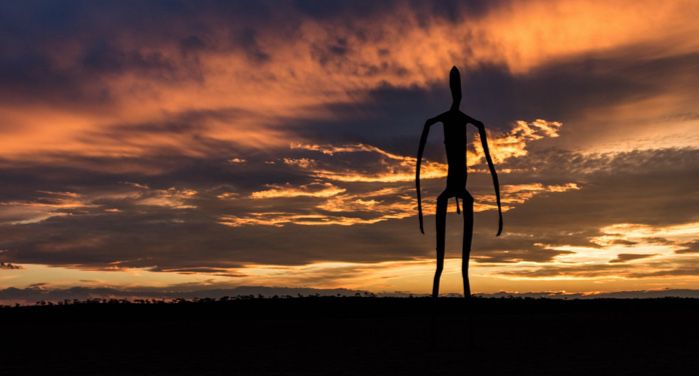 Spooky month, Friday number two! This time around, we’re going to focus on books that has scary aliens. Because while I normally prefer my aliens friendly, sometimes we just need monsters out in the great big nothingness of space. (Or sometimes, the aliens reveal we are the monsters…) We can’t have alien horror without some very classic parasitic alien action. It’s a familiar story, where safety protocols get ignored at a remote outpost and next thing you know, there are aliens walking around wearing human skins and spreading themselves around. It’s up to a few plucky survivors to stop the advance and save all of humanity… if they can.

The Last Astronaut by David Wellington

An astronaut who retired in shame after her mission to Mars ended disastrously has a shot at redemption. There’s an alien object in the solar system that’s heading right for Earth, and she’s humanity’s best hope to figure out what it is–and then how the hell it might be stopped, because it’s very much not friendly. It may not seem horror at first, but don’t worry, there’s some body horror in store for you, and alien eggs and other weird stuff. This takes place on a spaceship that’s carved into the body of an alien space whale that they are slowly consuming from the inside, which is a horror all its own. And the clan is planning on moving on soon, once they’ve completely taken over this creature.

Olivia and Viola are twin daughters of xenobiologists, and they’re tired of being dragged around the galaxy while their parents do research. But in this newest temporary home of theirs, they find an alien artifact…one that contains eggs, and then things only go downhill from there. But among the chest bursters, there’s a terribly family secret about to burst into the open, too… It’s well known that John W. Campbell’s novella Who Goes There? inspired the extremely classic (and still good after all these years) movie The Thing. Well, here’s the original, previously unpublished version of that novella that has an extra 45 pages of backstory.

The Lesson by Cadwell Turnbull

Aliens have come to earth and, by general international agreement, they’ve been given the run of the US Virgin Islands while they’re doing a mysterious “research” project. While at times they seem benevolent, they react to any threat, real or perceived, with terrifying and disproportionate force. This leaves the largely Black population of Water Island dealing with capricious aliens while the rest of the world enjoys the benefits of their relatively gentle invasion. When a young boy dies at the hands of the aliens, a greater conflict becomes inevitable.