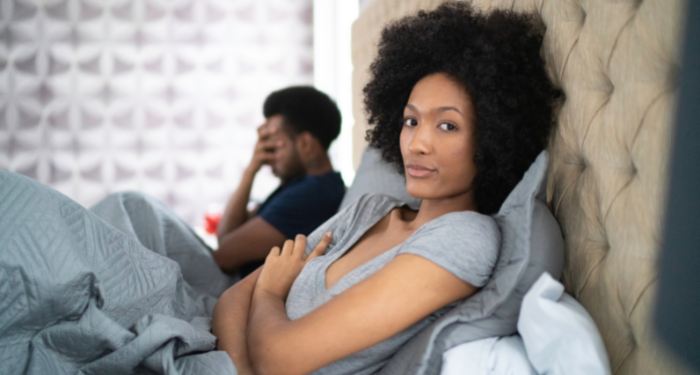 As an avid reader who likes to keep a varied personal library, and who reads a bit of everything, I admit that I often complain about clichés in literature. There are, however, several recurrent themes in books — the so-called tropes — that I am a sucker for. Enemies-to-lovers? Yes! There is only one bed? Hell yeah! The Chosen One, who is an average person but now has no other choice but to go on a quest? Sign me the hell up!

With every great trope I love, though, there is one that I don’t like. And nothing makes my blood boil more than the miscommunication trope.

The miscommunication trope, for those who may be unfamiliar with the term, describes when characters interact with each other in some way, but miss saying something which would very likely — and often, very easily — solve whatever misunderstanding they’re now facing. Sometimes, characters will say the wrong things in all the wrong ways, or a character will understand something in the complete opposite way of what was meant. This miscommunication becomes a big part of the plot, sometimes the only thing holding the story together, delaying its resolution.

At times, my dislike for this trope is almost visceral: I want to grab those characters and shake them until they blurt out whatever they should be saying to solve this mess. But, alas, the book has been written and published. And I, of all people, do not have the means to change anything about it.

And yet, despite the fact that I despise this trope to hell, it is perhaps one of the most relatable and true-to-life tropes out there. How often do people end up going from enemies to lovers, or sharing just one bed, or any other commonplace occurrences we find in books? The chances of most of us experiencing a trope like this in real life is pretty slim — except for the miscommunication trope.

If I am frustrated with characters who do not say what they should say, I am no less upset with myself when words fail me.

Several times in my 35 years of life, I’ve found myself either saying the wrong thing, not expressing what I mean to say as I should, or altogether saying nothing, for a myriad of reasons. I recollect with dread, and with alarming clarity, times in my childhood in which I didn’t speak to defend myself from a false accusation or to clear up a misunderstanding, and to this day I don’t know why words failed me. Of course, sometimes adults refused to listen, but other times they were there, facing me, waiting for an explanation that never came.

Often, you just don’t know what to say to people, or how to say it, or you believe that whatever you have to say and however you try to justify it, will make absolutely no difference, and you stay quiet.

Nowadays, when I stumble upon the miscommunication trope in books, rather than DNFing the book then and there (especially if I’m enjoying the general story), I tend to consider the failings in communication between characters, and what a similar real-life situation, alongside certain personalities, would look like. This usually allows me to gather more empathy for the characters and the situation they have got themselves into, as well as how the trope works within the plot and why the author might have chosen to use it.

This has helped me overcome my usual distaste for the trope, as well as my relationship with characters, which tended to become one of frustration, contempt, and sometimes, even disdain. After all, why can’t you just say what you have to say? Why can’t you find a way to pass on the message, or why do you continue to be in a situation you clearly don’t want to be in, when an open conversation could just solve it all?

I know damn well that these conversations are harder in practice than they are in theory — even in books.

That is not to say that the trope doesn’t bother or upset me anymore; you will certainly still hear me scream, “Just fucking talk to them and explain, goddamn it!”, maybe even throwing the book at the wall once or twice. But I will also remind myself that miscommunications are a daily affair, and they are sometimes necessary to give the plot just enough fuel to advance.

My personal frustration — and probably yours, if you are also a disliker of the trope — comes mainly from the fact that these are, in the end, just characters. You can hardly control people in real life, but characters are at the tip of a writer’s fingers, so why aren’t they talking? We could stay here all day wondering why characters do what they do, but in the end, it is a plot device as valid as any other, and maybe it would do us some good to be more open to it.

This said: it is also, of course, our right to not endure it. But I believe that as readers, we can learn to be a bit kinder to ourselves — and others — by learning to be kinder to characters who act in ways that may make little sense to us. As we learn to be empathetic with their struggle, maybe we can become more patient with our own failings.