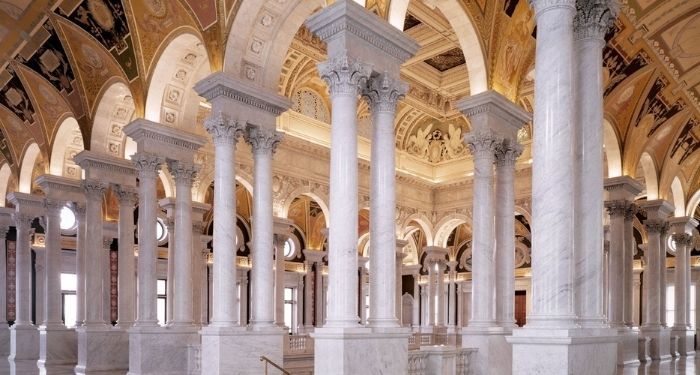 Last week, the Library of Congress (LOC) made a change celebrated by a wide range of organizations, including the American Library Association. After years of pushing to make changes to the cataloging subject headings “aliens” and “illegal aliens,” the LOC replaced them with the terms “noncitizen” and “illegal immigration.” The decision has been discussed since at least 2016, when Congress’s conservative politicians intervened and determined the headings would stay as-is.

Media covering the change call it “more accurate” and “less offensive,” and the American Library Association said it was not only praiseworthy but that it “better reflects common terminology and respects library users and library workers from all backgrounds. It also reflects the core value of social justice for ALA members.”

While it certainly feels like progress to remove the term “alien,” the problem rests in the fact that people are still being referred to as “illegal.”

Organizations like RaceForward have advocated for removing the word “illegal” from discourse about undocumented individuals since 2010. Their #DropTheIWord campaign specifically focuses on the ways media undermines progress by continuing to refer to immigrants, asylum seekers, and other undocumented individuals as anything less than a person. The Right began using the term “illegal” to topple immigration reform, and the continued use of the word has only led to more harm and marginalization by undocumented individuals. Since it launched, #DropTheIWord has influenced major publications to abandon the word in their style guides and writing, and RaceForward notes that the Associated Press, who dropped the i word in their reporting in 2013, has performed the best and been the most just in its immigrant story coverage.

The LOC subject change may remove the word “alien,” but it retains the use of “illegal.” The term is not only dehumanizing, it’s inaccurate and it’s racially charged. By retaining the word “illegal,” the cataloging hierarchy continues damage and showcases its inability to be as progressive and inclusive — and indeed, socially just — as it should be. Instead, it acts to push back against conservative politicians only without a greater understanding of why a bigger change is necessary. This isn’t about winning a political game.

Library of Congress subject headings are used across libraries in the United States, one of a number of systems a library may use to organize their collections (including the well-documented racist catalog system of Melvil Dewey). These subject headings are standardized, controlled categories. They’re periodically updated by the Policy and Standards Committee to reflect better accuracy, but it’s clear these changes are tied politically to the ruling Congress and they’re slow to be progressive. The colonizer history of America is imprinted across these categories, as can be seen in the still-in-use categories of “American Indians,” “Indians, Treatment of,” and “Indians of North America.”

Catalogers on Twitter responded to the LOC’s newest change with frustration. Along with pointing out the failure in progress, some highlighted that the LOC isn’t responsible for how individual libraries or systems outside of the Library of Congress itself choose to catalog. This is a good thing: it means that real progress can be made on a smaller scale, but consequentially, that means real progress has to happen on a smaller scale.

The LOC’s new catalog subject headings aren’t a step forward. They’re the bare minimum, and they don’t align with the values, knowledge, and work of social justice. Indeed, it isn’t a leap to say that in libraries where there’s not pushback or local control of cataloging and these headings are used as-is, the harm done isn’t inconsequential. In an on-going era of hate and discrimination toward immigrating people — yes, even in a “post-Trump” America — continuing to utilize language that marginalized already vulnerable communities will only further physical, mental, and emotional harm to those people.

More, they make places like the library — which should be spaces all are able to utilize without judgment or shame — unwelcoming to a not-insignificant number of people who deserve to feel safe within them.

Learn more about the #DropTheIWord campaign, as well as what you can do to help dismantle oppressive and dangerous language. If you’re in libraries, push to localize your catalog control, as well as demand organizations like the Library of Congress, the American Library Association, and publications like Publishers Weekly and others heralding this change as welcome and progress, reconsider why more needs to be done and be done immediately.