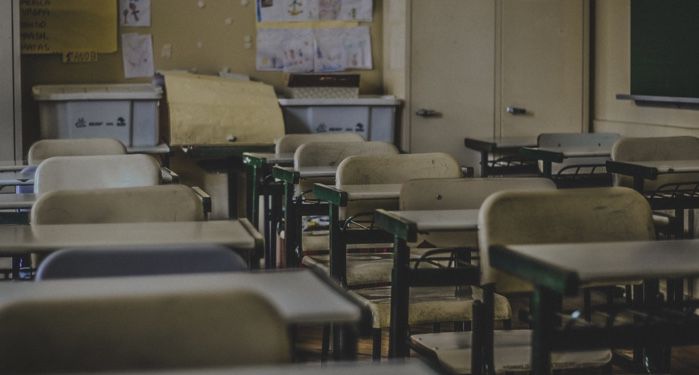 After a months-long battle over “inappropriate” books on a student book club reading list, Leander Independent School District (LISD) in Texas has removed even more books from classrooms.

In a February board meeting, the school board listened to LISD parents who complained about a wide range of titles on the list. The list, which contained 15 books from which students could choose, came under fire as some parents saw the options included to be inappropriate. Those titles were, of course, ones featuring queer relationships, stories of sexual assault and violence, mental health, and racial violence. At the initial meeting, one parent brought a sex toy to make a point about the content in Carmen Maria Machado’s In The Dream House, a memoir about queer domestic violence.

“This is what we’re asking our children to read,” she said as she pulled out the pink sex toy, then continued to read an excerpt from the book about a sexual encounter between two women that included a sex toy. The parent went as far as to claim exposing children to books like this constituted “child abuse.”

After the meeting, the 15 books on the list were pulled to be reviewed through the district’s reconsideration process. LISD stopped the student book clubs and assured parents that they would not return until each title was approved for use.

LISD ensured parents they would work to update their policies over the summer, to make sure to avoid “inappropriate literature for the assigned students’ ages.” Despite the protestors of these books by and about marginalized populations being small, their voices were loudest and the district not only bowed to their pressure, but they continued by adding more books to their banned list.

This week, LISD added more “inappropriate” books to the list of those which cannot be in classrooms or on book club lists. Those include None of the Above by I.W. Gregorio, Out of Darkness by Ashley Hope Pérez, Red at the Bone by Jacqueline Woodson, Brave Face: A Memoir by Shaun David Hutchinson, In the Dream House: A Memoir by Carmen Maria Machado, Ordinary Hazards: A Memoir by Nikki Grimes, and Shout by Laurie Halse Anderson.

Additional books are still under review, including Speak by Laurie Halse Anderson, The Nowhere Girls by Amy Reed, My Friend Dahmer by Derf Backderf, Dear Evan Hansen: The Novel by Val Emmich, Steven Levenson, Benj Pasek, and Justin Paul, American Street by Ibi Zoboi, and The Book of Unknown Americans by Cristina Henríquez.

PEN America led the campaign to reinstall these books when the challenges first arose, and they continue their fight to ensure access to these essential and important texts for LISD students.

“This is a sad day for literature and for students’ freedom to learn,” said Jonathan Friedman, director of free expression and education at PEN America. “It is disheartening to see a school district closing off avenues for learning and engagement across lines of difference. Not only is the removal of these books harmful to the literary community as a whole, it also contributes to the further minimization of the issues that people of color and LGBTQ+ individuals face. The district has an obligation to open students’ minds to the difficult issues these books reckon with, not close them off to diverse lived experiences. After all, how can we expect young people to learn about diversity, if we do not expose them to diverse perspectives in literature?”

Unlike the rash of challenges in recent memory, what makes LISD’s stand out is books have been removed from classrooms and reading lists — this means students do not have ready access to them. A handful of parents have made the decision for an entire population, restricting their right to information; these books were never required reading to begin with but among a wealth of options available to students.

The belief this means authors wrote good books or that this will increase sales is nothing to celebrate or cheer. This is instead a significant loss for young people, who have to work harder to access books that are relevant to them and, in the case of the clear racism and homophobia at play here, essential for understanding the world around them. Removing the books allows conservative viewpoints to dominate the community, rather than ensuring the entire community is being represented.

This is nothing to celebrate.

Though this removal has happened in the school district, just two years ago, Leander’s public library came under fire when the director was removed for hosting a Pride story time. The community of Leander is a suburb of Austin, Texas, with a population of about 27,000, comprised of roughly 87% white residents.

You can reach out to the Leander Independent School District to voice your concerns as they continue their process of reviewing books and updating books to which students have access by emailing governance.team@leanderisd.org. School board minutes and documents, which offer names and specific complaints, are available online here.

Locals, perhaps this is an opportunity to drop these books off at the school, across the free libraries in your community, and in public spaces where teens may stumble upon them. Likewise, show up to these meetings whether or not you’re a parent and demand that your voices be heard. Know that these parents won’t stop, and even if their concerns on sexual content and language aren’t addressed, the shift toward the Critical Race Theory boogieman isn’t far behind.

More ways to combat a rapidly accelerating culture of book challenges and bans can be found here.