Memoir is a nonfiction genre that I never paid much attention to. I felt like I never really wanted to read about lives that I had no connection to. I have tried to read memoirs in the past and they just did not sit well in my reading life. Perhaps the writing was just bad or the author’s personal experience was something that just did not resonate with me. Who knows? But lately I have been marathoning Latinx memoirs and I have not been disappointed!

I am Latino myself, so this could be the reason I am genuinely enjoying memoirs written by my fellow Latinx people. Their stories are stories that I can relate to and their writing style is unique in a way that is just hard to explain. You could justifiably argue that I am biased. Fair enough. Either way, if you have not read any of my recommendations below, I suggest you jump on the bandwagon now. Great Latinx memoirs that I highly recommend are as follows: 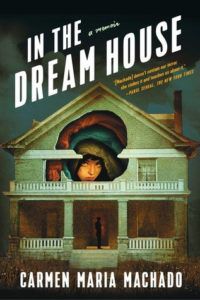 In the Dream House: A Memoir by Carmen Maria Machado

This one is mesmerizing, surreal, and sad. Machado’s words will cut through you in a way you didn’t know words could. She details an abusive relationship she was in back in 2012 with a woman whose words and actions really scarred her for life. She truly believed her partner loved her and wanted what was best for their relationship but as time passed, the realization that the toxic relationship was detrimental to her overall health became evident. The memoir unfolds in a series of vignettes that prove to be genius. Machado uses themes, specifically those of horror, to explain to readers just what her “dream house” was and what it meant during and after the abusive relationship. Machado also makes it very clear that there is such a thing as abuse in same-sex relationships. It is as alive and as real as abuse in all other relationships. This one will prove to be a classic. Pick this one up today! Note: This memoir may prove to be a trigger for those who have been a part of an abusive relationship. 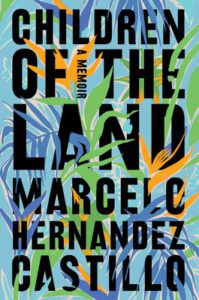 Children of the Land by Marcelo Hernandez Castillo

This is a great read. The way in which Castillo writes will leave you feeling all sorts of ways about DACA, immigrants, and how we treat immigrants here in the United States. Being from the border myself, I could relate wholeheartedly with Castillo. I remember attending school with kids whose parents were undocumented and how hard it was for them to stay lowkey. This memoir recounts the sorrows and joys of a family torn apart by draconian policies and chronicles one young man’s attempt to build a future in a nation that denies his existence. As border kids, we often say that we are too brown for the United States but not brown enough for Mexico. We are neither here nor there. It is exhausting to exist in two worlds to satisfy two polar opposite countries. This one is an absolute must-read. 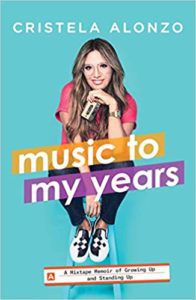 Music to My Years: A Mixtape Memoir of Growing Up and Standing Up by Cristela Alonzo

Cristela Alonzo is a stand-up comedian who made TV history in 2014 by becoming the first Latina to create, write, and star in a network TV sitcom (Cristela). Cristela was also the first Latina to star in a Disney Pixar movie when she starred as Cruz Ramirez in Cars 3. It’s also pretty cool that we both graduated from the same high school. In her memoir, Music to My Years, Cristela shares personal stories of growing up as a first generation Mexican American in Texas and following her dreams to pursue a career in comedy. She also shares her experiences and struggles of being a first generation American, her dreams of becoming a comedian, and how it feels to be a creator in a world that often minimizes people of color and women. You’ll read along with genuine curiosity and learn about Cristela’s love for The Golden Girls and her passionate determination to make it in an industry that has not been kind to Latinas. This one is a must-read. 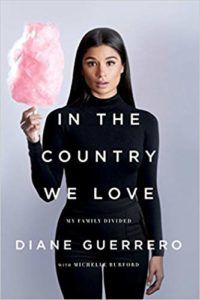 In the Country We Love by Diane Guerrero

You may know her as Maritza Ramos from Orange is the New Black or as Lina from Jane the Virgin. Diane’s candid and heartbreaking memoir is an excellent read that allows you to learn about her parents, who were detained and deported when she was 14 and at school. She was born in the United States, so she was allowed to remain, but she was all alone. Luckily, family friends took her in when she had nowhere else to go. These friends all helped raise her and helped her build a successful life despite the fact that her parents were gone. Diane is an intelligent, resilient woman whose story is an absolute amazing one. This memoir is a tale of personal triumph that also casts a much-needed light on the fears that haunt the daily existence of families likes the author’s and on a system that fails them over and over.

I hope you will enjoy these book recommendations and I hope that you are willing to learn more about Latino/Latinas from all walks of life. As always, happy reading!