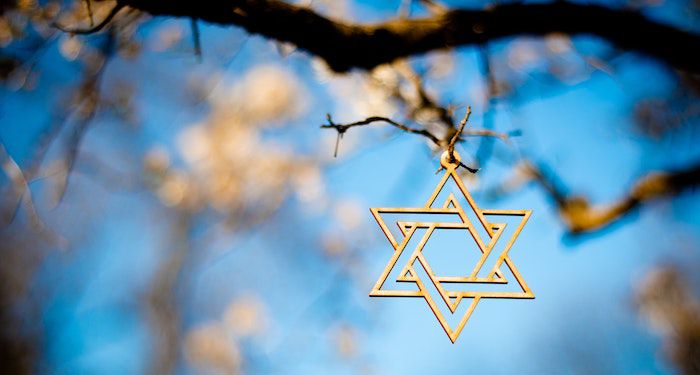 I can remember the first time I really felt “seen” in a book. It was Judy Blume’s Are You There God? It’s Me, Margaret. Margaret’s parents had an interfaith marriage, like my parents. I’d never seen that before in a book, and it felt special to me. I don’t remember reading many of the Holocaust books people say they read as kids (Lois Lowry’s Number the Stars comes to mind, which is actually about a non-Jewish girl), although we did read The Diary of Anne Frank in school. To put it bluntly, we didn’t need to read many of those books at my Jewish day school. The history was in many of our families, with grandparents having numbers on their arms or stories of escape. It was in some of our teachers whose histories we whispered. We studied the Holocaust intensely our 8th grade year. I don’t think it was until after I graduated and went to a public high school that I realized Holocaust kid lit and YA lit was A Thing.

Sometimes I cringe when looking at organizations that highlight diverse books or empowering books for children because often, when a book with Jewish characters is featured, it’s about the Holocaust. This is true even with Jewish book awards. (This was written about extensively in The New York Times last summer). While I absolutely believe that well-done Holocaust novels and narratives are necessary — more than 60% of Millennials and Gen Z have no idea 6 million Jews were killed in the Holocaust — there is so much more to Jews and Judaism. We are not the worst thing that has happened to us. It is important for children, teens, and adults — both Jewish and not — to know this.

It’s also worth thinking about and examining many of these Holocaust stories: who is telling them, who they center, and the facts (or untruths) in them. Katherine Locke has written about that, and this topic could be a post in itself.

(As an aside, Dara Horn writes extensively about the fixation on dead Jews in her aptly-titled book People Love Dead Jews: Reports From A Haunted Present. But that is also a separate post in itself).

Our Jewish stories of joy and holiday celebrations should also be shared; they need to be shared. But so should our general stories of love, friendship, family, and life, with the only Jewish part being our family name or history. Those are Jewish stories, too. We need to see stories of conversion, LGBTQIA+ Jews, disabled Jews, interfaith Jewish families, Sephardi and Mizrahi Jews, Jews of Color, and Jews from all branches of Judaism. As Katherine Locke writes,

At a time when antisemitism is at record highs, Jewish children and teens need to see themselves in good books, thriving, enjoying life, and even loving being Jewish.

So what’s out there?

At first glance, it might seem like there’s not a lot of Jewish YA on the shelves that’s not about the Holocaust. When I started this article, that’s what I had assumed. Through research and talking with Jewish authors, I found out that that’s not entirely true. It’s more of a question of visibility of these books.

One issue of visibility is that many books aren’t specifically called out as Jewish unless there’s other representation, as well, says YA author Dahlia Adler. This is because “people don’t really associate Jewishness with being a category of diversity.” Adler points out that her newest book that has garnered a lot of attention (and rightly so; it’s excellent), Cool for the Summer, has Jewish and queer rep, as did L.C. Rosen’s Camp. Regarding many Jewish books, she says, “I think people look at those books and see straight white teens and fail to give them their due…I think the books are there but the attention to them or to the Jewish rep in them is what’s faltering.”

Jamie Beth Cohen, the author of Wasted Pretty, brings up another point: in many books, even when the story has nothing to do with religion or holidays, there will be references to Christmas, Easter, or church; Christian is often the default. Cohen’s books happen to have Jewish characters in them, but are not about Judaism.

Even Becky Albertalli’s books, which have Jewish characters in them, aren’t usually seen or classified as “Jewish books.” 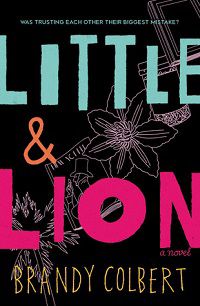 What if we changed this narrative? What if we started to label them as such? The books may be completely secular and not about religion at all, there may be varying kinds of representation, but there’s also Jewish representation. When we start to look at YA that way, there are more Jewish books on the shelves at second glance. Brandy Colbert’s Little & Lion, Sick Kids in Love by Hannah Moskowitz, and Hope and Other Punchlines by Julie Buxbaum are all examples of this.

Many Jews don’t define Judaism solely as a religion; it is often referred to as an ethnoreligion, or a religion that is also intertwined with culture and ethnic heritage. Many Jews see their Jewishness as a culture or ethnicity. Because of this, Jewish stories and Jewish books should not be limited to celebrating religious holidays or having Jewish themes.

Another factor is the marketing, reviewing, and publicizing of these books, as Adler also pointed out to me. Evonne Marzouk, who wrote The Prophetess, echoes this. She points out that even in Jewish circles, although there is a big push for children’s books to be distributed in the community (hello, PJ Library), YA books get lost in the shuffle. These organizations don’t reach out to Jewish teenagers or publicize YA books. She asks, “People say that Jewish teens fade out after their Bar and Bat Mitzvahs, so why wouldn’t we use books to help keep them engaged?” (I did reach out to PJ Library to ask about this, but got no reply). She also adds that she doesn’t know of any non-Jewish book organizations organizing lists of current non-Holocaust Jewish books, so they’re more likely to get lost.

Are book reviewers highlighting the Jewish representation in books, or is it not even noticed?

For Jewish organizations and awards committees, are they making an effort to include more than just Holocaust stories? Are they embracing diverse Jewish stories that challenge Ashkenormativity or the status quo?

When we draw up lists of diverse books and encourage people to read diversely, are we including Jewish rep in those lists?

All of this makes a difference in visibility.

Where do we go from here?

So the good news is that there’s more non-Holocaust-related Jewish representation in YA books than originally thought. Hooray!

The bad news is that we still have a ways to go, both with the books themselves and everything surrounding them. 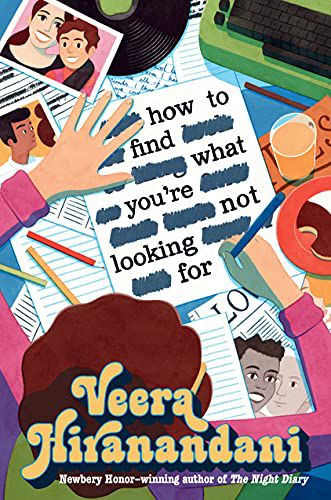 While there seem to be more and more books being written with Jewish rep, we still need more rep of Jews of Color, adds Adler. Books like Color Me In by Natasha Diaz and How To Find What You’re Not Looking For by Veera Hiranandani are a good start, but we need more. Jewish representation also tends to be predominantly Ashkenazi, and more Sephardi and Mizrahi rep would be welcome. (I personally think that there’s more diverse Jewish rep in many middle grade books right now, so I’d love to see this spread into YA).

We need more publicity about books with Jewish rep — with the representation explicitly named. We need more outreach from Jewish organizations about YA Jewish books.

Buy Jewish books. Request them at libraries and schools. Get them as gifts for people. Follow Jewish authors on social media. In the book world, platforms and social media and sales all matter. That’s what agents and publishers note.

But perhaps most importantly, maybe we need a reframing of what we think about when we think about what a Jewish story is, for both non-Jews and Jewish readers. When surveyed, a large majority of Jews reported that the Holocaust was central to their Jewish identity, and again, I want to reiterate, that is not where our stories begin and end. Our stories did not stop in 1945.

Jewish stories include a secular Jew who celebrates Christmas but has a bubbe. A Jewish story can be a queer Hasidic love story or a Birthright coming-of-age story. It’s a beach read that happens to take place in the Catskills. Jewish stories include stories of racism in the Jewish community, and stories of both falling out of faith and becoming a ba’al teshuva (a secular Jew who becomes religiously observant). Or the two best friends who sneak out of Hebrew High School every week to run across the street to the pizza place to catch up over illicit pepperoni pizza. Jewish stories also include books that have no explicit mention of Judaism except for a tell-tale Jewish last name and an affinity for bagels.

When someone thinks of Jewish books, these books should all come to mind, not just the books about the Holocaust. And the more conversations we have about this, maybe one day that will happen.

Which book will you read first? If you’re looking for some suggestions, check out these diverse Jewish children’s and YA books and these Jewish American novels and story collections.