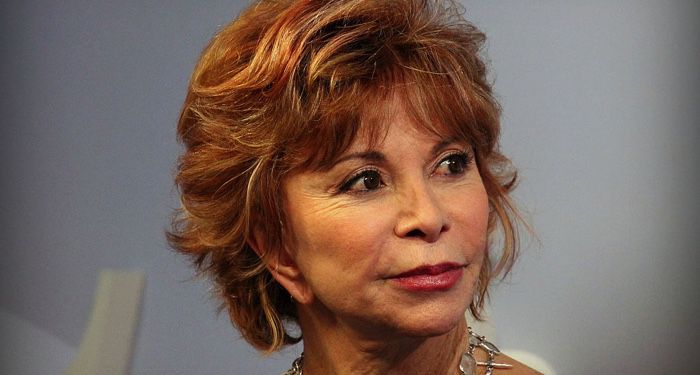 Most famous novelists had other writing and editing gigs before they made a living off their own fiction. Toni Morrison worked in publishing; Rainbow Rowell wrote ad copy before publishing her first book; and Isabel Allende, the best-selling Chilean novelist, worked as a Spanish translator of English romance novels. While that side hustle isn’t surprising for a bilingual literature lover like Allende, the way the gig ended might shock romance fans. Allende was fired for rewriting the characters and endings of the stories she translated without approval. Let’s dive into why one of Latin America’s most famous writers rewrote novels before she wrote her own.

Here’s a fact that should cheer up writers over 30 who are still waiting for their big break: Isabel Allende didn’t publish her first novel, the acclaimed The House of Spirits, until she was 40 years old. Despite that later start, Allende would go on to publish, as of 2022, 25 books that have been translated into a combined 42 languages. According to her website, her books have sold over 75 million copies, making her one of the best-selling Spanish-language writers in the world. Her GOAT status makes her own artistic choices as a translator more interesting.

Isabel Allende was born in Peru to Chilean parents in 1942 and moved to Chile as a child. Before her first novel debuted, Allende worked as a journalist and television presenter. Because she was a TV personality and relative of Chile’s former president, she was exiled to Venezuela in 1975 for 13 years during Pinochet’s regime in Chile. Before her more high profile jobs and political exile, however, Allende was looking for a way to make extra money while pregnant with her second child in the mid-1960s. She found work translating Barbara Cartland, a best-selling English author of romance novels. Cartland’s romance novels mostly had the same plot, all featuring a beautiful heroine who falls in love with a rich man, gets married, and lives happily ever after. Even if they were formulaic, the novels were blockbusters that sold over 750 million copies.

Allende, who Pablo Neruda once said had too much imagination to be a journalist, was not a fan of the Cartland formula. A vocal feminist, Allende wanted female characters to have more agency and options. In a 1989 interview in the literary magazine Letras Femininas she explained her problem with Cartland’s plots: “Women that meet these incredible men in airports and go to Polynesian Islands, and, oh, incredible stories. I had to translate them. But they were so boring. After the third novel they were all exactly the same. So I started changing things.”

So what type of changes did Allende make? In a 2009 lecture she explained:

“I had to change a little of the dialogue here and there so that the female protagonist would not come across as completely feebleminded, and then I would get carried away and change the ending. Sometimes Prince Charming ended up helping Mother Teresa in Calcutta, and the heroine, a beautiful tall blonde with big boobs, ended up smuggling weapons in the Middle East.”

Allende made plot and characters changes in line with her own tastes. In another interview, she noted, “I don’t enjoy safe books. I don’t read romance novels because I know the formula. I want the surprise, I want to be smitten. When I read fiction, I want something that is unusual, where I’m never going to guess that it’s coming.”  Predictably, the publisher was not thrilled when they discovered Allende’s unauthorized changes to the happily ever afters. She was fired from the job.

Allende on Her Own Work’s Translation

Despite her own “improvements” as a translator, Allende is enthusiastic about the translation of her own works. In the Letras Femeninas interview, she noted, “I think it is such a fantastic opportunity to be translated that I don’t mind if it is not well done. Just the opportunity to be read in another language is something that I’d never thought of before. I’m always very grateful.”

While we may never know if Barbara Cartland felt the same way about Allende’s translation, Allende’s stint reinventing another author’s may have helped hone her own influential depiction of strong, multidimensional women.

For more on Isabel Allende, check out this introduction to Allende’s life and work. And if you’re looking for the guarantee of a happily ever after, we have plenty of romance content to go around.