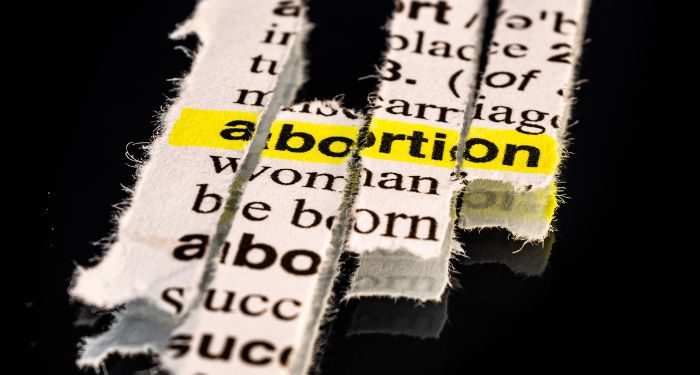 Recent political events have me considering the way our history shapes the books that writers write and publishers publish. After the summer of protests in 2020, publishers have made an attempt to push forward more books by authors of color and diversify the industry overall. As for recent events, I’m wondering how the overturning of Roe v. Wade will influence book trends.

Women have of course written books throughout history, and the best ones reflected the difficult realities of the time. Jane Eyre by Charlotte Brontë focused on a woman making her way through the world with limited options. The Millstone by Margaret Drabble (published in 1965) follows a woman who decides to raise a baby alone, despite the intense societal pressure to marry. After Roe v. Wade, stories written by women for women became much more common and not all were focused exclusively on marriage and motherhood.

The History of Roe V. Wade

It’s important to understand this basic history and how radically things can change with expanded access to one legal right. Before Roe, women got married and had children at much younger ages. The average age of first-time American mothers in 1970 was under 22. Today, more women are able to choose to wait for marriage until they are ready for it, with the average age of marriage steadily climbing since 1970.

Ready means a variety of different things: financially, socially, but also emotionally. For a lot of women, this meant joining the workforce first and advancing their careers in fields that were previously closed off to women. This was especially important for women becoming lawyers and spearheading cases that gave women even more access to formerly restricted rights.

For the past 20 years, The New York Times Best Seller List has approached equity in the numbers of men versus women on the list. However, when you go to the genre breakdown, women dominated the “domestic” genre since the 1980s and the romance genre since the 1960s.

Without Roe v. Wade, we probably never would have gotten the explosion of women’s fiction and romance novels that continue to dominate the publishing industry today. Though the category of “women’s fiction” is questionable at best, writers like Liz Kay argue this category shouldn’t be a censure.

“I do write primarily for women,” she says at LitHub, “but what I refuse to accept is that with women as readers I need to lower the bar.”

In the 1990s, driven by the popularity of Bridget Jones’s Diary, the term “chick lit” came to encompass essentially all books by women. Writer Lucinda Rosenfeld wondered in 2017 “Given that so many women writers and readers currently feel that, once again, we are fighting for our basic liberties, might a new category of women’s fiction, more overtly feminist than its predecessor, be on its way?”

Over the past few years, women authors have been accused of “conquering” fiction and leaving no space for male writers. Although numbers don’t support this assertion, it is true that anything approaching equality feels like a threat to the dominant group. Additionally, we’re only just getting more writing by women of color and by trans and gender-nonconforming writers. The basic women vs. men problem of published books doesn’t really do much to express the publishing industry’s overall problem with diversity outside of the cishet male, white gaze.

The biggest trend I’ve noticed in “women’s fiction” overall is having the freedom to make bad decisions. Instead of being hemmed in by circumstance and being forced to make difficult decisions, there are many novels about women with a host of possibilities. Though there are still a ton of novels about successful women making the best of their lives, there are plenty of stories about messy women who make bad decisions.

The Reality of a Post-Roe America

You can only ban legal abortion. People will always seek abortions because they became pregnant through a traumatic experience, they’re not ready to be parents, they can’t carry the pregnancy safely to term, or they simply don’t want a child. All these reasons are equally valid and important for all people to access care.

Things were never rosy for AFAB people seeking abortions around the country, even legally. Now that abortion is a shakier right, I’m wondering how this will affect the industry for deliberately escapist, light-and-fizzy reads. I’m certain readers will continue to crave the candy-colored joy of a low stakes beach read. However, these books might also start to obliquely reference the realities of the American political world.

I wonder if there will be an uptick in historical, or sci-fi and fantasy genre fiction, which take place in a world where gender-based discrimination is heightened. Although many states are working to impose restrictions on anyone who is not a cisgender man, writing directly about our reality might be hard for readers to gravitate towards. It might be preferable to dive into a different world of fiction to process our terrifying reality.

I also think there will be a rise in horror fiction about gender-based violence because of the recent popularity of books and movies that tackle social issues head-on with horror. I personally hope there are also a small number of books imbued with hope and optimism and imagining a way forward. I’m not arguing for fiction that ignores our current reality, but fiction which offers a spark for people to keep fighting for equal rights.

Past Publishing Trends and the Future

In the past, female authors wrote under male or gender neutral-sounding pseudonyms in order to get their work published. Men determined that writing as a career would distract women from their proper duties of child-rearing and housework. Mary Ann Evans (better known as George Eliot) published her books with a pseudonym because she wanted her work to be assessed on its merits alone: women writers weren’t seen as intellectually important.

It’s not just that the writers wanted their work to be assessed holistically; they knew their ideas, themes, and literary merits would be dismissed just on the basis of their gender. To sneak any transgressive ideas or complex female characters into the intellectual canon, these women had to hide their identities for their writing to be taken seriously.

Although the publishing industry can be really slow to change, the summer of 2020 caused a sea change in what types of books were being purchased and changes made to publishing houses to reflect these purchasing patterns. The summer of 2020 caused a major uptick in customers purchasing social justice books, a trend which persisted in 2021. This past summer, the New York Times Magazine published a long piece about the attempt to address historically exclusionary practices in publishing, especially towards women of color.

Even if things are changing quickly in customer buying patterns, publishing is slow to change because of a variety of issues. The first one is that writing, selling, and publishing a book takes a long time. However, there is also a crisis of faith in the publishing industry itself among young, overworked book professionals. The lack of response to worker concerns from publishing executives will continue to drive out workers from marginalized backgrounds.

These past trends call into question how the publishing industry will respond to the Dobbs v. Jackson decision that ended the protects set by Roe v. Wade. Censorship to books about abortion and reproductive autonomy will likely ramp up in states where abortion access is restricted or nonexistent. Authors might choose to publish anonymously if they are writing about fiction or nonfiction about these places with punitive laws against people who seek or assist in abortion care. Pseudonyms might be a safety measure.

The issues with low pay and burnout in the publishing industry are driving out employees who would be the champions of books by marginalized authors. When you only have privileged people in publishing, choosing which books get published and publicized, you get an American Dirt situation. I’m sure agents and acquiring editors will look for realistic stories about abortion and reproductive care or deeply reported histories of various states where access is restricted. My concern is that the majority of these stories will be skewed to the white perspective.

Overall, I think we can expect the slew of books about reproductive justice in about a year or two. Writers who have books on submission that fit the theme will get their work picked up, and writers who are currently focused on projects related to the topic are probably hard at work right now. With the issues facing the publishing industry right now (including corporate consolidation, employee burnout, and the failure to champion diverse talent), it’s hard to say if these books will show a diverse spectrum of experience.

For further reading on the genres I discussed here, you can dive into books about social justice, beach reads, and sci-fi/fantasy books by women and nonbinary authors.