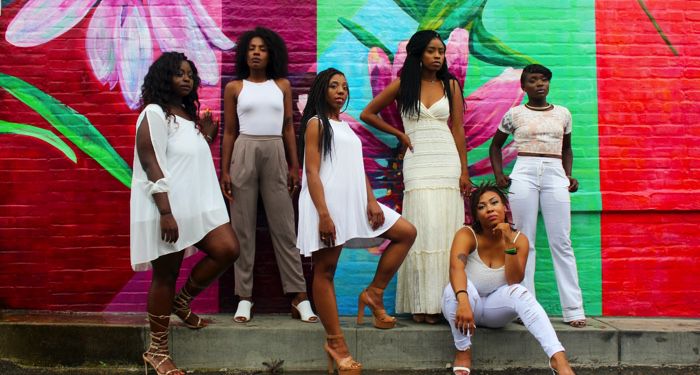 White feminism, with its exclusionary policies and parochial thought process, has not only exacerbated the condition of immigrant women of color but also has rendered them invisible by relegating their issues to the margin. However, with the advent of immigrant literature and more and more authors of color becoming vocal about the status of women of their communities, the anxieties, loneliness, and fears of abandonment of immigrant women are coming to the limelight. Again and again, immigrant literature poses the question of why immigrant women, with all the potential they carry, still don’t have the right to live a dignified life.

In Koa Beck’s White Feminism, she writes that the trope of the “white, depressed housewife” often overrides other cultural identities. Lack of financial autonomy, abusive marital dynamics, and prolonged stress and exhaustion are issues explicitly studied with respect to the ultra-feminine, dainty, middle-class, young white housewife. However, thanks to immigrant literature, this narrative is slowly changing. In Dominicana, Angie Cruz debunks this archetype of the white housewife being the ultimate victim of patriarchy by centering the story of a Dominican teenage bride named Ana. This novel is a bleak portrayal of a doubly disenfranchised female undocumented immigrant who has to battle with her brute of a husband and the fear of getting deported every day.

In the 1970s, “self-liberation” became a new mantra for white feminists. Asserting their humanity and value became quintessential to the preachers of white feminism. While encouraging women to become more self-interested and start existing as more than just a constant source of resources to others was imperative, this type of thinking prioritized individual ascension over collective female empowerment. Ana’s green eyes were considered “a winning lottery ticket”. Her family wanted her to settle down with her husband and eventually demand money, education, and papers facilitating her family’s rehabilitation to America. Cruz shows that for Ana, the goal of independence would come at the cost of her family’s ticket to a better life. Issues of education and political justice are of little impact to women like her because, in most cases, they don’t have access to dignified living conditions and public spaces, owing to their status as undocumented immigrants.

The Illusion Of Choice

Traditional women’s labor has never been considered as part of the economic equation. Performing rigorous labor, as we see in the cases of Adah in Buchi Emecheta’s Second Class Citizen and and Isra in Etaf Rum’s A Woman Is No Man, is thought of as women’s default state of being. Adah had to work outside her home in addition to executing domestic labor. Since Black women like Adah, to sustain themselves and their immigrant families, had to work, they didn’t fit into the white feminist archetype of the moneyed housewife advocating for her skincare regime and the importance of me-time. Her children are tended to by women from economically underprivileged backgrounds in the next room, so it’s easy for her to think the way she does. Adah couldn’t hire a nanny like her white counterparts, and courtesy of her dislocation, nor could she rely on her family members to help her raise her children. Isra’s domestic labor was thought of as a natural resource by her family that didn’t need to be accounted for. The way she was ill-treated, it felt like her labor didn’t need maintenance, replenishing, or acknowledgment of any kind, let alone appreciation. It seemed like she was brought to America by her husband’s family to slowly annihilate herself while taking care of them.

When economics think of women’s labor as “natural”, capitalism has coded it as “choice”. For white feminist ideologies like autonomy, agency, and self-empowerment to prosper, the barriers specific to women of color had to be left unacknowledged as white feminism catered to white women whose privilege of ‘choice’ didn’t come at the expense of their having a roof over their head. It excluded the narratives of women of color, like Adah and Isra, as their rebeling could lead to ostracization and physical harm. They couldn’t choose to stop laboring for their husbands because of their precarious positions as immigrant women. The men pushed them to vulnerable situations, leaving them no room to operate on their own terms. By bringing into fore the nuanced nature of the lives of these women, authors like Emecheta and Rum are preventing the dangers of the single-story enshrined by white feminism from doing more damage than it has already done.

White feminism has been the bane of women of color’s existence, but with the emergence of immigrant literature, the situation is bound to take a turn for the better. If you’re interested to venture into the world of immigrant literature further, check out Why You Need To Read More Black Immigrant Literature.