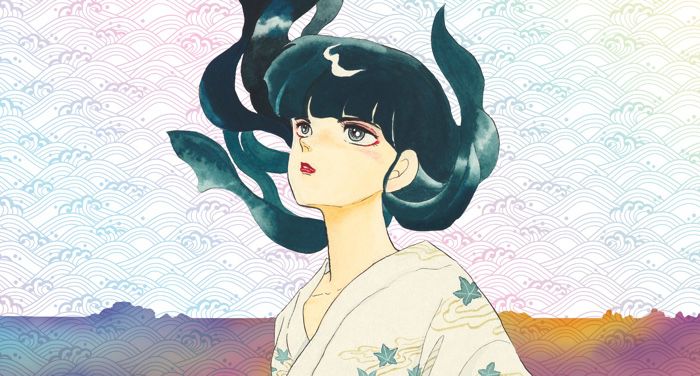 Seriously, though, Japanese folklore is full of romances between humans and supernatural creatures. There’s the one where a man marries a kitsune, or fox spirit, and raises a family with her. Or the one where a man marries a crane disguised as a woman. Of course, neither of these cases ultimately ended happily, but the romance is there and so is the moment of horror — when the husband discovers his wife was never human at all.

Likewise, manga is full of romances between humans and supernatural beings. In Kakuriyo, a young woman is taken to the spirit world to settle her grandfather’s debt by marrying a powerful oni. In a Kamisama Kiss, a teenage girl becomes a local god and with the new position comes a kitsune familiar.

Of course, these examples soften the horror we associate with the supernatural. Not all approaches do. And not all horror romance manga focus on relationships between humans and monsters either. After all, sometimes the most terrifying thing of all is how humans treat each other.

Some Horror Romance Manga to Get You Started 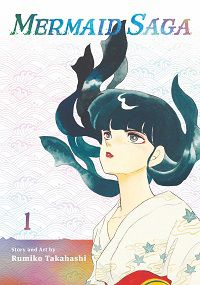 Better known for her romantic comedies like Ranma ½ and Inuyasha, the legendary Rumiko Takahashi flexes her horror chops here. According to Japanese folklore, eating a mermaid’s flesh grants you immortality. Guess what this manga is about? The immortal Yuta has been alive for centuries after eating mermaid flesh and he’s sick of it. He sets off to find another mermaid, hoping that consuming her flesh will reverse his immortality. I know. Just roll with it. Instead, he runs across Mana, a human sacrifice who’s been forced to eat mermaid flesh to restore youth to a village of aging immortals. 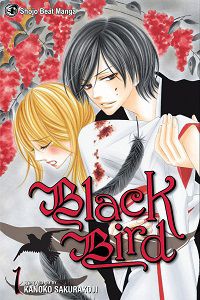 Wanting supernatural romance like the old folklore stories of kitsune and oni? Black Bird introduces us to the tengu — a type of Japanese supernatural being that combines bird, monkey, and man. Misao has always been able to see spirits. While an inconvenience, it becomes a serious problem when she turns 16 and these spirits begin trying to kill her. Salvation comes in the form of her childhood friend, Kyo. The catch? Kyo isn’t human at all. He’s a demon. More specifically, a tengu. 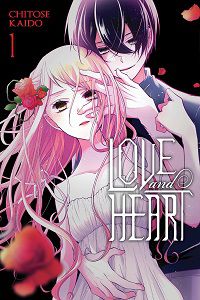 Love and Heart by Chitose Kaido

Again, not all monsters are supernatural. Some are quite human. College student Yagisawa is having a rough time of things. She just caught her boyfriend cheating and suddenly finds that she has a new male roommate named Haruma. Even more confusing, her new roommate tells her they used to be neighbors and childhood friends. While her mother confirms this fact, Yagisawa has absolutely no recollection of their shared past. Haruma seems helpful and kind though, so it should be okay. Right? And that’s just the start of the lies, manipulation, and gaslighting in this horror romance manga. 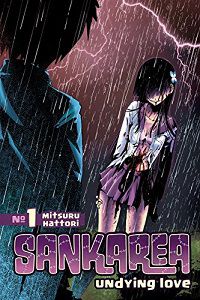 Chihiro loves zombies. He even dreams of kissing a zombie girl. Look, we’re not going to judge. After his cat dies, he tries making a resurrection potion to bring his beloved pet back to life. Instead, the potion is drunk by Rea Sanka, his beautiful and rich classmate. The thing is? She’s alive. Or she was until an altercation with her emotionally and sexually abusive father leads to her death. She doesn’t stay that way for long, though.

Can You Just Die, My Darling? by Majuro Kaname and Sousou Sakakibara

Taku Kamishiro has always had a crush on Miku Hanazono. It’s always been one-sided, though. In a regular romance, we can guess how the plot would go. But this is a horror romance and here, Kamishiro is infected with a virus that transforms his romantic feelings into murderous impulses. And the object of his killer desires? None other Hanazono. 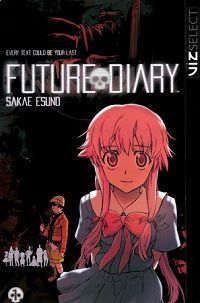 Speaking of love and murder, have you heard of the yandere trope? Long-time anime fans and manga readers probably know what a yandere is, but for our newer folks, here’s a quick definition. Basically, a yandere is someone who seems loving and supportive toward the object of their affections but takes it to an obsessive extreme and often becomes destructive, murderous, and just all-around terrifying. Hirohiko Araki created the progenitor of this character archetype in the form of Yukako Yamagishi from JoJo’s Bizarre Adventure: Diamond Is Unbreakable, but Future Diary cemented the yandere archetype through Yuno Gasai. The things she does to help her beloved Yukiteru win the contest to become the heir to the God of Space and Time? Wow.

Hope something caught your interest from these horror romance manga. If not and you prefer your romance and horror to remain separate, we have additional recommendation lists for psychological horror manga, supernatural manga, the scariest manga, and romance manhwa.