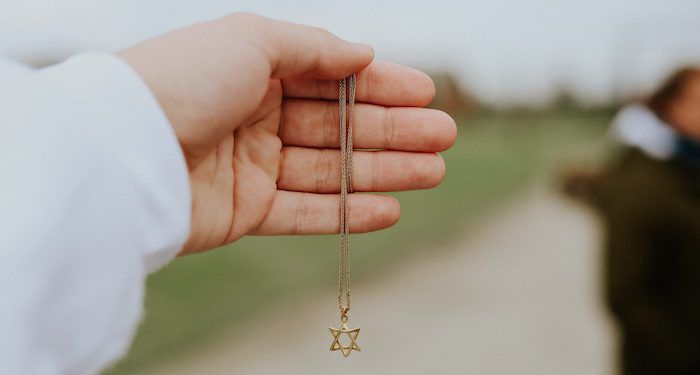 International Holocaust Remembrance Day takes place on January 27, but Yom HaShoah started last night, April 27. The former is for everyone to observe, no matter what their religion, and focuses on all forms of Nazi persecution, and the date was chosen because it was the day that Auschwitz-Birkenau was liberated in 1945. The latter, though, is different. Yom HaShoah means “the day of remembrance of the catastrophe.” Sometimes it’s called Yom HaShoah v’HaGevurah, which means “the day of remembrance of the catastrophe and the heroism.” This is a day specifically for the Jewish community to reflect on the Holocaust, honor the victims and survivors, commemorate Jewish resistance during the war, and educate children about the history. This takes place on the Hebrew date of the 27th of Nisan, to correspond with the start of the Warsaw Ghetto Uprising, and this year that corresponds to today, April 28.

You might see a lot of social media posts about books to read — you probably saw a lot of posts about it back in January on IHRD, too. But it’s important to think critically about all books we read, including Holocaust books. Before I really dig into this, though, I do want to acknowledge something: there are many books about persecution of Jews by Nazis. However, while they were the primary targets, they were not the only victims. Other victims included Jehovah’s Witnesses, Roma, LGBTQ+ people, disabled people, political prisoners, and more. You can read more about that at the Holocaust Museum of Houston website, including further resources. It can be harder to find books about these persecutions, especially books written for younger people. When you do read, I would urge you to read books written by members of the groups targeted, whenever possible.

Which brings me back to this post: when Maus was being banned in Tennessee, bookish social media accounts started to post different Holocaust books, many of which were not by Jews, did not center Jews, or that have been denounced by various Holocaust museums. Many, many people wrote posts about how they’ve read different books about the Holocaust and how important it is that it be taught.

At first glance, it doesn’t seem to be a problem — after all, education is education, and awareness is good, right? Everyone seems to love Number the Stars (and sure, it’s a good book; I read it as a kid), so it’s all good, no? The problem is when we use these books that don’t actually center Jews as a stand-in for Holocaust books about Jews, or present them as books that represent the Jewish experience. Do we need to read books about the Righteous Among the Nations? Yes, of course. They were vital to the survival of so many, risking their lives to save others. But let’s be specific about what they are: books about courageous non-Jews during the Holocaust. Can non-Jews write about the Holocaust? Yes, but I would also hope that they’d have Jewish sensitivity readers, that their work would be rooted in facts, and that they’d be clear about what (and whose) stories they are telling.

The Question of Maus

So why did Maus strike a nerve with lawmakers? The false hysteria about nudity and a curse word or two aside, Maus is an unrepentantly Jewish story about the Holocaust. It’s not a feel-good story. Spiegelman doesn’t shy away from depicting atrocities and betrayals, sometimes committed by those known to his family. He shows townspeople who couldn’t be bothered to do the right thing. At times it feels like a quiet indictment against bystanders. There is no happy ending, even though his father survived the camps. Maus I and II are hard to get through.

To read Maus is to constantly be reminded of its Jewishness. Of the trauma that did not end in 1945.

Matthew Parker, in a viral Facebook post that he has since added to his blog, wrote about the response to Maus and made many excellent points. The books about the Holocaust that are generally taught in schools — and that people inevitably bring up in these situations — are typically gentle and palatable, with lessons focused on morals and doing the right thing. Although it is an important book, we don’t read about the atrocities Anne Frank faced in the camps when we read her diary. And as Parker notes, many teachers focus their lessons on those hiding her and her family. Number the Stars doesn’t actually center Jewish people. Another very popular book is built on blatant falsehoods and completely manipulates the brutality of the camps to create a tragedy that isn’t about a Jewish character at all, it just pretends to be.

What we teach, and how we teach it, matters. At a time when certain public schools are making headlines for how they teach the Holocaust, and when lawmakers want the Holocaust to be taught from “various viewpoints” — particularly an Ohio lawmaker who thinks it’s okay to teach the Holocaust from a Nazi perspective — truth is paramount. More than one in ten Americans under the age of 40 think the Jews caused the Holocaust, and 15% surveyed thought the Holocaust was a myth or has been exaggerated. Reading Jewish stories about the Holocaust written by Jewish writers — especially survivors or their families — is important. Parker has also written about erasure of the Jewish experience and how the Holocaust is taught. We need the ugly details. We need specifics.

Elie Wiesel’s trilogy Night, Dawn, and Day are other books that don’t shy away from the realities of the Holocaust. Night is his autobiography, while the other two are fiction. None are easy reads, but again, that’s the point. Atrocities of history are never easy to face, but it’s important to learn about them nonetheless. They are real events that impacted real people, and those events reverberate in families and descendants, even today. Even among survivors, tremendous losses occurred. That’s what happens when two out of every three European Jews are murdered.

I grew up with this history from an early age; nothing about this is abstract to me. At least one teacher of mine (that I remember) had numbers on their forearm. One teacher escaped Germany as a young boy right after Kristallnacht. Friends had grandparents who were in the camps or who were lucky enough to escape in time. We learned early that the Danube was not always so blue. Many of us read Maus as 7th or 8th graders, right after it won a Pulitzer Prize. Going to the Holocaust Museum, there was always the question in the back of my mind: are some of those eyeglasses from my family members? Are some of those shoes theirs?

Children, tweens, and teens can handle history, even “upsetting” history, when done appropriately. (And by “appropriately,” I don’t mean sanitizing, minimizing, or revising it.) Use those feelings they have as a catalyst for tough conversations. Channel it into taking action so that these atrocities don’t happen again; encourage them to speak up when they hear hate speech or see antisemitic propaganda.

Antisemitism is rising again, and as Faulkner said (I’m paraphrasing here), the past isn’t even past, which makes reading Jewish voices about Jewish experiences in the Holocaust particularly important. When stories supposedly about Jewish experiences decenter us and keep us on the periphery, it makes it easier to ignore all the warning signs today.

If you’re interested in reading more about related topics, check out this post on books about Judaism, and this post on remembering that there are a lot of YA books with Jewish characters that aren’t about the Holocaust, and why those books are important, too.