What are the highest rated books on Goodreads? The answer is harder to come by than you might expect.

Why Is It So Hard To Find The Highest Rated Books On Goodreads?

First, there is no easy way to sort books by rating in Goodread’s “advanced” search options. And while lists like Popular Top Rated Books exist, they’re populated and voted on by users, not generated through an algorithm.

That’s how an obscure book like NICU II and Victoria’s Incestuous Romance gets to the top of Most Popular Young Adult Books or Best Popular Romance Books, even though it’s neither YA or romance, and each list is supposed to have a minimum of 100K ratings: someone decided to be clever and vote for it multiple times.

Goodreads also has a “shelves” feature to define book genres, but again, the shelves are generated by readers and subject to user error.

Some lists have questionable parameters, for example Books With a Goodreads Average Rating of Over 4.5 and With At Least 100 Ratings isn’t terribly useful when the number of ratings is set so low. Can a book with 1 million ratings and a book with 100 really be considered as “competing” on the same playing field when it comes to ratings? After all, the more people who read a book, the more people there are who are bound to dislike it.

Also, bestsellers often attract readers who would never normally pick up that type of book. Whereas books with a lower number of ratings are probably being read by those who are already fans of the genre or topic, and therefore more likely to give it a good rating.

That’s why when creating this list, we didn’t solely rely on Goodreads’s “most popular” lists, nor is this list mathematically scientific. We took into account the number of ratings, the ratings spread (i.e., what percentage are 5 stars?), and the genre, since Goodreads heavily favors fantasy and young adult (as you’ll see in a bit).

Not seeing some highly rated books on Goodreads you think should be on here? Chances are it likely didn’t have enough ratings, was by an author already on the list (we limited it to one book per author), or we simply missed it! Hey, it happens. There are a lot of books on Goodreads. Feel free to mention it in the comments.

The highest rated books on Goodreads

And now on to the list of highest rated books on Goodreads (according to our calculations)!

The Help by Kathryn Stockett

A book club favorite, Stockett’s novel tackles heavy-hitting topics like race, gender, and class with a story that’s funny, heart-warming, and approachable. Despite the fact that it’s received a fair bit of criticism for its portrayal of African American women, it’s easy to understand why this book became such a huge bestseller. 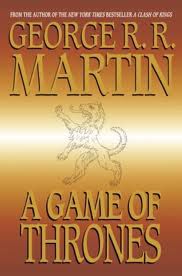 It’s not a surprise to see Martin’s epic fantasy series on Goodread’s Most Popular lists, thanks to the HBO TV series. But the fact that more than a million and a half people have read the books and the average rating is perilously close to 4.5 is a testament to Martin’s ability to tell a gripping tale and keep a plot moving over hundreds and hundreds of pages. No easy feat! Now if he’d only finish the next book in the series…

A Court of Mist and Fury (A Court of Thorns and Roses, #2) by Sarah J. Maas

If you haven’t read a book by Maas yet, maybe you should get on that. Her young adult fantasy series, A Court of Thorns and Roses and Throne of Glass, are both highly rated across the board, rarely dropping below 4.5. That’s probably why she’s been a Goodreads Choice Awards winner three times over.

The Way of Kings (The Stormlight Archive, #1) by Brandon Sanderson

Sanderson’s epic fantasy series are all hugely popular and highly rated, but the Stormlight Archive fantasy saga appears to be readers’ favorite. The average Goodreads rating for the books published in the series so far is 4.6.

Clare is another YA fantasy author whose books are frequently found in the top rated shelves on Goodreads. You might be more familiar with her Mortal Instruments series, but the Infernal Devices books are her highest rated—so far!

The Name of the Wind (The Kingkiller Chronicle, #1) by Patrick Rothfuss

Another epic fantasy told from the viewpoint of a wizard turned…bartender? Fans describe it as addictive, beautifully written, and inventive. Most of Rothfuss’s other novels are just as highly rated, including the sequel to this book, The Wise Man’s Fear.

The Last Olympian (Percy Jackson and the Olympians, #5) by Rick Riordan

Whether you think of this book as a YA or MG fantasy, Riordan deserves to be on a list of top rated Goodreads books. He’s won the GR Choice Awards more times than any other writer—seven since 2011—and every book he’s written rates above an average of four stars. The Last Olympian is the highest rated book in his Percy Jackson series at 4.5.

As mentioned before, the vast majority of the books above are fantasy, either of the YA or adult variety. So we decided to expand our list to include a few other popular genres.

The Nightingale by Kristin Hannah

Set in WWII France during the Occupation, this book will gut you. Guaranteed.

The Green Mile by Stephen King

As you might imagine, a list of the most popular horror novels on Goodreads is basically a Stephen King wash out, with a couple of Neil Gaiman’s novels thrown in for some variety. The Green Mile is the highest rated of King’s many novels.

I included two here because I wanted to.

The Essential Calvin and Hobbes by Bill Watterson

Who doesn’t love Calvin and Hobbes? Judging by Goodreads, only 1% of the human population.

If you know anything about manga, you’ve undoubtedly heard of Death Note, which is by far the most popular manga on Goodreads and ranks among the highest rated graphic novel series on the site.

TBH, I would have been shocked if Hoover wasn’t the author of Goodread’s highest rated romance. She’s a perennial Goodreads Choice Awards nominee and winner, and her emotional new adult romances have a super-loyal fanbase.

And Then There Were None by Agatha Christie

For some reason it’s difficult to find a highly rated mystery with more than 100,000 ratings on Goodreads. The Complete Sherlock Holmes could arguably be the winner at 4.5. But with nearly 5x the number of ratings, And Then There Were None from the Queen of Crime deserves to be crowned the highest rated with a 4.24 average.

(Looking for a mystery novel published in the 21st century? The Girl Who Played with Fire and Big Little Lies are both rated 4.23.)

To Kill a Mockingbird by Harper Lee

Classics are another genre with typically low Goodreads ratings. Probably (I’m speculating) because so many people are forced to read them in school. With 4.6 million ratings and counting, To Kill a Mockingbird is the clear leader, even though it’s only rated at 4.26. Pride & Prejudice is a close second at 4.23. And if you’re an Austenite with nothing to do and want to start a social media campaign to jack that number up, who am I to stop you??

Sapiens: A Brief History of Humankind by Yuval Noah Harari

4.45 is a very high rating for non-fiction on Goodreads, which is somewhat comforting in that it suggests people are engaging critically with their non-fiction content. In Sapiens, Harari tells the story of how humans became what we are, starting with our prehistoric roots and ending with a view to the future. Most people call this book enlightening and informative, although some accuse Harari of being, “biased against humans and society” and not offering proper evidence to support his claims. You decide!

Born a Crime: Stories From a South African Childhood by Trevor Noah

Noah’s memoir of growing up mixed-race in Apartheid and post-Apartheid South Africa is the perfect blend of fascinating, funny, moving, illuminating, and entertaining as heck. Noah can tell a story like nobody’s business (hint: the more off-topic he gets, the better the twist will be at the end), and I learned so much from this book.

Born a Crime is also one of the top rated audiobooks on Goodreads.

Let’s face it, if you’ve gotten to the third LotR book, there’s no way you’re not giving it a high rating. You’ve come this far, Frodo!

John Green and The Fault in Our Stars may own this category in terms of sheer volume of reads, but at 4.56 stars, The Hate U Give blows TFiOS out of the water. Last year’s Goodreads Choice Awards winner, The Hate U Give is a timely, unflinching, engaging, and über-relevant read by an author you need to have on your shelves. I imagine the rating will only go up after the movie comes out.

Dear Ijeawele, or a Feminist Manifesto in Fifteen Suggestions by Chimamanda Ngozi Adichie

Maas, Sanderson, and Clare all released highly rated books last year. Coming in right behind them is this non-fiction book by the author of We Should All Be Feminists. Inspired by a question from a friend asking for advice on how to raise her newborn daughter to be a feminist, Adichie offers fifteen essays on empowering little girls. Her suggestions are both general and specific and cover a wide range of feminist issues. Readers call this book relatable, readable, and powerful.

Want more Goodreads goodness? Follow the Book Riot Community page and get reviews, recs, and all the bibliophile discussion you could desire in one place.