Let’s dispense with niceties first: in praise of Melvil Dewey’s book classification system, the convenience of being able to locate one volume amongst many in short order is pretty nice. If we’re measuring merit based on how easy something makes life for us, Dewey’s system is certainly closer to the instantaneous gratification end of the spectrum than it is to, say, the naming-your-child-“Melvil” one. 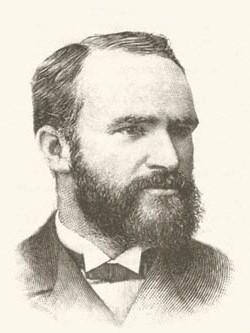 The Dewster himself. (Kinda dapper?)

On the surface: with Dewey Decimal, everything has its place. Like, everything. “Encyclopedic works in Catalan” have a numeric assignment. So does institutional housekeeping. If you want a book on blacksmithing, I can point you in the direction where it would, in theory, sit.

Still, this orderliness sometimes seems a shallow triumph, particularly if you consider how sometimes self-serving, and definitely anglocentric, Dewey’s categorizations ended up being.

The 200s
Ah, the religion section. Most likely because I’m in the habit of collecting religion degrees, the 200s were the first place where I was moved to stop shelving and pass, into the ether, the heated question of precisely WTF Melvil’s problem was. (Answer: christocentricity. We’re not escaping this piece before first naming several of Mr. Dewey’s privilege-blind spots.)

And the more minor slights within this system! Example: Dewey Decimal blithely files the Tanakh with the Bibles, though Judaism itself gets pushed back to 296. Um, thanks for hammering that co-option home? You let Islam keep its scriptures on its own shelf, guy.

There’s an internal categorical presumption that only Christianity discusses theological topics like theodicy, or the place of humanity in creation, in depth; and the once-categorization of Mormonism as something other than Christian. The 200s, from a scholarly or critical perspective, are a mess.

Psychology and Language (100s and 400s)
Other slights run along a similar track. The system numerically preferences romance languages to “others,” which, as with religion, take up the latter 10% of the 400-section. The occult gets held far apart from religion, in the 100s, between philosophy and psychology–a placement that reeks of judgment to me. I’m willing to scoff at ESP and the belief in ghosts; I’m not ready to relegate believers to psychological misfits.

000/600 and 900s
Computer sciences, inexplicably, got assigned a number in the miscellany–the early 00s–rather than amongst technology books, so they scramble for early shelf space. Over in the 600s, where they properly belong, railroad engineering and animal husbandry, which are not so much with the change at this point, keep their room, leaving none for actual technological development. And over in history!: it’s good to see that Ceuta and Australia are on equal numeric footing. Because, you know: point out Ceuta on a map.

Look: I know that some of these decisions are a product of the time, and place, in which Dewey was working. Amherst College circa the end of the 19th century was not a terribly diverse place to study. I’m sure that the complaints I’m lodging made less sense in light of what Amherst’s library actually stocked. And I know that the slights and inconveniences are easy enough to work around, what with reliance on smaller decimals and such. HOWEVER: we are beyond late-19th century Amherst now.

Changes have been made in the past. An editorial board meets twice a year to discuss Dewey’s classification system, and 23 editions have been issued thus far. The most recent came out in 2011.  Some of Dewey’s initial sexism has already been purged: we no longer treat women’s education as its own phenomenon, we no longer file “women’s position and treatment” with the folklore, we no longer ostracize Latter-Day Saints. These are clearly moveable mountains. It’s difficult for an outsider to reasonably discern why we can give women their due, but not a religious tradition with 1.2 billion adherents (which still shares one tiny number with Baha’is).

Is this system really a comfortable fit in libraries across the 135 countries where it’s supposedly used, where its “others” are the majority? Every time I shelf non-fiction, I’m reminded anew that more adjustments seem drastically overdue. How long should nonfiction take a number–ugh, such a shoddy pun!–for its own reconfiguration and modernization in our increasingly global community?