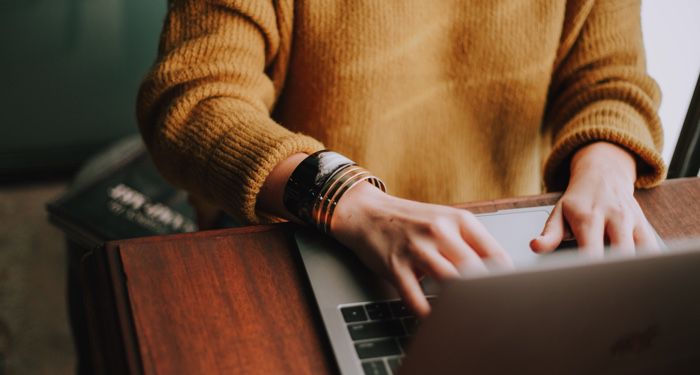 I started using Goodreads in 2009 when I was still in high school. I’ve used it off and on over the years, weirdly dropping off use around my final year of college, and then—inexplicably—picking it back up again to do a 52 books reading challenge in 2018. I’ve been a regular Goodreads user ever since. In good company, I’m one of the 19 million others who use Goodreads today.

I primarily use the site for cataloging—it’s my method for keeping track of the books I want to read and the books I have read. That, and the handy reading challenge counter, help me track my progress toward my yearly reading goal. But that’s about it. For book discovery, community, tailored reading recommendations, I tend to look outside Goodreads because I’ve found there are places that serve these needs better.

Additionally, I learned that Goodreads—like IMDb, Twitch, Whole Foods, Zappos, and more—is owned by Amazon. Amazon bought Goodreads in 2013, but I find few users and readers are even aware of this today, in part because Goodreads looks pretty much the same as it did pre-Amazon. What’s the point in being owned by a (problematic) megacorporation if it doesn’t even result in improvements to the platform?

All of this left me wondering about Goodreads alternatives. I know several other bookish sites and apps exist, but hadn’t explored their unique features because I’ve just always been on Goodreads. So, I decided to talk to other readers and users, as well as those who’ve started “Goodreads alternatives,” to see what else is out there!

BookSloth is a mobile app—with a web version hopefully coming early 2021!—for young adult readers to connect with one another and discover books. It’s based in Puerto Rico and was founded by Xiomara Figueroa and Lincy Ayala in September 2017, in the wake of Hurricane Maria. After the hurricane, Puerto Rico didn’t have phone service or internet for weeks, or electricity for months, and Figueroa and Ayala found themselves turning to books as an escape from their reality.

At the same time as books were their escape, they also realized how necessary it is to connect with other people during such difficult times. Books and connecting with others through reading became the driving forces behind creating BookSloth. Ultimately, Figueroa and Ayala left their full-time jobs in 2018 to work on BookSloth.

I asked what they thought Goodreads was lacking. They felt the design was outdated and the recommendations were not specific enough, and these were two of the primary things they sought to change with BookSloth.

But they knew that as a start-up it would be difficult to build the catalog and uses to compete with Goodreads. Many users—myself included—have stayed on Goodreads for all these years because it’s where our data lives. So, BookSloth built a Goodreads import tool, where users can link their account and automatically add all the book history into their BookSloth Profile. They also focused on a clean, user-friendly design. Perhaps most importantly, they add new layers to reading recommendations.

Ayala says, “Our unique rating system adds a new dimension where readers can choose which elements they love about their books, like the characters or world-building, this allows us to recommend books based on the elements that matter to them most.”

Ayla says their goal is to create a very curated experience for users, which is something we’ve become accustomed to in a world of algorithms and user tailored experiences.

So, if you’re primarily interested in young adult literature, and you’re looking for more tailored reading recommendations, you may want to give BookSloth a try.

Bookly is focused on building your reading habit.

Founded in December 2016, Bookly is an app for organizing your books and working on your reading habit, available in both a free and premium (paid) version. Bookly is focused on improving your reading skill, helping you efficiently track your progress, and keeping you motivated to read.

There are all sorts of things you can track with Bookly: your reading speed, the number of books read, hours read, etc. And, at the end of the month, you’ll get a personalized report with your stats, so you can see how your reading is improving over time.

Bookly helps readers build a habit, much like someone might use a fitness app to help build a workout habit. As Bookly founder Tudor Iancu puts it, “we like to say there’ll be less reading slumps and more reading sprints for all our users.”

In our conversation, Iancu wondered if readers would even consider Bookly an alternative to Goodreads, as it wasn’t Bookly’s intent to create a “Goodreads alternative” at the start. Rather, they saw a gap in the market for an app that help you read more, and decided to create a solution to that problem in Bookly.

But for some users Bookly could be the alternative they seek. For example, the only features I frequently use on Goodreads—creating a to-be-read list, tracking books read per year, and striving for a growing reading goal—are available in the free version of Bookly.

Ultimately, Bookly is there for you to help you read more. If you’re looking to foster your inner motivation to read, this could be the app for you.

Founded in 2012, Libib is a home library management app, available in a free standard version and a pro (paid) version, which can be used to organize media: books, movies, video games and music. The standard version is geared toward cataloging a home library, and the pro version includes the ability to circulate items, which is geared toward organizations that have lending libraries.

Libib founder, Javod Khalaj, says, “We’re concentrating on cataloging at the moment, and moving away from the social media aspect, which we have explored in the past. I would say if a person wants to have a private catalog of their home library, Libib is a great alternative to Goodreads. If they’re primarily in it for the sharing and social aspect, Goodreads is likely the better choice for them.”

When developing the app, Khalaj was personally interested in having a better interface for cataloging the books in their own home library, so that remains Libib’s core purpose today.

And if you already have an extensive library of books on Goodreads, but you’d just like to have them better organized, you have the option to export your Goodreads library to a .csv file, which can then be uploaded to Libib.

Arguably, Instagram, especially the bookish corners of the app, often referred to as “Bookstagram,” offers a community and social aspect that some might consider a better alternative to Goodreads.

Bookstagrammer Lupita Aquino of @lupita.reads is a Goodreads user, but much like me she uses Goodreads just to track her treading, and not for recommendations or community. Rather, Lupita typically gets book recommendations from other users on #Bookstagram. “In terms of tracking books and sharing reviews, Goodreads does the job for me. However, in terms of community, I seek that out on Instagram,” she says.

Aquino feels Goodreads is lacking in social functions she looks for from a reading app, such as group chat rooms for readers who are reading the same book to engage with each other, or other similar tools to facilitate book discussion.

“There is a huge community of book lovers on Instagram that could also connect via Goodread, but often don’t,” she says. Aquino says she’s also used the app Litsy in the past, which allows users to upload a photo of a book with a short review. Followers and other readers can comment on other users’ posts. However, she thinks a lot of users are hesitant to engage with separate apps, especially if they are already using Instagram, Twitter, Pinterest, or Facebook to talk with others about books.

The Storygraph is focused on tailored reading recommendations for the mood reader.

Finally, we have The Storygraph, an app and website to help users track their reading and choose their next book. Founder, Nadia Odunayo started customer research for The Storygraph in January 2019 and launched the first beta of the site in July of the same year. She then released a second iteration in January 2020. In June 2020, The Storygraph received a massive spike in new users, which today is up to 16,000 people a week use the site, though the site is still in beta.

Interestingly, like other founders, Odunayo also says she didn’t set out to build a “Goodreads alternative,” emphasizing that she specifically didn’t want to do that. In some ways, she thought about her app as a companion to Goodreads. In other ways, she didn’t want to build a Goodreads alternative because she thought simply improving a platform that already exists would limit her imagination as a creator to develop something new.

However, Odunayo admits, “there are Goodreads users who want something better, and we have a lot of those users on Storygraph.”

In her extensive customer research, Odunayo identified a lot of Goodreads users felt pain points with reading recommendations, especially “mood readers,” or readers who read multiple books at once or change their TBR based on their changing mood.

One of Storygraph’s core features is a recommendations survey, which features reading genres, elements, themes, and moods. Readers can identify what they do and don’t like. They can also filter their recommendations and lists with different criteria as their reading mood changes.

“In a way, you can talk to the site,” Odunayo says.

Storygraph also offers a lot of features that Goodreads users have long been asking for, including a DNF button, a “books I own” classification, more granular star ratings, more detailed stats, and trigger warning filters, among them.

And Odunayo says that when people coming from Goodreads see these features on The Storygraph, it’s difficult for them not to compare the site to Goodreads, but in reality the ideas for those features didn’t come in response to what Goodreads is lacking, they came in response to user feedback. Odunayo has had to ask her users a lot of questions to determine why they want certain features—like shelves or tags, for example—so she can design features that fulfill what the users need, not just what they’re looking for from past experience on Goodreads.

Ultimately, the lack of development and response to reader feedback has been one of my personal biggest issues with Goodreads over the years. So, it has been encouraging to watch The Storygraph adapt their (still very new) product to user feedback.

Bookstagrammer Mariah Coffelt of @layoversandliterature agrees. She says she has used Goodreads for years, but primarily uses The StoryGraph now because the recommendations are more accurate and personalized, saying it “feels like it’s more in tune with the user. Less like a website recommending books and more like an actual person who knows you.” Coffelt said another aspect of wanting to find an alternative platform was to find one that wasn’t owned by Amazon.

At the time I interviewed Coffelt, the only feature she wished to see The StoryGraph add was a trigger warning filter for search and recommendation, so readers could filter out content that might be triggering to them, which was a feature the platform was actively developing with user feedback—a perfect example of the platform’s responsiveness to user feedback.

A Bookish Site for Every Reader?

If you’re dissatisfied with the features Goodreads has to offer, it’s likely there’s a platform out there that will better serve your needs.

We’d love to hear from you! What do you look for in a book platform? What are your must-haves? Do any of these platforms have the features you seek if you’d like to leave Goodreads? Or, might you use them in addition to Goodreads?